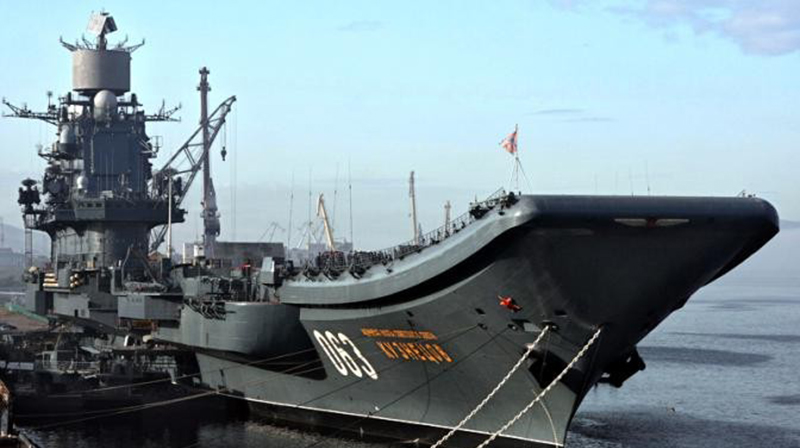 Original by Sergey Ishchenko published by Svobodnaya Pressa; translated from Russian by J.Hawk

One of the main mysteries of the war which continues in Syria is why aren’t the efforts of the Russian airgroup operating from Hmeimim airbase supported by Russia’s sole aircraft carrier, Admiral Kuznetsov? Every similar conflict with US participation starts with carrier battle groups approaching the adversary’s coast and with carrier-based aircraft being launched with their maximum payloads. Why aren’t we doing the same? If we don’t need Admiral Kuznetsov in Syria, why do we need that ship at all?

Particularly since the ship itself, judging by Russian MOD statements, is being actively readied for a sortie into the Mediterranean. In late August when Moscow apparently already made its decision to enter the war against ISIS the carrier was rapidly completing its three-month docking at the Roslyakovo shipyard near Murmansk. By late October all of its systems achieved full readiness. Since that time the Admiral Kuznetsov has been training on the Northern Fleet naval ranges.

Since late October, the pilots of the 279th Separate Shipborne Fighter Regiment which uses the Su-33 heavy fighter have been practicing starts and landings. All of them had undergone training at the Nitka training facility in Crimea which is an exact replica of the  Admiral Kuznetsov flight deck. And now they are flying from the carrier itself.