As a result of a technical error, the TRT Haber TV reported on November 5 that the Azerbaijani military is attacking civilians in the disputed region of Nagorno-Karabakh.

The error occurred when the Turkish-state run news channel was broadcasting a report from the conflict region. It is unclear if the channel apologized for the error. A technical error was clearly behind the TRT’s report. Nevertheless, the report itself is not false. The Azerbaijani Armed Forces have been shelling civilian settlements in Nagorno-Karabakh since the outbreak of the battle there on September 27.

According to the Armenian Unified Infocenter, Azerbaijani shelling has, thus far, claimed the lives of 50 civilians and injured 148 others.

On November 4 and 5 a number of settlements, some of which located near the cities of Shushi and Stepanakert, were shelled by the Azerbaijani Armed forces with artillery and heavy rockets.

From its side, Azerbaijan claims that Armenian forces are shelling civilian settlements within its territory on a regular basis.

So far, Armenia and Azerbaijan have agreed to three different ceasefires. All collapsed within a few hours. A political settlement for the conflict in Nagorno-Karabakh is still apparently far from possible.

Did you say porc? 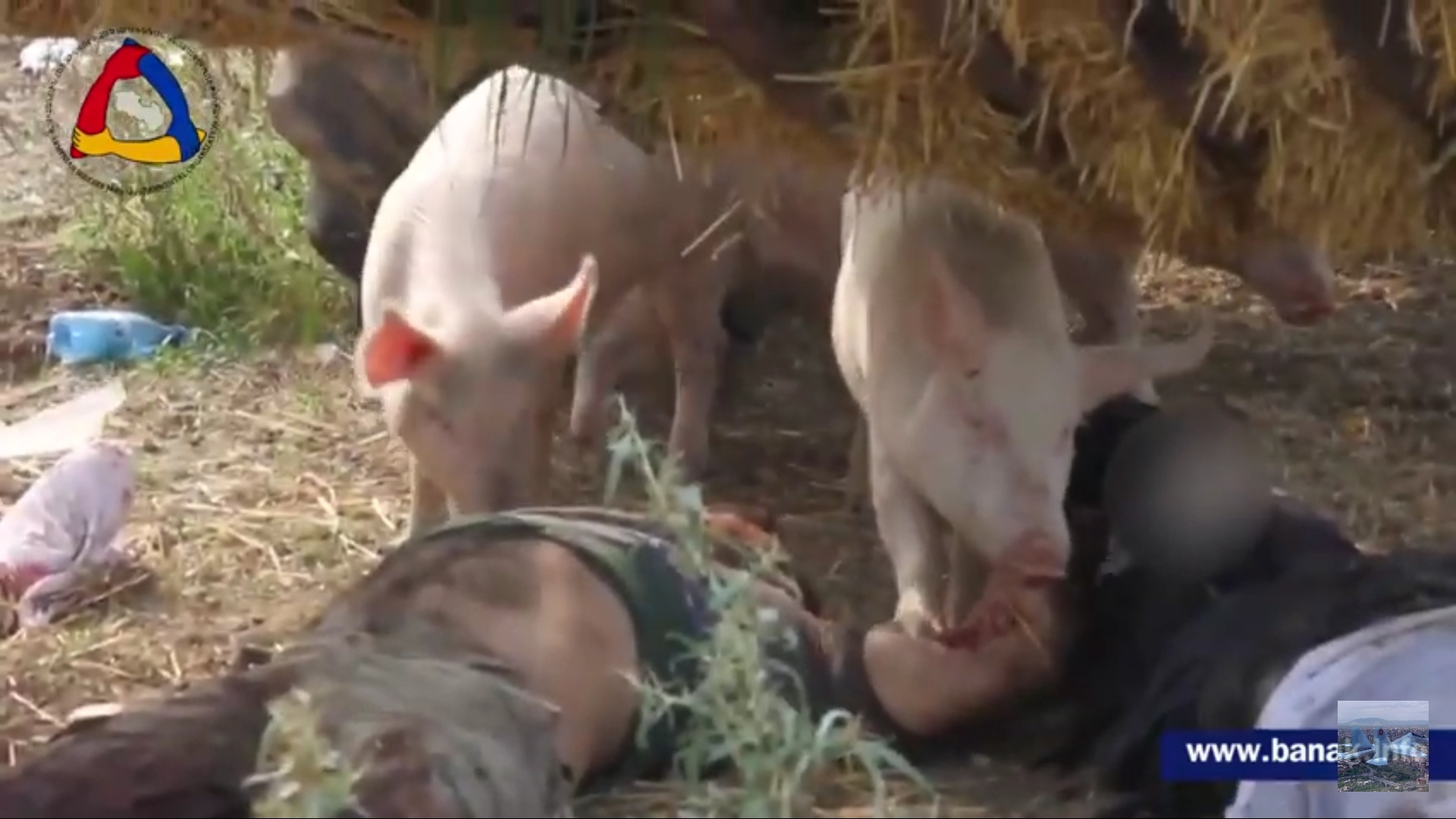 Nice try, islamist / jihadist lover … everyone, including you knows you’re lying … hahahaha … it’s actually a lot of fun, because you’re accusing me of something I’ve never done! …. in fact, I am one of the few people here who shows / tells the truth about the real ideology of jihadi / wahhabi and other islamic criminals that you support and appreciate very much and that this ideology is ISLAM … this it’s actually what “hurts” you and the other Islamic terrorists who commit horrific crimes all over the world and most recently in Europe …

And I’m glad you’re finally acknowledging that the ideology of islamic terrorists is a satanic cult … but I know, you and most islamic followers are trying to deceive ignorant people about what’s really behind this criminal ideology.

If you ask me if porc = pork , then my answer is yes…and halal means that is permitted to be eat..:)))

Greetings, SouthFront has a very soft moderation policy. However, we will not tolerate the spam of pictures and videos (dead bodies or any other graphic/disgusting content) in the comment section, especially if this is done with the purpose of insulting other people.
Please, consider this as a warning. If you continue to act in this manner, you could be banned.
Best regards,
SF Team

Parmenius….My name is Maximus Decimus Meridius, commander of the Armies of the North, General of the Felix Legions and loyal servant to the true emperor, Marcus Aurelius. Father to a murdered son. Husband to a murdered wife. And I will have my vengeance, in this life or the next..:))

And I am the Angel of Death….from my favorite songs

Have you been to the Colosseum? I went … and to ancient Carthage … and to the desert of Libya …

ı havent been yet unfortunately…ı was listening this song…watchmen hbo series..
https://www.youtube.com/watch?v=CIGZdjTf2_4

I am Bad Mother F*cker

Turks do what they know best. Genocide native population and populate the land with mongoloids.

Isn’t Goranboy and Terter in Azerbaijan with Azerbaijani civilians in it?
Anyways, even if Armenian civilians die from shelling, the ratio (even official) of civilian vs military casualties Armenia clearly shows who is targeted.

Hey, turds…get your sh*t together…