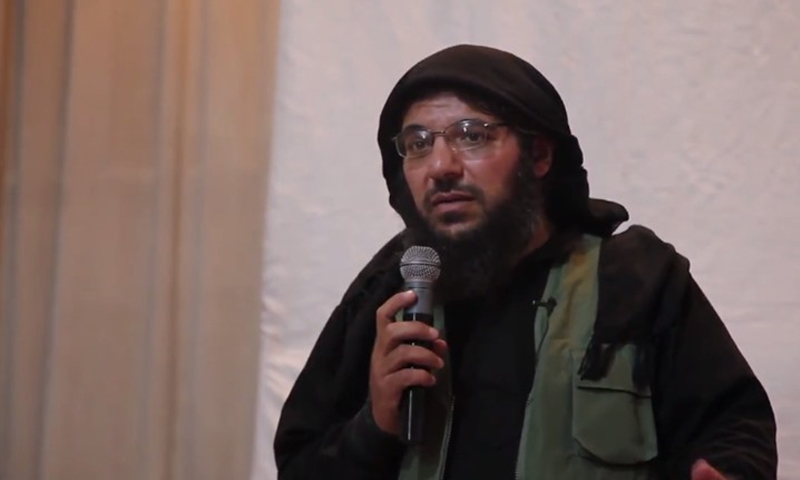 Abu Malek al-Tali, a prominent Jihadist that recently resigned from Hay’at Tahrir al-Sham (HTS), has reportedly returned to the ranks of the al-Qaeda-affiliated group.

Al-Tali left HTS on April 7, claiming in a statement that he was being kept away from the group’s shifting policies. Back then, some sources revealed that al-Tali had problems with close aides of the terrorist group’s leader, Abu Mohamad al-Julani, who was also ignoring him.

“With regards to Sheikh Abu Malek, we want to announce that our brother has returned to the group, thank God, after meeting with al-Sheikh [Abu Mohamad al-Julani],” the sources quoted al-Qahtani as saying.

Al-Tali, whose real name is Jamal Hassan Zayniyah, was the top commander of HTS in the region of Qalamun (on the Syrian-Lebanese border) in the period from 2012 to 2017. The terrorist lost all of his battles against the Syrian Arab Army (SAA), the Lebanese Armed Forces (LAF) and Hezbollah.

The return of al-Tali will likely calm down the tension within HTS. Al-Julani may have opted  to return al-Tali to avoid an internal backlash against him.

Much like most mercenaries, they only want to stick around when things are going well. Maybe jamal got a nice little desk job, processing slaves or something?

Or maybe the leadership will put jamal in charge of the chemical weapons nato have donated? hoping that he will bungle that too. It’s back to washington or die for most of the scum.

Maybe even pressure from Turkey? HTS took a bad beating this year, many of the front lie guys are unhappy & it wouldn’t take much for an internal war to kick off.

Still managing to cuddle despite covid i see

They’ve got dirt on him, videos probably, standard zio/cia technique for control.