On October the 2nd, Colombians voted on whether they accepted or not the agreement signed between their government and FARC-EP (Revolutionary Armed Forces of Colombia – People’s Army) to put an end to the longest armed conflict in the world (over 50 years). There were two options to decide from: yes/no in regards to the support from Colombians to the implementation of the arrangement reached after over three years of negotiations. 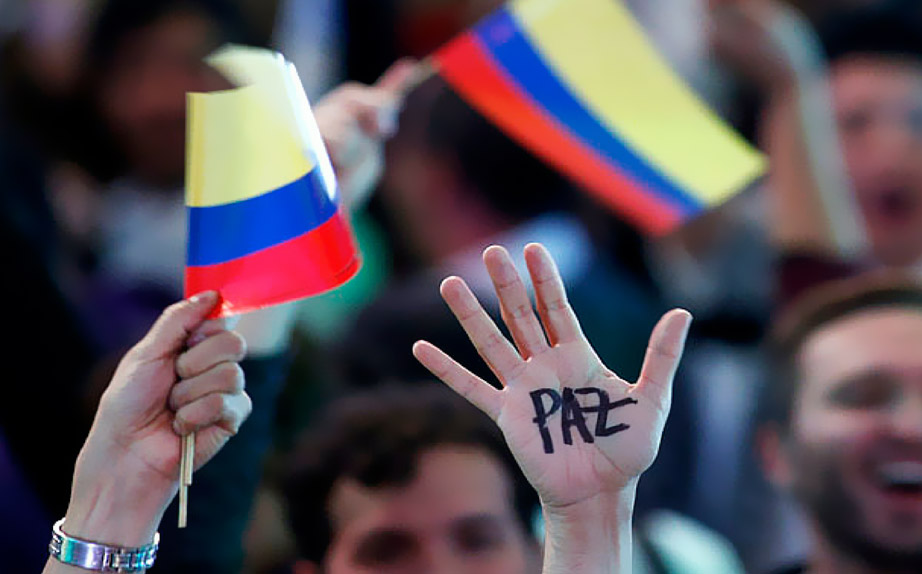 Surprisingly, and against any forecast, “NO” was the majoritarian choice amongst Colombians, but, how could someone decide not to endorse a process that aims to put an end to years of violence and conflict?

According to the results of the popular election, the negative option had been superior to the positive (50,23%) in localities where the conflict hadn’t actually had a significant impact (or no impact at all in some cases) and also in those areas where the population’s socio-economic situation was better (namely mid and high classes) than the one of the conflict zone itself. How to explain that?

Perhaps the most appropriate explanation would be that that sector of the Colombian population is not interested on accepting a permanent truce with the members of the guerilla if they didn’t receive an important punishment for the “crimes” committed, which would also means that a proper re-introduction to society and a future participation of FARC militants in the political life of Colombia could hardly take place.

Now, what was the opinion of those who live in the areas directly affected by the war between the national army (paramilitary organizations included) and the subversive group? Of course they wanted to ratify with their vote the agreement reached in Havana earlier this same year. People living in the affected zones, peasants mainly, received the results of the election with deep sadness. Why was peace being denied to them?

Is it due to a war of interests where the casualties are only numbers and those numbers represent profits of different kind? This conflict is actually very complex for it encompasses a series of situations such as the violence implicit in every known war, drug production and smuggling, paramilitaries working for powerful economic and political classes, a constant influx of refugees fleeing from war to nearby territories such as Venezuela or Ecuador and the validity of a struggle fed by socialist ideals through the armed way.

Even if the agreement aimed to solve different problems in regards to the aspects cited above, a fierce campaign to promote “no” was held by members of the Colombian far-right wing in order to make no concessions with the militants of FARC. One of them was Álvaro Uribe, former president of Colombia with proven links with the paramilitary in the South American nation. According to the opposition, they do want peace, but not like this. Nothing surprising coming from the ones who have fueled the conflict for years.

After the results of the plebiscite, the president of Colombia, Juan Manuel Santos immediately started new conversations with all the sides involved in the process in order to maintain the ceasefire in a permanent and long-lasting way. However, it’s been said that the bilateral ceasefire will last until yearend.

What about paramilitaries attacking civilians with total impunity? What about media being accomplices of such crimes blaming the militants of FARC instead of recognizing who is really behind the brutality?

There’s still a long way to go for Colombia before peace is fully granted, but until that moment comes it is absolutely necessary to consider, after the results of the referendum, are FARC really the responsible for years of a conflict that has seriously wounded the country or are there other characters orchestrating war from the dark?

The voting % is too small to compare and it’s highly possible that some vested interests had prohibited people to go the booth and cast their vote. Remember a few years ago, when Chavez arranged a same kind of referendum on whether he can be the President for more than twice or not. In the first round, “no” has won because the supporters of Chavez were too confident that they will win and many just don’t care to cast their vote. And don’t forget to mention the role of media, church to make propaganda campaign against Chavez. But, on the second round, when the supporters were much more organised, Chavez won with ease. I am sure that the same thing is true for Colombia too. If President Santos really want peace, then he should arrange a second round and let the supporters of “yes” campaign some more space to do the job. In fact, the difference is very small, just 0.4% and that can be overcome easily.

Just to clarify the current situation in Colombia. President Santos, the Nobel laureate, represents everything it is bad made by Colombia oligarchy. He (as defense minister and vicepresident), and Álvaro Uribe (as president) are involved in the killing of more than 2000 innocent colombians for the sake of cash rewards for military chiefs and officials. They BOTH are part of an corrupted MAFIA that has ruled Colombia since its independence, and which is widely involved with para-militarism.

FARCs is another kind of MAFIA, driven by money and power. Made of plain brutality and drug smuggling in its more straight forward terms. It has nothing to do with political ideology.

People voted NO because it was a chance to display disagreement with oligarchy and brutality, and against a peace agreement made to suit the interest of these two mafioso gangs. People did not show at the voting stations (less than 40% participation) because they do not feel themselves represented by an unfair agreement.

Note that SANTOS did not resign after such a disastrous results for his cause, and said he will use “up to the last minute” of his term fighting for peace. upbeat by the Nobel Prize, he is now dealing yet another deal with ELN, without any change on the methodology or the objectives. Unfortunately, this time we will work harder to get the voting OK, not meaning that anyone is happier with this new agreement.