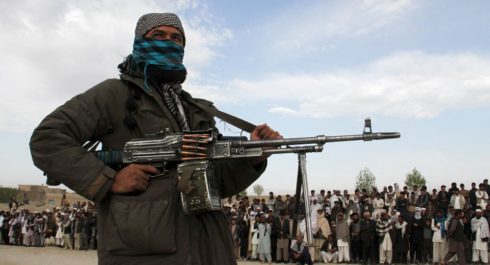 On July 15th, a new UN report revealed that nearly 1,700 civilians were killed during the first half of 2018, the highest death toll in ten years of record-keeping. More than half of them are attributed to the Islamic State.

In the past several days even more civilians have fallen victim to attacks in Afghanistan.

On July 22nd, CBS News reported that Afghan authorities had said that a suicide bomber took the lives of fourteen people in an attack near the Kabul Airport. Reportedly, the blast narrowly missed the Afghan vice-president, who was returning home after living in Turkey for more than a year. Among the fourteen people killed were civilians and military forces, whereas 50 people were wounded, the police claimed.

Gen. Abdul Rashid Dostum and his entourage were not harmed in the attack. On that day he was returning to Afghanistan after leaving the country in 2017 when the attorney-general’s office launched an investigation into allegations that his followers had tortured and sexually abused a former ally turned political rival. He has also been accused for war crimes after the fall of the Taliban government in 2001 and has been criticized by the US for human rights abuses.

On the evening of July 22nd, at least 25 militants were killed, and five others were injured during airstrikes and clashes.  Provincial Governor Abdul Hai Nemati told Xinhua 11 militants were killed, in two separate incidents. The deaths were the result of two drone strikes launched by US and NATO-led coalition forces in Burka and Dahana-i-Ghori districts in the Northern Baghlan province. In the Eastern Ghanzi province, Xinhua reported, six Taliban fighters were killed and five were injured after clashing with security forces in Chahar Dewal village of Andar district, according to provincial Police Chief Farid Ahmad Masha. Additionally, Afghan security forces launched an air strike on Sado Tangai village of Nawa district in Ghazni, where an ISIS hideout is located, thus killing eight ISIS militants. Reuters reported that the increase in ground and air offensive against the Taliban by Afghan Security Forces, as well as NATO and US troops is due to an alleged plan to force the Taliban movement into negotiations with the Afghan government.

On July 20th, officials announced that at least 14 civilians, including women and children were killed in an Afghan-US aerial operation in Northern Kunduz province. Reuters also reported that the officials said the incident is still under investigation about whether the Afghan or US aircraft have caused the casualties. A statement from the U.S. military said there was no indication that its aircraft were responsible. A statement from the Taliban about the incident claimed 28 civilians had been killed and blamed the US forces for the deaths. The raid happened in Chardara, a district outside Kunduz city. The region has been fought over for a long time between Taliban and local security forces. RT reported that the 14 civilians were an entire family. The article further reports that civilians claim that they were not warned about the incoming air strikes. Locals interviewed by RT have exclaimed their protest against US presence in the country.

On July 17th, CBS news reported that an Afghan official claimed that an ISIS suicide bomber had killed 20 people in Northern Afghanistan, including a Taliban commander. Provincial council chief Mohammed Noor Rahman said that the explosion occurred in a mosque.

On July 22nd, NBC News reported that former Afghan Taliban members and US officials were holding indirect talks in an attempt to progress towards peace talks. According to Taliban sources the talks have been held in Afghanistan, Qatar and the United Arab Emirates. The Tribute reported that a negotiator from the Taliban explains that meetings have never been joined by more than five Americans, while the latest meeting was in Doha. It reportedly had “very friendly” atmosphere, with “tea and cookies.” US Department of State has not confirmed any meetings have taken place, however added that all avenues for peace were being explored. The Tribute also reported that a Taliban commander has described US interest in peace as “unprecedented.”

Australia has pledged support in helping Afghanistan transition from its Russian-made Mi-17 helicopters to Blackhawks. This comes after Pentagon has warned that the helicopters might not be a good fit for the Afghan military. The Blackhawks reportedly can’t carry as much or fly as high as the Russian helicopters and they are also much harder to maintain. They require a high level of literacy, something which Afghanistan is falling behind in. Australia, being one of the only NATO nations that currently fly Blackhawks announced their assistance. Furthermore, Australia already supplies aviation advisors to Afghanistan under NATO’s Train, Advise and Assist mission.

All of this comes after the ceasefire enforced by the Afghan Government and Taliban movement officials during the Eid al-Fitr holiday. The truce led to a dramatic decrease in bloodshed, however there were two incidents, both caused by Islamic State during the ceasefire that could not disrupt the celebrations. It is a crucial development, since the ceasefire shows that there is a strict chain of command and leaders on both sides can force peace for long enough to engage in peace talks, after the US has reportedly showed willingness to partake in those. That is something Taliban officials have requested for a long while, declining all of President Ghani’s offer of Afghan government to Taliban negotiations.

The war in which Afghans are primarily killing each other is much more rife with crime and collateral damage than when NATO was doing the dirty work, why am I not surprised…

Indeed, there has been no shortage of NATO dirty work in Afghanistan, but since when did they pull out exactly? Do tell.

Purchasing and operating Blackhawk helicopters is the last thing Afghanistan needs to prioritize.