SKY7, a helicopter from ABC7 News, has spotted a rocket at Alameda Naval Air Station. The rocket allegedly belongs to a stealthy aerospace research and development firm, which doesn’t even have a name yet.

ABC7 News obtained a lease application filed with the city of Alameda from local officials. According to the document, the rocket is named  Astra. The received document reportedly contains a scale diagram showing the rocket’s diminutive size and capacity compared to the SpaceX Falcon Heavy. The Astra rocket is designed to carry only 100 kg while the SpaceX Falcon Heavy – 56,000 kg. ABC7 News also claimed that the company is going to turn Alameda Naval Air Station into a space technology hub.

more like another propaganda to show the world that america still got it..

Yes, if the rocket was top secret even the Americans would have worked out that a tarpaulin sheet covering it was a good idea :)

They would have shot this SKY7 out of the SKY…

Never over estimate the Americans.

They excel in their mediocrity :)

same with the embrassing display of US dropping MOAB on afghanistan and claimed they hit ISIS with super bomb.. that just silly posturing and propaganda.. and it is sad to see the once mighty US military now have to resort to childish propaganda to show that they still a powerful military , even when their forces rot under endless perpetual war..

I did not really understand this at all. May be it is locally newsworthy but
outside that it was just a piece about a micro satellite launcher.

A cardboard cut out replica of a missile.

likely, especially since it “stealthiness” ended up in public space so easily.

Would this be a long-range missile?

These small satellite launchers could be a sky watch hobby for the well to do. A 200 lb satellite could support a pretty good size camera with day and night vision and thermal capability to watch the approximately 70% of terrestrial and 30% of ET UFOs flying around our planet from a much better vantage point. You might even get a close up of a ship or probe doing a fly by to check out the new satellite.

This link contains a 36 second recording of beamship field drive sounds from the Meier case:

This is similar to what I heard in the distance last summer during the contact op on the mountain top plateau entrance to the dry lake bed basin before the close encounter with the unidentified creature or creatures.

Once you start to get audible, visual or telepathic confirmation of possible ET contact, then you have to start making a friend or foe assessment to determine if you’re dealing with friendlies, neutrals or hostiles. And how you’re going to deal with the developing situation. Last summer I decided to deescalate and disengage. I wasn’t planning an outreach, it was just a site recon night op. And when the contact began, I wasn’t prepared for what happened, so I got out of there before it became a potentially life or death situation.

Most of the camera equipment and accessories for kinetic energy weapon builds is in and I’ll be making a trip to the UPS store later today to pick it up. At completion the .223 will have an adjustable pistol grip stock, bipod fore grip, electronic illuminated red green ranging reticle scope with quick release mounts in case I need to get it off and go with iron sites, 2 point sling, 30 round magazines with 120 rounds of green tip armor piercing and 100 rounds of tracer ammunition and a 500 lumen tactical light with red laser sight. The 9mm will have an 80 lumen tactical light with green laser sight.

Last summer on the edge of the small plateau at the top of a 3,000 foot high head wall that leads to an 800 foot high break in the mountain top basin wall leading to the dry lake bed. I had the stock 9mm, a small 200 lumen hand held flashlight, and my Galaxy 6 smart phone. If I’d had the night vision camcorder that I just bought, and the 9mm and .223 set up for night work. I might have held my ground longer, rather than retreating, to get a better idea and look at what I was dealing with. 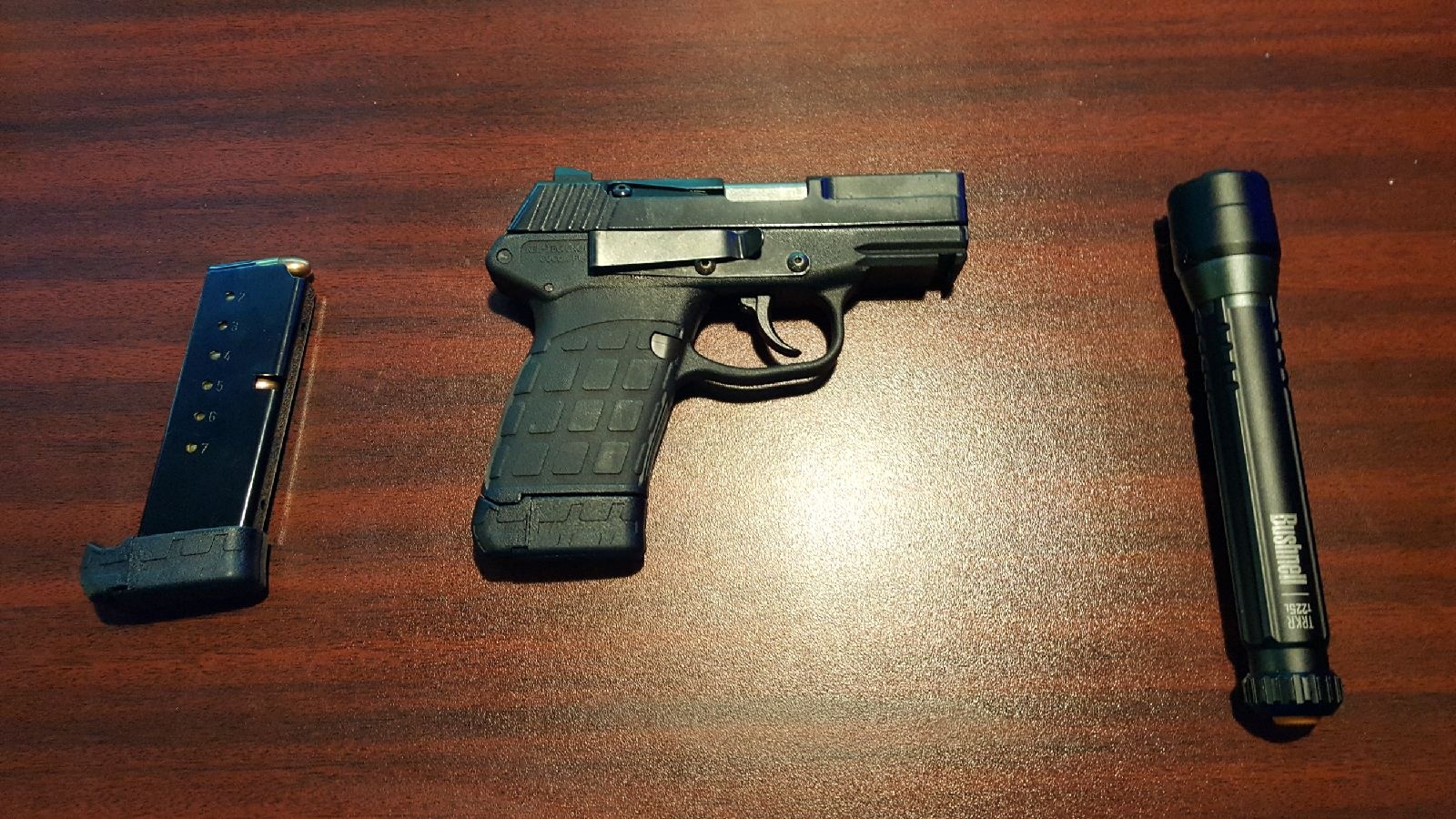 Non relevant news at all.