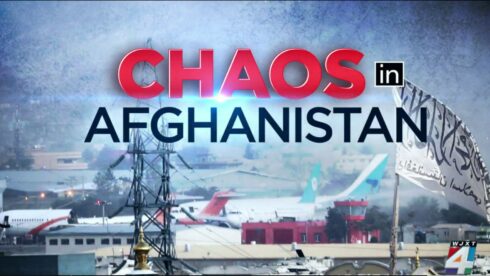 A paradigm shift in jihadist thinking suggests that the US invasion of Afghanistan may prove to have achieved more than many counterterrorism experts would want policymakers and military strategists to believe.

Similarly, the paradigm shift also hints at the possibility that the presence in a Taliban-governed Afghanistan of various militant Islamist and jihadist groups could turn out to be an advantage in efforts to prevent and contain political violence.

The evolution of tensions and unfolding of differences in the world of Afghan militancy will constitute a litmus test of the shift and how history will ultimately judge the United States’ 20-year forever war in Afghanistan in terms of counterterrorism.

The shift involves a move away from cross-border and transnational acts of violence towards local militancy and the garnering of popular support through good governance based on an ultra-conservative interpretation of Islam. It is a difference in strategy that constitutes one of the ideological and strategic differences between Al-Qaeda and the Islamic State.

“This is not because (the jihadists’) ideology has softened: It is because they have learned that inviting overwhelming reprisals from modern militaries is the fastest way to forfeit their conquests, squander their influence and be forced to start all over again,” said scholar and journalist, Hassan Hassan, in a lengthy piece of rare up-close reporting on jihadist militancy.

“Contrary to how some understand the US withdrawal in Afghanistan, the lesson extremists are taking from the Taliban’s success is not simply that jihad works but that diplomacy and engagement are a necessary part of the process, which includes reassuring the West about external threats emerging from their areas. What can be gained from parlays in Doha is more significant and lasting than any terror attack,” Mr. Hassan went on to say.

The shift amounts to a return to the pattern of Islamic militancy that historically is rooted in local grievances and conflicts. Mr. Hassan also describes the Islamic State’s transnational jihadism that targets the West,  long embraced by Al-Qaeda, as an aberration of that history.

Mr. Hassan’s analysis is supported by research published by The Soufan Group, a research organization established by Ali Soufan, a former FBI agent who played an important role in the interrogation of captured Al-Qaeda officials and was involved in related cases in the United States and elsewhere.

Analyst Abdul Sayed noted that Al Qaeda, in an effort to prevent the United States from driving it out of Afghanistan and Pakistan, has “shifted focus from global terrorist attacks and external operations to supporting local jihadist groups throughout South Asia, and fuelling the narratives that underpin their objectives. This shift helped build resilience, allowing Al-Qaeda to survive despite the massive blows inflicted by the United States and its allies.”

The Islamic State’s loss of its proto-state in Syria and Iraq, and the Taliban victory in Afghanistan appear to vindicate this paradigm shift.

CNN correspondent Clarissa Ward said she walked away from an interview in August with Abdu Munir, the name used by a commander of the Islamic State-Khorasan, two days before it attacked Kabul airport, with the impression that “ISIS-Khorasan is very different from ISIS… in Syria and Iraq. Ms. Ward was referring to the Afghan affiliate as well as the Islamic State itself using common Western abbreviations for them.

Ms. Ward said that “the conversation that I had with this commander did not lead me to believe that they had the same level of transnational ambitions… They’re much more focussed on the Taliban, honestly, than they are on trying to blow up a plane…and they’re much more simple, less sophisticated.”

The jihadist strategy shift would be further vindicated if the Taliban victory also reinforces ultraconservative religious trends in neighbouring Pakistan.

As a result, the shift could become one more argument to justify a possible future decision by President Joe Biden to pull US troops out of Iraq and Syria originally dispatched to fight the Islamic State, as part of the emerging contours of a Biden doctrine.

“There is no question that the GWOT has not gone as planned… Yet it would still be wrong – and rash – simply to discard the GWOT as a strategic failure. The fact that consecutive presidents have found it so difficult to extricate the United States from ongoing operations in the greater Middle East reflects the reality of a persistent threat from extremist organisations and their allies… GWOT has been considerably more fruitful than it might first appear,” said analysts Hal  Brand and Michael O’Hanlon, referring to President George W. Bush’s global war on terror launched in 2001 in the wake of the 9/11 attacks.

Messrs. Brand and O’Hanlon may be painting an overly optimistic picture. In the best of cases, Taliban-ruled Afghanistan will only partially live up to their criteria of success laid out in a recent journal article. The Taliban’s policing of jihadists may prevent them from targeting the United States and others but will continue to offer them a safe haven, allowing them to recruit.

“Being a safe haven for global jihadists and acting as a launchpad for attacks against the West are not the same thing. Under the Doha Agreement, the Taliban have committed to preventing attacks being launched from Afghanistan, but they have not pledged to cut off relations with foreign jihadist groups altogether, nor to expel them from Afghanistan,” said Afghanistan scholar Antonio Giustozzi.

Even so, on balance that could turn out to be less of a problem provided the Taliban can keep in check the Islamic State, the one jihadist group that refuses to accept its takeover of Afghanistan or make Tehrik-i-Taliban Pakistan (TTP), the Pakistani Taliban, adopt the shift in strategy. The fata morgana of a Taliban 2.0 could be shattered if large numbers of Taliban fighters defect to the Islamic State in protest against the group’s policing of militants on Afghan soil and/or embracing degrees of social liberalization, particularly regarding women’s rights.

That could prove to be a big if. Question marks about the Taliban’s ability to police those groups that have welcomed its victory and/or pledged allegiance to it have already begun to emerge. Mr. Giustozzi reports that in contrast to Pakistani militants Lashkar-e Taiba and Lashkar-e Jhangvi, and the Islamic Movement of Uzbekistan; the TTP and Al-Qaeda have refused to negotiate agreements that would tighten Taliban control by moving them to different parts of the country. Lashkar-e Taiba and Lashkar-e Janghvi are groups seen as having close ties to Pakistani intelligence.

The proposed agreements reportedly stroked with demands put forward by China that the Taliban ensure that militants on Afghan soil are prevented from training, raising funds and recruiting.

Suhail Shaheen, a Taliban spokesperson in Qatar, appeared to acknowledge the demands in an interview with the Global Times, a Chinese Communist Party newspaper. “First, we will not allow any training on our territory. Second, we will not allow any fundraising for those who intend to carry out a foreign agenda. Third, we will not allow the establishment of any recruitment centre in Afghanistan. These are the main things,” Mr. Shaheen said.

Zabihullah Mujahid, the Taliban’s chief spokesperson in Kabul, however, last month left the door open on the Taliban’s relationship with the TTP.

“The issue of the TTP is one that Pakistan will have to deal with, not Afghanistan. It is up to Pakistan, and Pakistani Islamic scholars and religious figures, not the Taliban, to decide on the legitimacy or illegitimacy of their war and to formulate a strategy in response,” Mr. Mujahid told a Pakistani television program. The spokesman stopped short of saying whether the Taliban would abide by a decision of the scholars.

The TTP is believed to be responsible for a recent spike in attacks on Pakistani security forces, including a suicide attack in Pakistan that killed three paramilitary soldiers and wounded 20 other people. The stepped-up attacks prompted the New Zealand cricket team to last week abandon its first tour of Pakistan in 18 years and abruptly leave the country while England cancelled its visit that had been scheduled for next month.

Similarly, behind the facades, cracks had already emerged between the Taliban and Al-Qaeda before the US withdrawal from Afghanistan, prompting the group, like the TTP, according to Mr. Giustozzi, to refuse to negotiate a deal with the Afghans and build support among factions of the Taliban that are more sympathetic to the jihadists.

Al-Qaeda was wary of what the Taliban’s agreement with the United States would mean for the group and suspected the Afghans of having a hand in the killing of several of its senior members in recent years. Al-Qaeda worries, moreover, that Taliban understandings with China and Russia could put its freedom of movement and/or existence into further jeopardy.

Apparently anticipating a Taliban failure to control all jihadists on Afghan soil and/or adoption of the paradigm strategy shift by some major jihadist groups, US intelligence officials predicted that Al-Qaeda would be able to reconstitute itself in Afghanistan and be capable of orchestrating attacks inside the U.S. in one to two years.

Their predictions were bolstered by the return to Afghanistan of Anwar ul Haq Mujahid, a leader of Osama bin Laden’s former “Black Guard,” who allegedly helped plan and orchestrate the jihadist leader’s escape in 2001 as the United States bombed his Tora Bora hideout. Mr. Mujahid, no family of the Taliban spokesman, reportedly returned to Jalalabad to command Taliban forces and foreign fighters in eastern Afghanistan. Several of his associates are said to also be back.

However, Mr. Mujahid’s return does not by definition deny the potential shift in Al-Qaeda strategy that is supported by the Taliban. It could be the Taliban’s way of placating the group as well as the more militant within its own ranks.

“Despite the persistence of the relationship…the Taliban have a strong interest in holding Al-Qaeda in check… It is not hard to imagine a scenario in which the Taliban provide space and financial support for Al-Qaeda to operate while also restricting the activities of the group to plot and stage attacks,” said scholar Cole Bunzel.

Brain trust (imperial, oss, miwhatever, cia, whatever you dumbasses are calling yourselves), We are not going back in dipshits. Fuck off.

What Afghan forces used to look like in the 1930s https://youtu.be/aKBpTThDopY

As for trolls on here who like to make perverse comments whilst impersonating myself and others for no good reason; go ahead, make my day.

Once again, Dorsey never fails with Bullsh!t. Dorsey’s mission is to obfuscate and confuse. Its plain and simple – There are no “jihadis” ‘cos there aint a Jihad cause because the infidel occupier was expelled and we now have an Islamic State under Taliban rule. The “militants” are US army soldiers under another name “Isis/Isil/Daesh/Al Qaeda” the US foreign legion that is continuing the 20 year old regional destabilisation campaign. It will quickly cease as Taliban, not US army enjoys popular support. They will eventually catch a few of these terrorists and hopefully extract the answers from them using torture with extreme prejudice .

The game is over for western swine. The current Afghan leadership understand their future can be one of prosperity & peace.

The Chinese, Russians and other Eurasian nations have already signaled their intentions of cooperation.

Anybody feels that Mossad trolls can have anything to back up their arguments, so they are spamming this site with these fake job scam post.

Could you confirm if the Resistance captured the city of Rakha (Panshjir) or Behsud????? thankful