Israel is attempting to get out of the impasse of the Democrats reaching power in the United States of America.

This especially relates to the fact that the new President Joe Biden opposes its policies with Iran, the first enemy, the “nemesis”, of Israel.

The indications of these Israeli attempts are many, especially in light of the escalation that’s taking place in Syria and the increased attacks on various sites, reaching as far as the the Syrian-Iraqi borders from Quneitra through Hama to Aleppo, where the number of Israeli attacks on Syrian lands reached 6 attacks during the handing over of power between the two parties in America.

Three attacks took place in October last year, after a military escalation and mass mobilizations near the Lebanese-Syrian borders and the occupied Syrian Golan, where 3 cases of alert for raids by the Israel Defense Forces were documented during the same period.

Israel does not deny that Trump provided a project it had never dreamed of before, in terms of arranging normalization with a number of Arab countries, such as the UAE, Morocco, Bahrain and Sudan, and improving relations with those countries, which adds economic and military strength and great support on various levels for Israel. This comes in addition to the American withdrawal from the nuclear agreement that the Democrats concluded with Iran in 2015, which could have increased Iran’s economical and, perhaps, military power.

Under this obsession, Israel is feeling a sense of urgency, and anxiety due to the recent developments, which made it reconsider its accounts in Syria after the American democrats took power, which in turn led to the increased activity of ISIS cells inside Syria.

This is especially meaningful after revealing the truth about American and the Democrats’ support  for ISIS through the recent leaked e-mails of Hillary Clinton, which proved that chaos in Syria is an American work made by the Democrats.

Noting the recent developments in the battlefield in southern Syria, whether in Daraa or Quneitra, and the repeated attacks on the Syrian army points in conjunction with ISIS attacks  eastern Syria on the roads of Deir Ezzor- Homs and Hama- Athria, and in conjunction with the SDF pressures on the security square of the Syrian state in the northeast of the country. And amid the decline of the American role in the Syrian situation, all indicators and developments point to the existence of a new plan to achieve additional gains for Israel before the results of the Syrian presidential elections scheduled for April 16 of this year. These gains are at least the exit of Iran and Hezbollah from Syria, as they represent the greatest threat to Israel in terms of organizing its interests in the Middle East.

According to the data and expectations, the plan will not be limited to the Syrian interior, but will extend to interference in the American internal affairs, especially in light of information indicating that Israel will support Trump’s loyalists to confront the Biden administration. This may cause the beginning of an internal collapse in the US and the onset of a civil war in the coming months. This would all happen in favor of Israel’s interest to overthrow the Iranian nuclear deal.

In any case, it is expected that Israel will open other fronts outside Syria, such as Egypt and Jordan, as long as it is worried about a relatively strong army that could pose a threat to its interests, especially the Egyptian army. Israel seeks to regain control over the West Bank from the Jordanian and Egyptian side of the Sinai peninsula, which will not happen unless there is chaos within that particular region.

Returning to the Syrian situation, Israel does not support Biden’s position of withdrawing the Syrian agenda from America’s main interests, especially the logistical support for the SDF that controls the oil centers in the country, and handing over the file to Russia, which means that Syria will soon return to its economic activity and improve the military power after the exhausting 10-years war, which is the Israeli goal since the beginning of the Syrian events.

All of this data and these analyzes are mere readings that may confirm a new phase the region will go through, initiated by a new Middle East project, as Condoleezza Rice said 15 years ago, based on the overwhelming chaos in the Middle East and everything that surrounds Israel geographically, or would pose a threat to its existence.

Its never late to open the gas chambers. This time it will be filled by the israelis and their fellow wahabis. 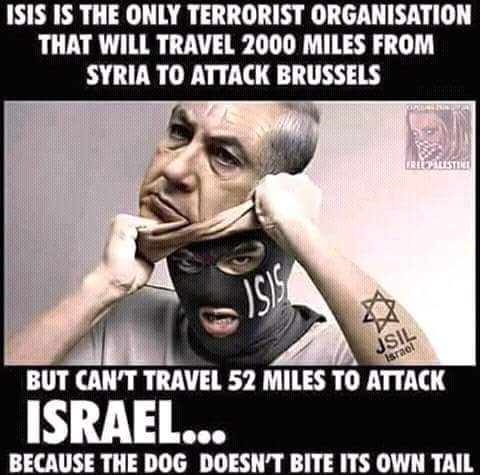 And don’t forget Raqqa where ISIS got safe passage with heavy weapons and all.

This article is complete bullshit.

Guys, i got to know something interesting that i didn’t knew before (it may be dumb to you guys, since a lot of you are well versed in many aspects that i may don’t know yet). I knew it by accident, still i have questions about it, since i find little to nothing of information about it, and i think it could led to something interesting at least.

Did you guys know about Unit 8200? I did a quick research and i found that it’s supposed to be an Israeli center of intelligence operations, or cyberwarfare center, or something related to radio signal, i’m not completely sure (that’s why i’m posting this comment lol)something like that.

But the thing that got me most intrigued was that the girl from were i found that nice piece of info, says that it’s a “Psychological” warfare operation center. I’m not sure about it, because i didn’t find much about it, and what i find, leads to cyberwarfare or signal radio command center, something of that sort.

no one have such resources or info to search that

Oh, you may get surprised. There’s always someone on the internet :)

this is actually fake news

2022 is the time in which iran is supposed to wipe out the zionist usurper entity and its clear that the globalists play the jews to suicide exactly like they wish just look at them how delusional they are and the best part of it is the suicide operation he mentions which he already made impossible to happen similar stupid is kochavi and the idf terrorists generally
https://www.youtube.com/watch?v=og3He9eSD8U

if the zionists dont suicide themselves in 2022 than this “anti semitic” treatment will become the norm by the globalists towards the zionists and they will be hunted nearly worldwide because they will become more and more exposed and hated daily
https://www.youtube.com/watch?v=jQAx4CNgHxo

Isisrahell is pure illusion, as a Western [European] colony it will die along with the West, and there is nothing they can do to avoid it.

not to worry – the jews in palestine are toast and the illegal occupation of palestine will be over in the not too distant future and netanyahu will meet his gadaffi-moment, before being lamp-posted together with the rest of the war criminals, child-murderers and so on. they seem to have stepped right out of a nazi-horror story, like einsatzkommano.

Biden is playing the good cop to Trumps bad cop. Biden will never be allowed honor any deal even if he wanted to likeTrump and Obama its up to their Zio slave masters. Its all PR to try to make Iran look like the one who won’t go back to the JCPOA.

Israel at war with Egypt and Jordan … too

C’mon Man … who is this clown?

A war against … Iran and its proxies is the ONLY WAR COMING UP … a TOTAL WAR … civilian death tolls egregiously high … eh?

Wait till we come for them on the ground.