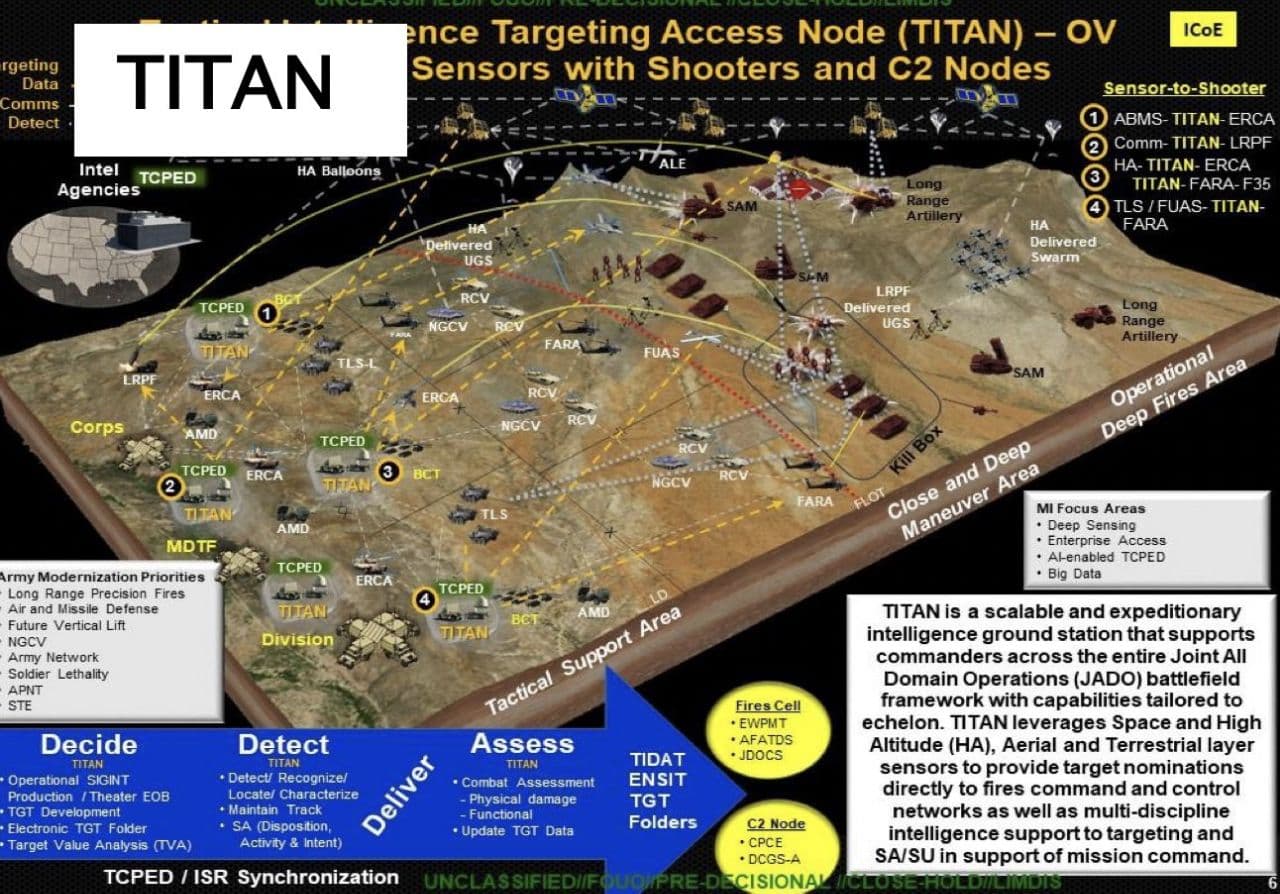 The US Department of Defense presented the concept of an integrated reconnaissance and target designation system in the theater of operations using a satellite constellation, balloons, and early warning and control aircraft for the fastest and most efficient command and control of troops on the battlefield.

This means that it aims to connect sensors and shooters across the air, land, sea, space and cyberspace domains so they can share targeting data in seconds. 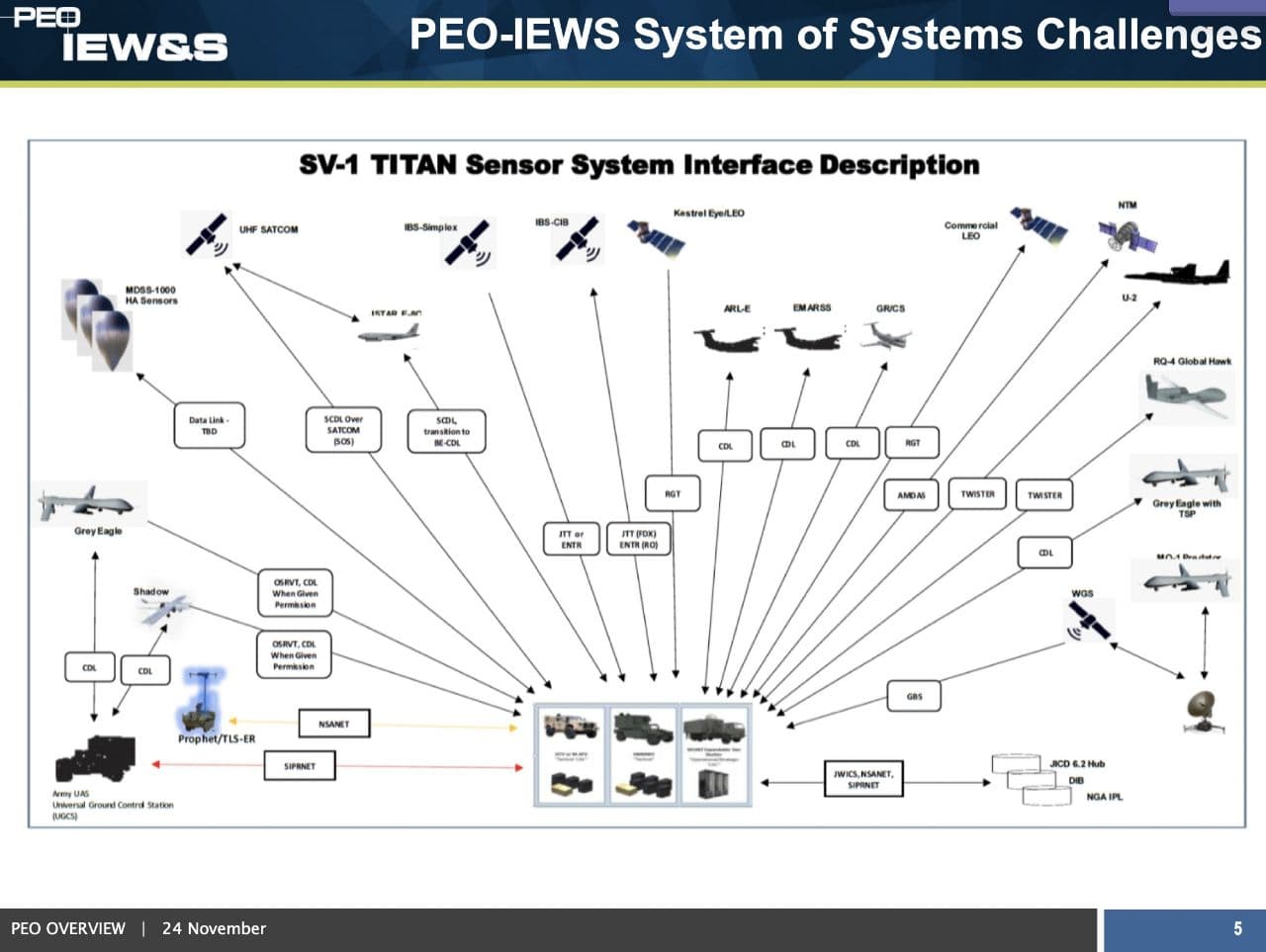 “The program is currently going through an Analysis of Alternatives which will shape final requirements and system capabilities at echelon,” a spokesperson for the Army’s Project Manager Intelligence Systems & Analytics said. The goal is to formulate an official “program of record” to develop and buy the new system. “Early prototyping and system design efforts will start in FY21 and result in multiple prototypes in FY22.” 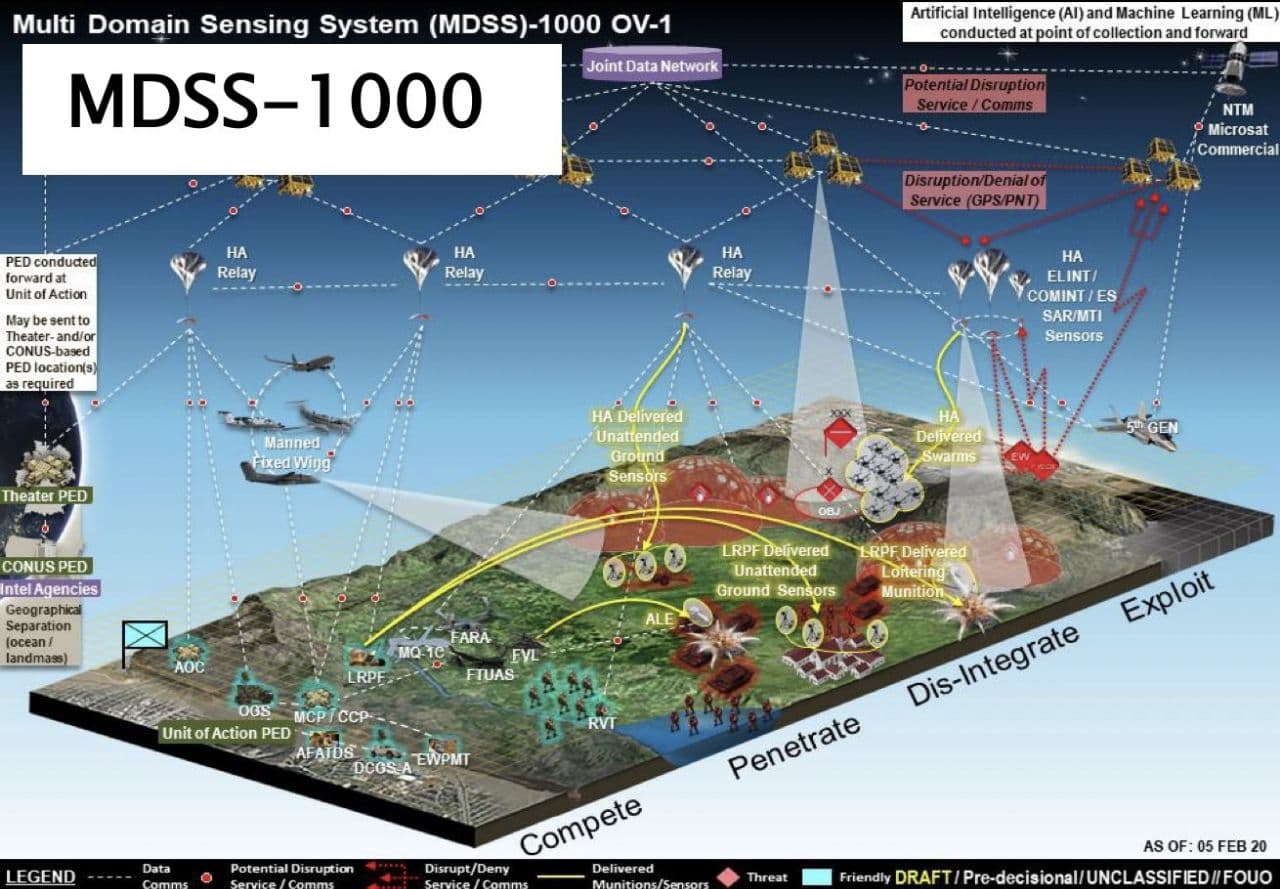 TITAN, a key contribution to the military’s future Joint All-Domain Command and Control (JADC2) network, will bring data from ground, air, and space sensors; the other two domains, which it won’t touch, are the sea and cyberspace.

It is envisioned as a “unified” ground station that can take data not just from satellites, but also from aerial and terrestrial intelligence, surveillance and reconnaissance (ISR) sensors to provide targeting data directly to Army Long-Range Precision Fires (LRPF) networks.

“TITAN will provide a scalable, expeditionary, and tactical ground station or ‘catcher’s mitt’ that integrates Joint, Department of Defense, Intelligence Community, and Commercial multi-intelligence data, products, and services,” the spokesperson said. “This includes not only space-based ISR capabilities, but also organic aerial and terrestrial systems such as the Multi-Domain Sensing System (MDSS) and Terrestrial Layer System (TLS).”

The system will use AI and Machine Learning and is expected to allow the US Army to detect, characterize, and action threats “at the speed of demand in multi-domain operations across the continuum of operations, from competition to crisis to conflict,” the spokesperson added.

“Additional prototypes in FY22 will include the fully integrated space, aerial, and terrestrial layer access. The latter will support Test & Evaluation and a production decision for TITAN by the end of FY23. The first TITAN systems will start fielding in FY24,” the spokesperson added.

The US Army has also been working closely with the Space Development Agency to ensure that TITAN can leverage the various Low Earth Orbit satellite constellations being developed under the agency’s National Defense Space Architecture plan to create more resilient US space capabilities.

The only thing that’s left unclear is when TITAN will integrate with the Air Force’s Advanced Battle Management System (ABMS), which is working on numerous types of software and hardware to serve as a foundation for JADC2.

“Titan” turned into the blind midget by Russia and China…. after shooting down their satellites.

I continue to see statements without practical meaning, in theory they should dominate in all areas, in practice they will be in a lot of trouble if they cannot avoid the moral and sexual degeneration of their own population, they cannot think that the bearded subhuman they will fight all their battles. The only sure thing is these imaginative war studies are paid a huge amount, everything thing nothing more than decoy.

Has the software been provided by Dominion? If so, shall probably shall give some outrageous glitching.

The only things American weapons systems can kill are their taxpayers.