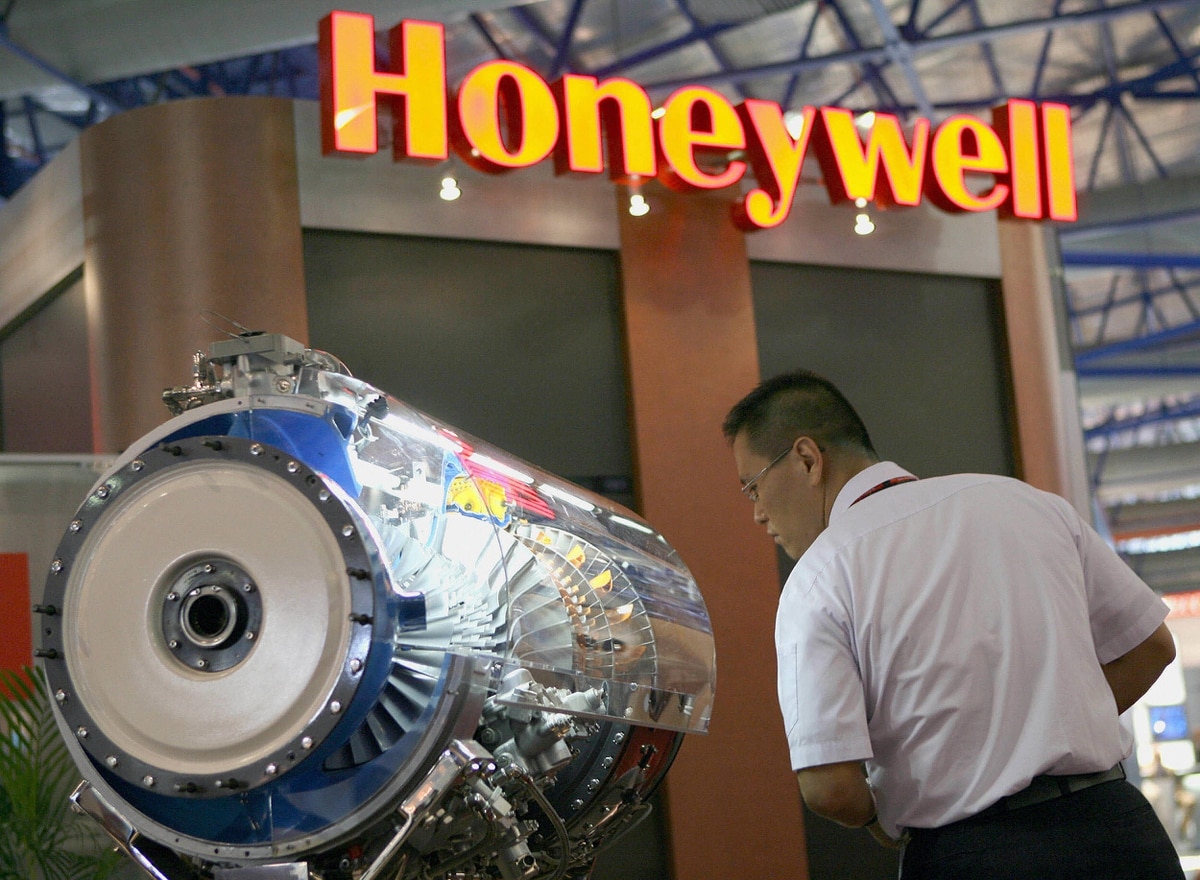 On May 5th, the US State Department announced that it had reached a $13 million settlement with defense contractor Honeywell.

The settlement is over allegations it exported technical drawings of parts for the F-35 fighters and other weapons platforms to China, Taiwan, Canada and Ireland, according to the Bureau of Political-Military Affairs’ charging document.

The State Department alleged some of the transmissions harmed national security, which Honeywell acknowledges with the caveat that the technology involved “is commercially available throughout the world. No detailed manufacturing or engineering expertise was shared.”

Honeywell would only pay its fine, essentially, and keep working for the US government, because it voluntarily admitted to violating national security.

Between 2011 and 2015, Honeywell allegedly used a file-sharing platform to inappropriately transmit engineering prints showing layouts, dimensions and geometries for manufacturing castings and finished parts for multiple aircraft, military electronics and gas turbine engines. Its first disclosure of violations to the government came in 2015.

“The U.S. Government reviewed copies of the 71 drawings and determined that exports to and retransfers in the PRC [People’s Republic of China] of drawings for certain parts and components for the engine platforms for the F-35 Joint Strike Fighter, B-1B Lancer Long-Range Strategic Bomber, and the F-22 Fighter Aircraft harmed U.S. national security,” the charging document read.

In a statement, Honeywell said it has since taken steps to ensure there are no repeat incidents.

“Under an agreement reached with the State Department to resolve these issues, Honeywell will pay a fine, engage an external compliance officer to oversee the Consent Agreement for a minimum of 18 months, and will conduct an external audit of our compliance program,” Honeywell’s statement on the matter reads in part.

“Since Honeywell voluntarily self-reported these disclosures, we have taken several actions to ensure there are no repeat incidents. These actions included enhancing export security, investing in additional compliance personnel, and increasing compliance training.”

Interesting enough, the US was concerned that the F-35 flying disaster’s secrets would be shared through Turkey’s purchase of an S-400 missile defense system.

Turns out, a US corporation simply sold the secrets to China and others, simply for profit.

But it is all well, since it apologized after the fact, reinforcing the notion that it is much simpler to ask for forgiveness than it is to ask for permission.

Right. The material disclosed just happened to relate to 14 weapon systems or components. Nothing to get excited about.

Oh no, that was the weekly donut money…

The Han are busily copying it out on their assembly lines as we speak.

Who cares though, it’s a turkey anyway.

” On May 5th, the US State Department announced that it had reached a $13 million settlement with defense contractor Honeywell. ”

This is a slap on the wrist which means its just for show. Enjoy the theater children , most countries are part of the production. Catching on yet ?