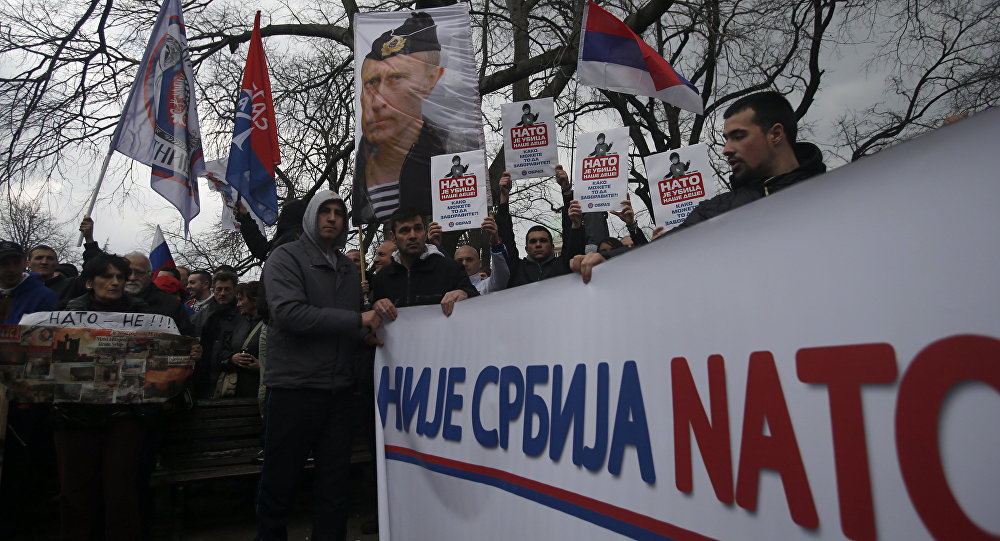 Large protest against the NATO terrorist was held in Belgrade. It was attended by over 15,000 people. Shameful signatures of political elites have submitted Serbia’s sovereignty to NATO. Serbia was occupied by the world’s terrorists. This is certainly the first in a series of many protests against the occupation. Nations in the region are starting to wake up and realize that to be a part of NATO means being part of a criminal coalition.

The media blackout is huge, so the rally was not covered by media at all. The people are kept in the dark. Information war as a segment of a hybrid war, which this rotten West is leading over the entire world is becoming more and more common among the mass media.

How long shall we sit quietly and allow for American interests and the interests of its military industry the killing of civilians, attacking the legitimate authorities all over the world and introducing chaos of which benefits only the rotten West? Remember Iraq, remember Libya, remember each crime caused by NATO. Let’s be sovereign and let´s be moral. It is time for NATO to come before the Court of Justice and held accountable for all the crimes for which it is responsible after the collapse of the USSR, and there were many.

In Sweden the news said that just 200-400 people attended