China is reportedly making progress in artificial intelligence (AI) surveillance. And according to the New York Times is using the technology to track its Uighur Muslim minority.

The facial recognition technology is now integrated into China’s expanding network of surveillance cameras throughout the country.

The practice makes China a pioneer in applying next-generation technology to watch its people, “potentially ushering in a new era of automated racism,” the NYT claimed.

The NYT cited 5 anonymous sources, who described the technology being specifically targeted against Uighurs. The sources wished to remain anonymous because they “feared retribution.” The NYT also reviewed databases used by the police, government procurement documents and advertising materials distributed by the A.I. companies that make the systems.

Furthermore, alleged police documents show that demand for such AI surveillance capabilities is spreading. Approximately two dozen police departments in 16 different provinces and regions across China sought such technology beginning in 2018, according to procurement documents.

Law enforcement from the central province of Shaanxi, for example, aimed to acquire a smart camera system last year that “should support facial recognition to identify Uighur/non-Uighur attributes,” the NYT said.

The trend of start-ups working on such AI surveillance technology, according to the outlet is to cater to Beijing’s “authoritarian needs.”

Similar tools could automate biases based on skin color and ethnicity elsewhere, according to NYT.

“Take the most risky application of this technology, and chances are good someone is going to try it,” said Clare Garvie, an associate at the Center on Privacy and Technology at Georgetown Law. “If you make a technology that can classify people by an ethnicity, someone will use it to repress that ethnicity.”

One Chinese start-up, CloudWalk, outlined a sample experience in marketing its own surveillance systems. The technology, it said, could recognize “sensitive groups of people.”

“If originally one Uighur lives in a neighborhood, and within 20 days six Uighurs appear,” it said on its website, “it immediately sends alarms” to law enforcement. Above-image, translated by the NYT. Click to see full-size image

The Chinese A.I. companies behind the software include Yitu, Megvii, SenseTime, and CloudWalk, which are each valued at more than $1 billion.

In a statement, a SenseTime spokeswoman said she checked with “relevant teams,” who were not aware its technology was being used to profile. Megvii said in a statement it was focused on “commercial not political solutions,” adding, “we are concerned about the well-being and safety of individual citizens, not about monitoring groups.”

CloudWalk and Yitu did not respond to NYT requests for comment.

To allegedly allow the system to work, police have put together face-image databases for people with criminal records, mental illnesses, records of drug use, and those who petitioned the government over grievances, according to two of the people and procurement documents, cited by NYT.

“A national database of criminals at large includes about 300,000 faces, while a list of people with a history of drug use in the city of Wenzhou totals 8,000 faces.”

The A.I. companies have taken money from major investors. Fidelity International and Qualcomm Ventures were a part of a consortium that invested $620 million in SenseTime.

Chinese tech investor Kai-Fu Lee said that China had an advantage in developing AI, since its leaders are less fussed by “legal intricacies” or “moral consensus.”

“We are not passive spectators in the story of A.I. — we are the authors of it,” Lee said. “That means the values underpinning our visions of an A.I. future could well become self-fulfilling prophecies.”

Another technology that Chinese authorities have been applying since October 2018 is gait analysis.

MSM hasn’t yet started widely claiming that China has also come to the conclusion that specific minorities walk in a particular way to track them, but that’s probably also just around the corner.

The new ‘gait recognition’ software that claims to be able to identify people using their silhouettes and how they walk, even if their faces are not visible. A Chinese surveillance company, Watrix, has developed the new system for gait recognition that can identify people as far as 50 metres away, according to CEO Huang Yongzhen.

It can analyse how people carry themselves and, while it is not capable of real-time recognition yet, the company claims it can search an hour’s worth of footage in 10 minutes with an accuracy rate of 94%. The software also can’t be fooled by a person pretending to limp or faking an injury.

“You don’t need people’s cooperation for us to be able to recognize their identity,” Huang said in an interview in his Beijing office. “Gait analysis can’t be fooled by simply limping, walking with splayed feet or hunching over, because we’re analyzing all the features of an entire body.”

According to AP, the technology is already being used by police in Beijing and Shanghai. The police are apparently using the software to locate people in crowds and apprehend jaywalkers, with the end goal of developing an integrated national system of CCTV camera data.

Huang, a former researcher, said he left academia to co-found Watrix in 2016 after seeing how promising the technology had become. According to him, the technology would also likely be used to help elderly people who have fallen down and are in need of help.

AP also didn’t miss any time to jump on the propaganda bandwagon, so it also reported that authorities in Xianjiang also showed interest in the technology.

MSM continues to claim that China represses the Uighurs and is sending them to “prison camps,” but at the same time disregards any comments by the Chinese side or reports it has released into terrorist activity in the region.

In October 2018, Chinese state outlet Xinhua interviewed Shohrat Zakir, chairman of the Government of Xinjiang Uygur Autonomous Region on issues of counterterrorism, as well as the vocational and training program in the region.

The so-called “prison camps” turned out to be vocational camps, in which people at risk of being led to extremism are trained at a vocation and language skills and have a place to stay, until they’re ready to become full-fledged members of society that contribute.

“Based on its own realities, Xinjiang has given equal importance to fighting and preventing terrorism, and sought to combine the fight against violent terrorist crimes with the protection of human rights. On one hand, Xinjiang has put emphasis on strictly countering a small number of violent terrorist crimes according to law, and spared no efforts in protecting the basic human rights of the citizens from the harm of terrorism and extremism. On the other hand, Xinjiang has also stressed addressing the root cause of terrorism, and moved to bring around, educate and save the majority of those who committed petty crimes, through assistance and education, to prevent them from becoming victims of terrorism and extremism,” Zakir said.

Senior Communist Party of China officials also said that in Xianjiang the authorities must focus on ethnic and religious solidarity.

A recent Chinese report also shed some light on counterterrorism activities in Xianjiang.

According to it, since 2014 Xinjiang has “destroyed 1,588 violent and terrorist gangs, arrested 12,995 terrorists, seized 2,052 explosive devices, punished 30,645 people for 4,858 illegal religious activities, and confiscated 345,229 copies of illegal religious materials.”

Only a small number of those apprehended faced harsh consequences, mostly those who are ringleaders of armed groups. Others who were simply influenced by “extremist thinking” receive education and training to teach them the error of their ways, the paper said.

“Education and training centers have been established with the goal of educating and rehabilitating people guilty of minor crimes or law-breaking and eradicating the influence of terrorism and extremism, in order to prevent them from falling victim to terrorism and extremism, and to nip terrorist activities in the bud,” said the white paper, titled “The Fight Against Terrorism and Extremism and Human Rights Protection in Xinjiang.”

The World Uighur Congress denounced the report claiming that China was warping the truth.

“China is deliberately distorting the truth,” spokesman Dilxat Raxit said in an emailed statement. “Counter-terrorism is a political excuse to suppress the Uighurs. The real aim of the so-called de-radicalization is to eliminate faith and thoroughly carry out Sinification.”

Chinese AI efforts in counter-terrorism and security are often being represented by mainstream media as something aimed at one social group only. This allows mainstream media outlets to speculate on the topic and use it to pressure China on a media front. However, the real practice seems to be a quite different. While this approach may raise some ethical concerns, it is not something employed by China very locally. In fact, Beijing is actively intergrating AI surveillance into its state security system across the entire country.

Soon they will replace Assad and Erdogan :)

They are already cloned. Havent you notice the difference? Putin also got replaced. Cant you see it? 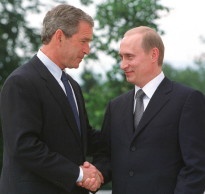 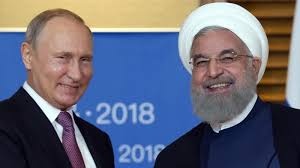 If only the Chinese could ‘re-educate’ the current batch of the hapless British Members of Parliament, there would be massive support from UK citizens :)

Good to see the NYT bad-mouthing China, as it shows that China is continuing on the right path. One thing that both sides of politics in the U.S. have in common is sinophobic fear-mongering.

A theory is that, every time you are using captcha, you are really just teaching an AI, in the end, making captcha useless.

The only reason why we develop an AI totalitarian surveillance system in China and elsewhere is to help elderly people who have fallen down and are in need of help.

“we”? Who’s that… you and Fatty Arbuckle?