Last Vienna talks seem to have reached a significant breakthrough regarding political settlement in the Islamic nation. 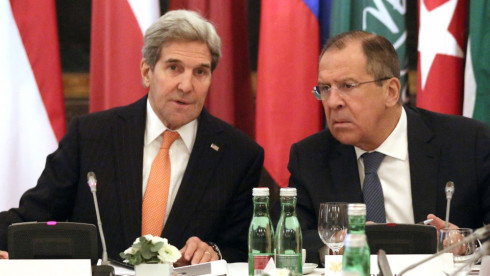 The last briefing in Vienna regarding Syrian conflict took place among the members of the coalition, Russia and Iran.

An agreement was finally arranged about political situation in Syria. Elections should take place within 18 months, in 2017, but first, talks between members of the opposition and Assad’s government should start on January 1st.

A transitional government should be implemented in 6 months.

Also, it was agreed that both, ISIL and Al-Nusra Front wouldn’t be part of the talks alongside with the opposition since they are qualified as terrorist organizations. Nevertheless, Russia claimed the need of reconsidering the terrorist group list since there are still more organizations that should be qualified as such.

An immediate ceasefire was also the general appeal of the officials briefing in the Austrian capital. That truce would not be considered with the terrorist groups cited before.

US Secretary of State, John Kerry stated that even if significant agreements have been reached in Vienna, there is still not a decision about Bashar Al Assad’s fate since it’s considered that Russia and Iran are boosting the Syrian leader’s government.