On October 4th, Russian military blog RSOTM (Reverse side of the medal), known for its links to Russian PMCs published a report providing a closer look at actions of Turkey’s MIT (Milliy Istihbarat Tashkilati), Ankara’s intelligence agency, in the field of support of terrorist and various radicals around the world.

When he became a MIT agent, he was given Turkish credentials, with his name being Mehmed Aldag, born on June 14th, 1997. His Turkish passport number is A06F36993 and it is valid through to October 29th, 2027.

His cover story is that he is an “Islamic spiritual mentor” and an employee of the charity organization IHH Foundation and other firms with funding from Qatar.

Mehmed (Parpiev Elyar Muminzhanovich) is a citizen of Uzbekistan. He actively participated in the ranks of ISIS, from there he moved to the Idlib groups, and from there he received a promotion, starting to work in Turkey.

Parpiev establishes contacts with the leaders of terrorist groups, sends them money received from Turkish intelligence, receives and checks reports on spending money, works on recruiting groups of people in Turkey from among the citizens of member states of the CIS (Commonwealth of Independent States) as well as Uighurs. He actively conducts propaganda among the citizens of CIS member states in madrasahs in Turkey.

Under the pretext of “good intentions”, Mehmed collects data and recruits people.

Turkish MIT has actively begun to establish contact with terrorist groups whose members are natives of Central Asia. Only in the last month, Turkey, according to the report, has sent militants from Afghanistan to groups such as:

Turkey is working with the help of its “tamed” terrorists not only in Libya, Syria, Azerbaijan, but they have already actively begun to work with their terrorists against Central Asian states.

This report provides some insight into how Turkey spreads its influence and infiltrates itself in various conflicts in the Middle East, as well as in Africa as the example of Libya is still present.

Currently, more and more evidence surfaces online that members of Turkish-backed radical militant groups from Syria poor into the Nagorno-Karagbakh conflict zone where the Armenian-Azerbaijani war has been raging. These militants participate in the conflict on the side of Turkey’s ally, Azerbaijan, and has reportedly already suffered notable casualties.

Turkey is the main sponsor of international terrorism and is the West’s best ally. Hypocrisy without borders!

the usa is not the west. only the usa loves the camel rapers

No hypocrisy there.. Turkey is the “best” ally of the west precisely because of that – it gets its hands dirty so countries like GB, France and USA dont have to..

More like Israel, Saudi Arabia, and western countries under jewish control. Turkey is also under their control.

I think he’s a mixed bag between Mongoloid and Caucasoid.

turks/jews eat the same foreskin, they are vile scum of the earth 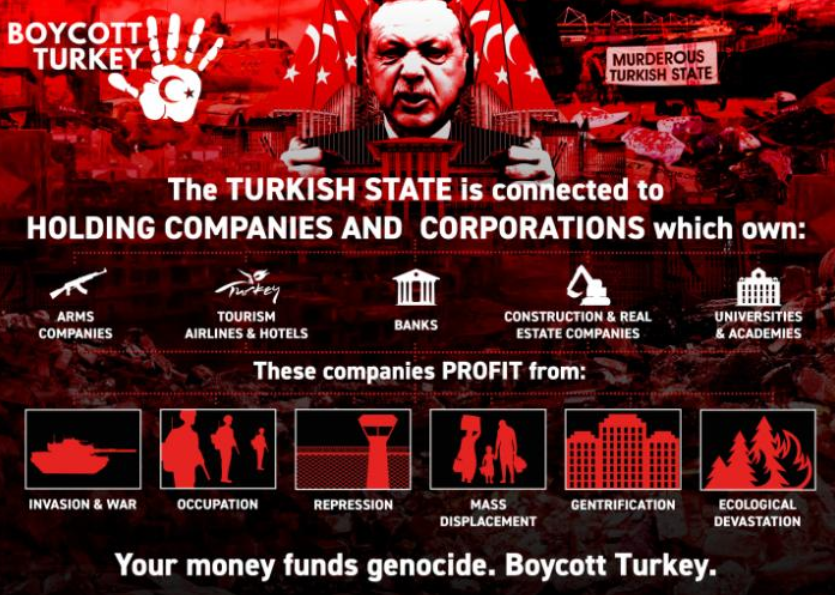 Oh fuck, now I know what they’re doing all over the place. Spreading Wahhabi doctrine in the name of Zionists and ‘True Islam’ as they call that Satanic faith known as Wahhabism. Brainwash and scare kids to death so they can go and die wherever Zionist Erdogan, France GB, USA, or Zionists wants. Making free cannon foder and destroying future generations.

Other bad aspects were introduced by the Hadith. If you turn the clock back to the spread of Islam in the Middle Ages, they were more like Wahhabism today.

Go screw a sheep or donkey.

I’m sure that at least more than 1/7 of the world population must be all hasbara trolls working for the Mossad for making truthful observations about the nature of Islam and the role it played throughout history. Most Christians and Muslims only have a surface level understanding of the religion they subscribe to.

I’m sure that 1/3 of the world population are hasbara trolls working for the Mossad for making truthful observations about the nature of Islam and the role it played in history. Most Abrahamists only have a surface level understanding of the religion they subscribe to, unless they are jewish.

Zionism is the practical expression of Judaism which views non-jews as subhumans that exist to murder, exploit and dominate.