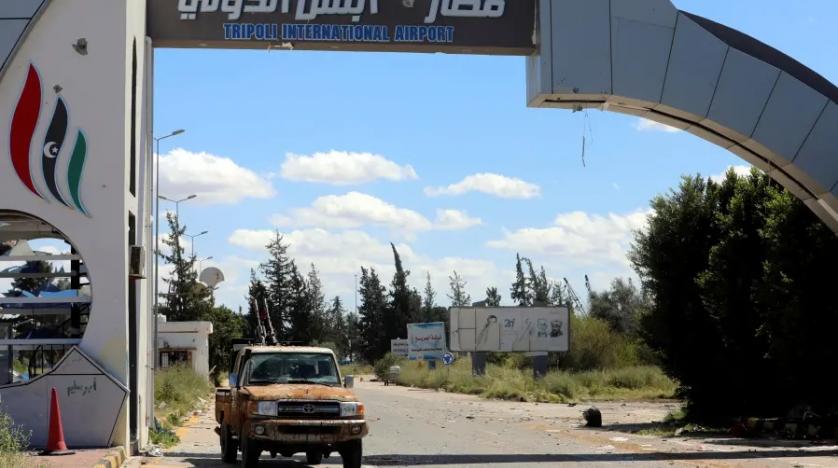 A Libya-related scandal is brewing in Qatar.

A secret letter from the Qatari Foreign Minister to the Qatari Ambassador in Canada was somehow leaked online.

In the letter, the former orders the latter to express support of the UN-backed Government of National Accord (GNA) on social media.

The document explicitly states the allocation of funds for propaganda materials against Field Marshal Khalifa Haftar. 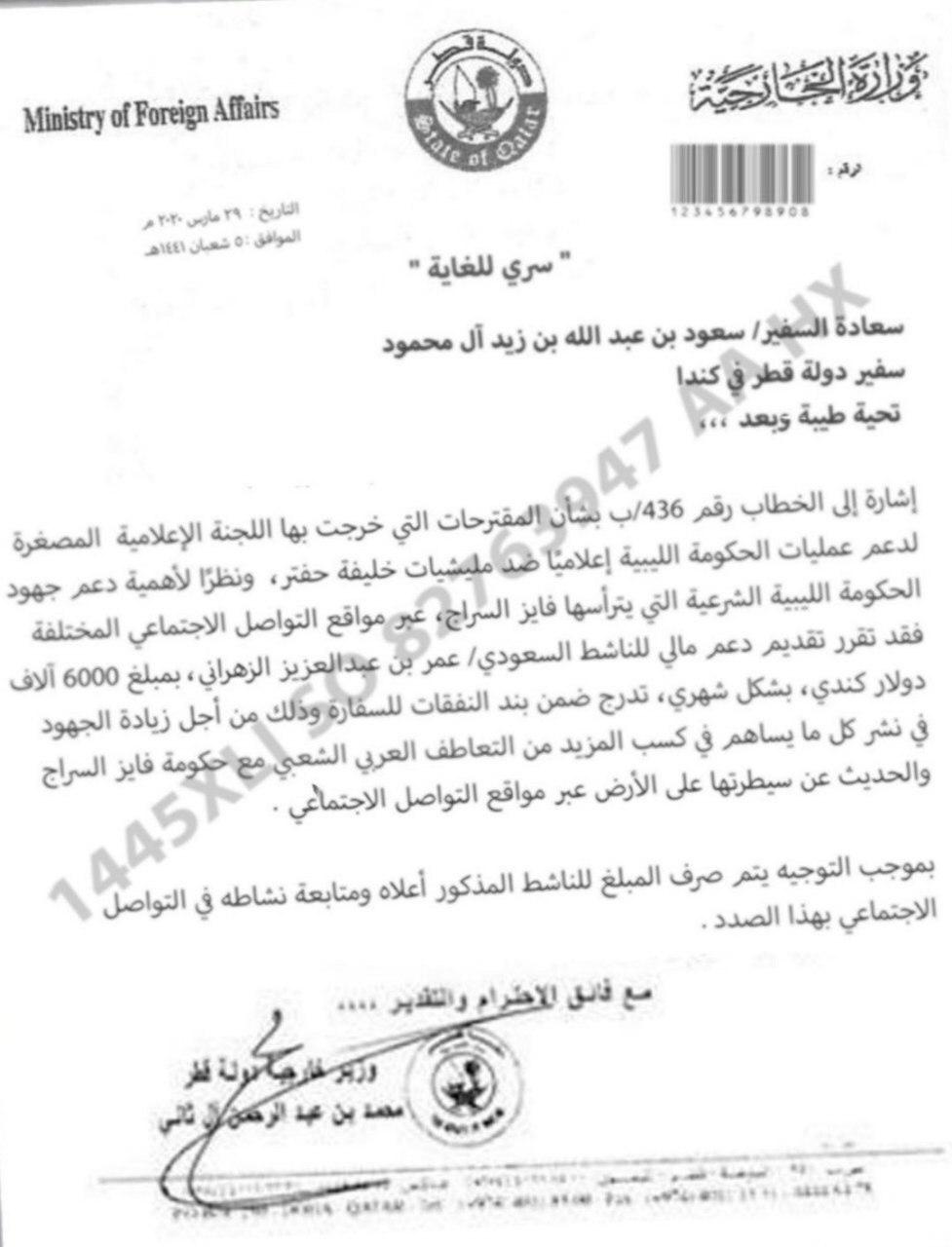 It also mandates the dissemination of information about the control of territories by the GNA’s Turkish-backed forces.

The Twitter user made a joke out of it, that $6,000 wasn’t a little money and an armored “Tiger” vehicle was also included in the price.

Turkey, and then Qatar are the GNA’s most vehement supporters, with assisting it not only with propaganda in the media, but also with very actual equipment and weapon deliveries. On the part of Ankara, there’s also thousands of fighters being deployed from Syria to fight on behalf of the UN-backed government.

Qatar rejected the declaration by Field Marshal Khalifa Haftar that he obtained a “popular mandate” allowing the military to govern Libya, considering this a new affirmation of his persistent attempt to stage a coup against international legitimacy and the Libyan national consensus as well as a clear disdain for the international community which have been watching for a long time without taking any action regarding the crimes committed against the brotherly Libyan people, especially since the beginning of the attack on Tripoli last year.

In a statement, the Qatari Ministry of Foreign Affairs affirmed that Khalifa Haftar gave a false pretext in his declaration reflecting his disregard for the sanctity of Libyan blood and the minds of those who listen to him.

“At a time when the world’s efforts are directed to stop the bloodshed in Libya and fight the coronavirus (Covid-19) pandemic, we see the continuation of the militarization of the scene and attacks on civilians and on the political track, without any regard for the tragedy of the children, women, elderly, and displaced persons of the Libyan people,” it added.

The statement called on the international community and actors in the Libyan scene to shoulder their humanitarian and historical responsibility and to prevent Field Marshal Khalifa Haftar and his militias from killing more innocents and tearing the Libyan nation apart.

Essentially, it just repeated the same accusations that the GNA-affiliated media, and the Turkish propaganda network has been attempting to propagate for a while.

The Libyan National Army, in response, has repeatedly accused the Emir of Qatar of bankrolling the GNA’s militias.

unsurprising—qatar is a close ally of turkey

‘Brotherly’, being the operative word perhaps? They couldn’t get their way in Egypt.

The Qatari Ministry of Foreign Affairs are pissing against the wind with their propaganda. The sand monkeys are now making noises as the end draws near for the GNA.

The sooner Field Marshall Haftar finished the job, the better for Libya and its people.

No surprise or scandal – Qatar supports quite openly Islamic terrorists in Syria , Turkish MB regime are close allies, you only have to watch Al-Jazeera coverage always referring Sarraj Effendi the Bey of Tripoli as “The UN recognized legitimate government ” and LNA FM Haftar as “renegade warlord”. Remember that in 2011 Qatar took active part in NATO war on Libya with both air force and Special Forces as the only Arab state given “NATO partner status “.