Ever since the war broke out between Azerbaijan and Armenia on September 27th, both have voiced numerous claims of significant losses being dealt to the enemy forces.

Below is a brief overview of what either side has claimed has been destroyed, against the total numbers of equipment each side has.

As of October 8th, Azerbaijan has lost the following number of military equipment, as well as soldiers, according to Armenia’s claims: According to their claims, 17 warplanes have been downed.

As per Global Firepower’s 2020 report, in total Azerbaijan has 17 fighter jets, as well as 12 dedicated attack warplanes, and 1 transport. In addition, it has 29 trainer aircraft.

That means 29 total, out of them, according to Armenia, 17 have been destroyed, that’s more than 50% of the country’s warplanes, keeping in mind there’s really no evidence that Turkish warplanes are actively taking part and are being downed.

In the same vein, Azerbaijan has 88 helicopters in total, out of them 17 are attack helicopters.

Armenia claims that it has destroyed 16. If these are all attack helicopters, Baku is somehow left with just 1.

If not, nearly 20% of Azerbaijan’s helicopter fleet has been destroyed by Armenia.

Armenia has 145 UAVs, most of which are reportedly Turkish Bayraktar TB2, it is unclear how many Azerbaijan operates, and it is questionable if that man were destroyed.

In terms of ground forces, the situation is also similar. It is unknown how many separate battle tanks and armored vehicles have been destroyed, in total the number sits at 496 allegedly destroyed.

The total sits at 2,435. That means according to Armenia’s claims, a total of 20% of Azerbaijan’s ground power has been destroyed. Now, to look at Azerbaijan’s claims.

Azerbaijan, as of October 7th, has reportedly destroyed the following: After this summary, another report was published claiming that Azerbaijan strikes destroyed up to ten battle tanks, six D-20 guns-howitzer, one self-propelled artillery “Akatsia”, up to thirty vehicles, and a large number of enemy manpower were destroyed.

Additionally, Azerbaijan claims that it has captured dozens of tanks and other vehicles and artillery.

It hasn’t disclosed how many soldiers it has allegedly killed, but likely in the thousands.

Armenia has 110 battle tanks in total, Azerbaijan reportedly destroyed 42 of them (and up to ten more destroyed allegedly later on October 7th), and captured some more, meaning that upwards 50% of Yerevan’s tank force is allegedly gone.

With the number of tanks allegedly destroyed removed, Azerbaijan claims it has also destroyed approximately 210 more armored vehicles were destroyed.

Armenia’s total sits at 748, which means that at least 1/3rd of Yerevan’s ground vehicles were allegedly destroyed, when one adds the captured ones as well.

The total number of self-propelled howitzers Armenia has is 38, towed artillery sits at 150, and 68 rocket projectors. The total is thus 256.

According to Azerbaijan’s report it has destroyed approximately 270 pieces, and destroyed 6 more D-20 howitzers, an Akatsiya self-propelled howitzers and more following the report.

Meaning that, not only is Armenia’s artillery allegedly entirely destroyed, but Azerbaijan also, somehow, found more artillery to destroy.

The destruction of the S-300 is also quite questionable, and it is likely to serve as a sort of deterrent to Russia providing any tangible assistance to Armenia, since it would be unfavorable for Azerbaijan and Turkey, since it is unlikely that the upper hand can be achieved if Moscow were to step in and assist Yerevan.

As I have said before, these claims make Baghdad Bob blush. On the whole Armenians with a much poorer and smaller military have suffered more proportionally.

True. However Armenia’s claims are not so absurd. For example https://www.almasdarnews.com/article/two-drones-crash-along-georgian-azerbaijani-border/

This is confirmed by Georgia. It is highly likely that these drones are turkish or israelis. It seems Armenia has gained the means to fight against drones.

In summary, AZ fans’ claims about “squashing armenians like cockroaches” are false.

I have said the past days, that the war would have worked for AZ, only if it was a blitzkrieg. The hate against AZ is mounting worldwide. More and more people ask that something be done against Turkey. The backlash has been so strong that even Israel has distanced itself from AZ-Turkey.

Good points. In conventional terms, despite $4 billion in Zionist, western and Russian weaponry, Azerbaijan has not been able to launch a major combined arms operation even at battallion level, hence the introduction of headchoppers, who are also doing fuckall. I am quite disappointed at the Armenian military and morale, it was hyped up and proved quite weak and disorganized. It is total failure of Armenian field “intelligence”. The ZionistCUNTS are no one’s friend, they will switch to Armenia in a second, if they saw some benefit or money. I believe NATO will not alienate Turkey as the recent trip by the arsewipe Stoltenberg more or less confirmed. The end game is anti-Russia for the Americunts and Zionist parasites.

Russia needs to wake up, Iran is the only ally left that can blunt these headchopping criminals as they are tool of NATO and Israel. Turkey and Israel are playing good cop and bad cop with the Caucasus.

Iran will never want to get involved there. It has a huge Azeri population in the North. Also both Iran and Azeris are Shia Muslims.

We can send some Indians to fight there. Pakistan supports Azeris.

Why you disappointed by Artskin military and morale? They have been living like that for 30 years. A lot of military equipment and ammunitions are sold. They just do not have the resources to buy new equipment and replenish its ammunition. All their weapons are still Soviet era.

But even those rifles and snipers can pose threat to Azeris. Some ATGM can still take out some tanks and trucks. And Azeris do not have that many T-90s like Syrians have. So Azeris have been going steady. They want to exhaust Artskins resources on armor, artillery, ammunition, medical supply. That will just bleed those Artskins to death. Artskins refugees will just clog the two passes to Armenia.

Yesterday Russian EWS have hacked 2 Azerí drones ( Harpy&Harop) and sent both to Georgia..using the same style when L 122 Avtobaza Jammed US RQ Sentinel in Iran. For other side I remember when Turkish claimed that they have destroyed SAA and killed 2500 soldiers …one day after such claims, SAA lauched an offensive and retake Saraqib and all areas lost and reopen M5 Highway.

Sent to Georgia for what?

I dont know..Maybe was jammed from South Ossetia and tried to capture them!…there are photos and image that confirm debris of both drones.

I see Georgians admit they found them but where is the prove that they were hacked by Russia?

So 2 drones felt in Georgia and you started to spam comment under each article that Russia hacked Turkish drones. LOL. I guess Russia hacked the artillery that shelled Iranian side of the border, too. Don’t be naive, not all people here are Russians.

Dont be fool!..Georgia is too far from NK…one drone can change the course by mistake…but 2 drones?…

And where are Russian hackers in this event?

Russia have EWS system deployed in Armenia..many of them can operate hundred of Km!…remember when L222 Avtobaza hacked the US drone sentinel over Afganistan and landed in an Irani base..

That was hacked by the Iranians.

I cant find anything on this claim about Russia hacking Azeri drones, maybe you can send a link?

The official casualty report from N-K is about 350 killed. The actual number should be more than 500. This is the modern war of attrition. N-K only have two passes to Armenia and they won’t risk flying transport air planes. So military supplies at N-K are huge issue. Azerbaijan and Turkey do not have such issue since their airports and railways are open.

So the Armenian strategy is the terrorist act of hitting civilians and try to draw in world powers. This is the only thing they can do. But it is very apparently that world powers have refused to be drawn into this conflict. Trump never even says anything. His focus is all on his re-election bid.

In about a month, N-K will exhaust its military strength. We’ll see some military breakthrough from Azeri side. The drones will continue to pick up those exposed armors and artillery pieces, one by one. They just have no place to hide unfortunately. Losing airspace is just so fatal to the Artskins.

To the end, we’ll go back to pre-1988. There will be peacekeepers from Russia and Turkey. Or some more neutral countries like Ukraine and Pakistan. But gradually more Artskins will want to exit N-K because things will continue to be hostile because of the long 30-year conflict. There is no way those two people can live together in the same region.

From these claims only logical is the drone losses of Azerbaijan. Since Kamikazi Drones self destruct on impact, around 150 could be true. Some were even on the video.

The Zionist sold them 1000 HAROP and HARPY, good article in Newsweek.

Turkey and its headchoppers face a clear and present danger to Russia, Iran, India and Europe.

Why Turkey is threat to India? Because it supports Pakistan??

Indians have so many enemies.

This war also full of propaganda sh*t. Just funny to read all this claims

Aliyev: It is a war crime for the Armenian armed forces to fire on our cities and villages with ballistic missiles. Therefore, the Armenian leadership must be held accountable

Missile exploded about 10kms from Chirag village in Agul district of Dagestan. Apparently this is fired from Armenia. 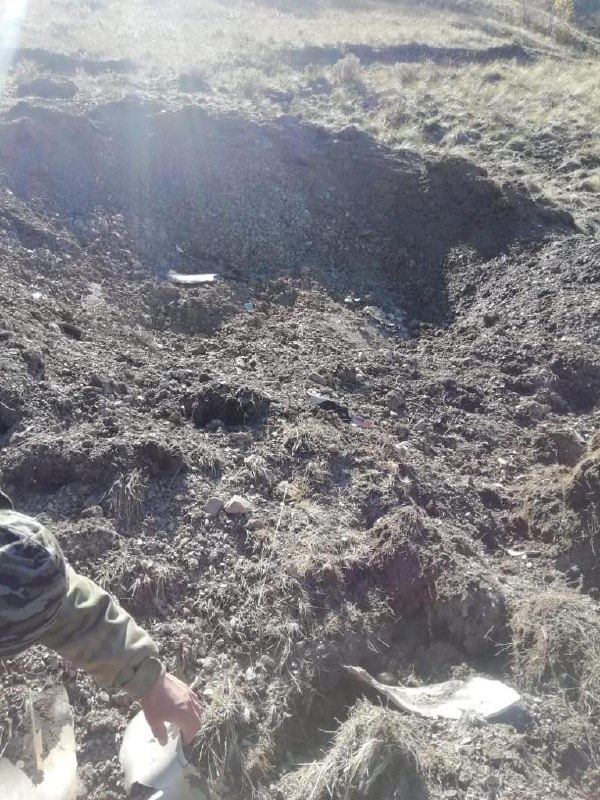 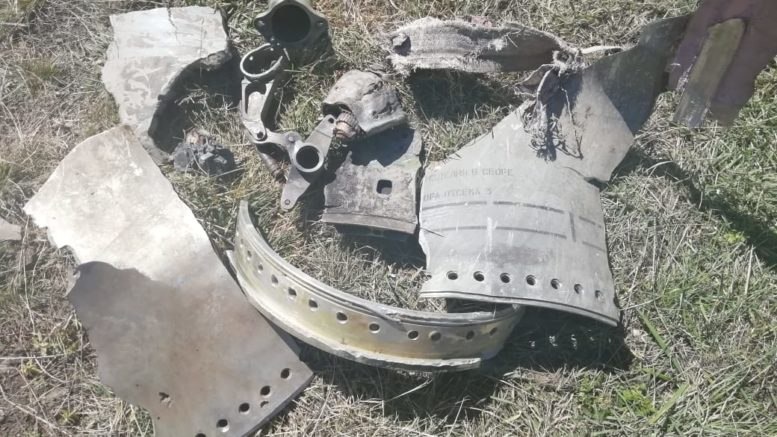 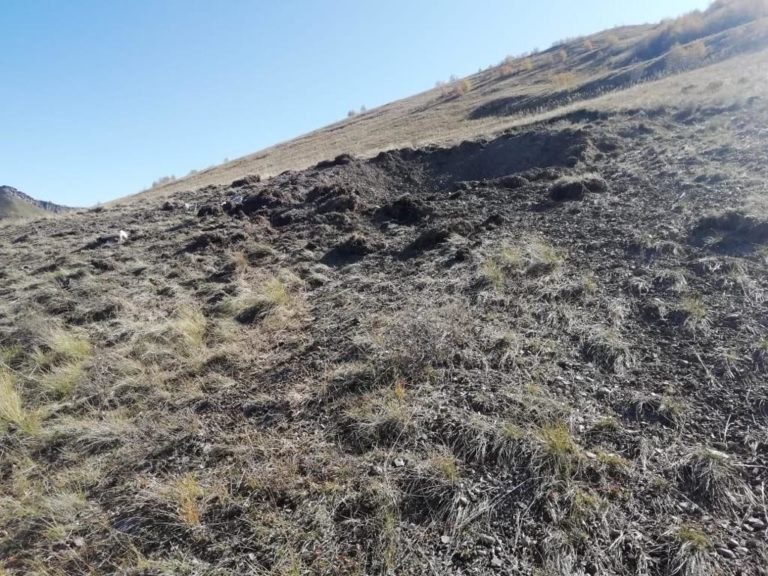 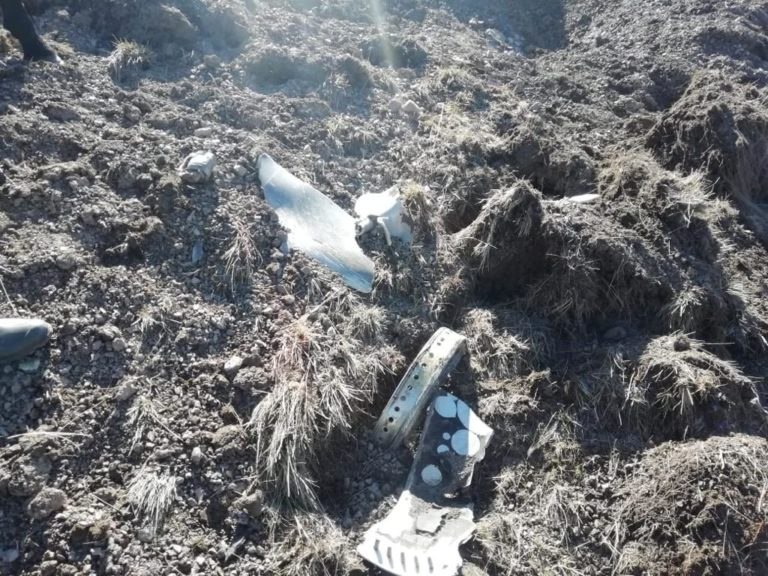 The Armenian Foreign Ministry has canceled the journalistic accreditation of Ilya Azar, the correspondent of Novaya Gazeta

Armenian PM Pashinyan: “Nagorno-Karabakh can not and will never be a part of Azerbaijan. This has already been ruled out completely. And this is proven by the actions of Azerbaijan.”

Erdogan: “Azerbaijan is liberating the lands occupied by Armenia one by one”

Turkey confirms the NYT report that showed at least 2 Turkish F-16 fighters at the Ganja Airport on October 3. He reports the Turkish F-16s never left after an exercise in July, but that they departed after the October 4th strikes on the city

The Syrian rats also volunteer to fight in N-K.

Armenia VS Azerbaijan : Missiles, rockets and flames in Nagorno Karabakh