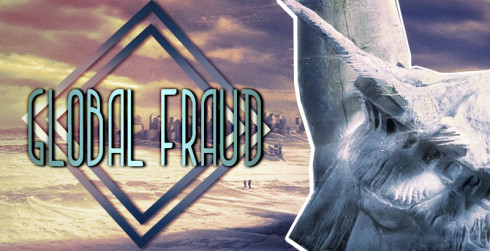 The UN IPCC and associated green activist groups; Federal, state, and local entities; universities; foundations; non-profit groups; and many corporations argue that the world will be destroyed without policies designed to turn on their heads the current energy system and American economy. However, the green agenda that is designed to eradicate fossil fuels will inflict enormous economic damage on America’s ordinary citizens and overall economy—and will do the same to other countries as well. This is true even though the “climate change” models have never been fully and objectively vetted, so there is no solid evidence to justify these upheavals.

Nevertheless, American Department of Energy, Environmental Protection Agency and, indeed, almost every federal agency and their federally funded cohorts in many state agencies are committed to decarbonization. This is true for a commitment that they admit that they do not know how to implement, as to which they cannot ascertain the final cost, and they’re unable to determined the overall consequences of their policies.

Daniel Yergin, in his The New Map, explains that the current energy system took 100 years to develop. To turn it on its head within a few decades is simply not possible. He predicts that we will move towards decarbonization, though at a slower pace than currently targeted. Further he claims that the “climate change” debate is over, even if the green winners are found to be grossly wrong and trillions of dollars are wasted. But should we accept that a debate that never really took place is over?

Ernest J. Moniz (Secretary of Energy under President Obama and Professor at MIT) and Daniel Yergin wrote a report in February 2019, entitled Advancing The Landscape Of Clean Energy Innovation, Breakthrough Energy, which addresses how to go forward towards decarbonization. They describe how all government entities, all foundations and universities, and all private enterprise must coordinate (read: be told what to do) to achieve the goal of saving the planet. It is a remarkably collectivist plan and anti-market in scope with total control awarded to DC central planning. Remarkably, the report mirrors just what the Department of Energy has been doing to coordinate all the players since Biden’s arrival in the White House.

Nevertheless, it is clear that no solid scientific findings justify totally revamping the fossil fuel economy to remove carbon, ostensibly to save the world from destruction due to higher temperatures. IPCC modeling does not count as scientific. A court of law would consider action to be undertaken on such flimsy evidence as unjustified.

So what to do? We need a class action lawsuit in federal court (and in some state courts) challenging the “climate change” justification for all the green actions now underway. No green actions can be justified on the basis of computer models that do not even say what their creators program them to say. The evidence at trial would prove that the potential damage to the economy and individuals is enormous. Certainly, trillions of dollars are at stake, through business destruction and job loss, for no other reason than “chicken little” hysteria.

The core issue is whether “climate change” can be scientifically verified. If not, there is no justification for the green agenda and it should be abandoned.

What potential climate damage can be measured through time? Again, such verification looking decades in the future is beyond human capabilities.

Any court’s first act should be to issue an injunction to stop all green agenda action based on the “climate change” hypothesis, due to catastrophic damage to the economy. Then, the court can review the scientific data to determine whether “climate change” is a real threat to the planet and, therefore, America. A study assessing costs and benefits would be very useful. Damages to long-suffering Americans could be determined and awarded.

No such objective investigation has ever been undertaken. It is long overdue.

Christopher Garbacz is a former Professor of Economics. Contact: cgarbo@protonmail.com

The worlds climate has always changed, this is the verifiable data of planet earth. Mass migrations of all species have always been a reality. Most creatures have found ways to adapt to other lands. Humans are essentially animals in the melange of other species.

Humans though are stupid enough to think that they can control the climate of the planet and fit it to dates that are ‘set in stone’.

Ironically there is one way that humans can certainly cause an event that rhymes with all other extinction events on planet earth and that is a full blown nuclear war. Whether the earth can again heal itself after a nuclear war and how long that will take to do so can only be answered when if earth has healed enough to support ‘life of some sort.

IF that is our collective future, it would be beneficial for there to be NO khazar’s in the future :)

You realise climate modelling has been spot on since the 70’s? Also, remember the Ozone hole? That was human caused and human fixed. Get out of your cave.

Hmmm…..comments with info about climate engineering being censored….

You realiase you can never prove predictive models dipshit? Nobody has invented time travel yet. Climate denier retards lol.