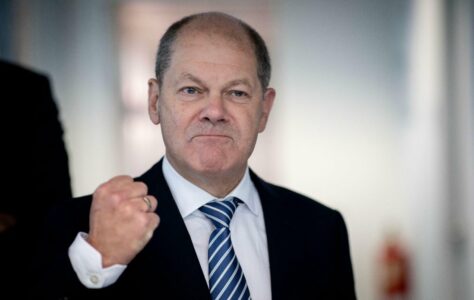 Berlin dropped an economic thermonuclear bomb. A 200 billion euro missile that serves to protect the German economy from high gas bills. Is it a coincidence that the government led by Olaf Scholz announced the economic shield just as news of the collapse of the two Nordstream gas pipelines came from the Baltic? Obviously not, because in geopolitics every move is connected. Berlin has split Europe and on gas it does it by itself.

Germany is grappling with devastating inflation: on an annual basis the index has risen to 10%, with energy prices rising by 50%. So he decided to run for cover quickly, and he does it with real firepower. The increase in energy costs will also be partially addressed with the economic stabilization fund created in the two-year pandemic. The other European countries, grappling with an internal budget crisis, do not have the necessary resources to meet the demands of citizens and businesses.

The 200 billion put on the table by the German government show how Berlin has finally understood the “profound” objectives of the hybrid war being fought in the heart of the West. Cutting off gas supplies between Russia and Germany is a declaration of informal warfare, a blow to the heart for the chemical and mechanical engineering industry, the real driving force of Europe.

So Berlin has decided to separate its destiny from that of the European Union. Which today, faced with the energy crisis, is more disunited than ever. On the one hand, the German shield against expensive energy, to protect German companies and families with an investment of 200 billion. On the other hand, 15 member states, including Italy, France, Poland, Spain and Portugal, are calling for a generalized price cap on gas, indicating it as a “priority”. In between is Ursula Van Der Leyen’s EU Commission, which proposes a ceiling on the price of Russian gas but not on other suppliers, so as not to put a spoke in the wheel of winter supplies.

The European Union, at least on the economic level, in fact no longer exists after Scholz’s move. Brussels has realized what’s going on?

Euopean people mus stand against their leaders, who only want to please USA-OTAN.

Southfront, dont you think that your alarmist narrative and cheap propaganda have zero chance to infuence western people ? We know what you russian propagandist want to do but you failed again to divide us .EU and US are united in fight against russian regime and their imperialistic and neo colonial war in ukraine. Russian psyOps is one of the worst i have ever seen. Germany doing well, in long term our economy will be still one of the strongest in the world and your cheery pick tactic cant change it. Cheers vatniks :D

You are right about one thing, NATO are well practised at lying, far better at it than the RF who have a long way to go if they want to compete with NATO in dishonesty.

You are also full of shit, nigger.

This article is a total libtard BS. €200B is for the shutdown of the energy production in Germany. It is the work of Greta The Down Imbecile 😆 She is the ideal for all libtards. And we are many.

You also had to re-edit your BS. Congratz

alarmist narrative and cheap propaganda you have never watched CNN….. I call BS

Hey Hans you wanna buy some fire wood ?? Better safe then sorry !! West is going into the History books very soon so keep dreaming about your Nazi past !!

When I compare Die Welt, The Times, or Corriere della Sera etc with news given by Southfront I see where the truth is. I continue with southfront, thank you.

Hey Hans the cuck, niggers and turks are raping your women.

200 million € is nothing these days. USA dumped over 100 billlions into arming the shithole called Ukraine. Some billionaires stolen tens on billions with mARN toxic shit sold as vaccines…

QE by any other name – it is. Mobbing (war) and robbing (funds).

The rest of us should consider putting a cap on the price of every thing made in the EU. Wonder how they would like that?

Cap all US & EU products at their cost, so that they won’t stop producing nor make any profit for war, the same reason West given to cap Russia energy price.

EU citizens deserve to be nuked.

LMAO… Socialist voters are that stupid? What they will not pay in the gas bill, they will pay in taxes. The 200 billion will not come from Scholz’s pockets, I assure you.

Socialist Scholz? He is a typical liberal. Socialism is public property for main production funds (factories and capital) with minor share of private property or without it at all. How big the state’s share in economy of Germany? What is christian in CSU, if they are promoting sodomy is schools? They are same kind of “christians” like CDU are “socialists”. CDU/CSU is liberal, pro-atlantist, globalist, anti-sovereign alliance.

This is not going to end well for anyone. The EU is on a self-destruction path and they know it but still continue to do the same mistakes. It’s not because they are stupid. It’s because they are all into the green project and the build back better bullshit which is mainly to depopulate and deindustrialize Europe. They are also into massive immigration to destroy their cultures and the white race. It’s clear as day but we are not allowed (in most places) to talk about it.

Wait for the Winter. The talk will change, for sure.

You can’t continue to avoid reality, the metaverse will not protect you against the right hand of God, continuing to steal and lie will only hasten your demise.

French, German, Spain and Italian nations along with the vassal pseudo nations of Europe chose to become the appendage of the Judeo Anglosaxon nations, as a result, Europeans are destroying their economy and political independence.

Casting money at an energy shortage problem during time of increasing inflation? I thought Germans were smart …

Ha, Adolf* Scholz created the plan to support military and raise its numbers with 100 bln euros for several years, now he need 200 bln just to pay communal bills. So it looks like the first plan will not work.

*genocide in Donbas is ridiculous, this is what he said when he was asked about ongoing genocide

European billions (1 million x millions) or what the US call “billion” (=milliard).

There is no evidence of Germany dividing Europe at all. Actually European economy has been surprisingly stable. In fact Russian gas and oil are fast and growing numbers replaced by coal, more renewables, nuclear energy and gas/oil from other directions. People are also saving economic coast. In many countries they have reduced electricity consumption by 7 to 10 percentage. Russian leaders are stunned how Europe is surviving very well.

LMAZOV….I live on Germany. To each his own. I’m not responsible for my neighbour’s fc-ups. If you can’t make intelligent decisions, don’t hold someone els responsible for your suffering.

So in order to cut Russia $109Bil (2021 sales) gas export to EU, EU has to spent over $1trillion extra energy bill, going into US and others pockets. But Ru is reporting likely making extra $100Bil energy export due to 10x price.

What kind of stupidity????

Right on dude, that comes from bending down to the joolites in USA/banksters etc. Forever crawling on their knees to the gods of money and power. It’s wonderful to know those psychopaths will DIE and rot one day. God always has the last laugh.