At least eight Saudi soldiers and mercenaries have been killed by the Houthi-Saleh alliance’s fighters in the Saudi Arabia’s southwestern border regions of Asir and Jizan. 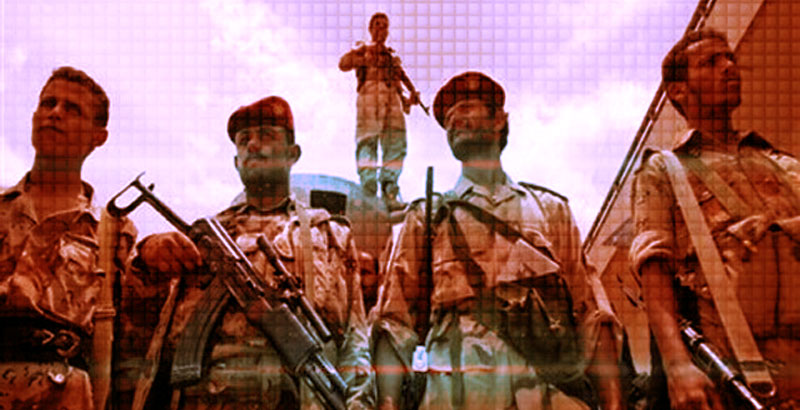 Eight Saudi soldiers and pro-Saudi mercenaries have been shot dead by the Houthi-Saleh alliance’s fighters in the Saudi Arabia’s southwestern border regions of Asir and Jizan, the PressTV news portal reported on Thursday.

According to the al-Masirah TV-channel, three Saudi fighters were killed in the Tabat al-Zabreh area in Jizan region, located 969 kilometers to the south of the Saudi capital of Riyadh on Wednesday evening.

At the same time, the alliance also launched an attack on an outpost, located in the Tabat al-Ghomameh area in the same region, and killed another Saudi soldier there.

Separately, four Saudi-sponsored mercenaries were shot dead, while they were crossing the Alab border in Saudi Arabia’s southwestern region of Asir.

Later, a missile was fired by the Houthi-Saleh alliance on gatherings of Saudi soldiers, stationed in al-Rabiea town in Asir. However, there still have been no reports about any casualties or damages.

On Thursday morning, Shaab al-Jinn military outpost, located close to Mandeb Strait, was fired with a medium-range ballistic missile. As a result, scores of Saudi mercenaries were killed and wounded.

In addition, the Houthi-Saleh alliance’s fighters launched a domestically-manufactured Zelzal-2 (Earthquake-2) missile on Saudi positions in al-Saaq region, located in the central Yemeni province of Shabwah. There still have not been any reports about casualties or damages.

At the same time, early on Thursday, three airstrikes were carried out by Saudi fighter jets in Usaylan district in Shabwah province. The Saudi Air Force also hit al-Omari region in Dhubab district, located in the southwestern Yemeni province of Taiz.

How can the Yemeni military have “ballistic missiles”, even if “domestically-manufactured”?

N Yemen did retain some Scud and Scarab missiles with launchers after breakup from south. They may have gotten plans for a domestic missile, but they may be lacking in quality (they seem to fall short of target). It is good for propaganda! But the Houthi’s are tough fighters, just ask the Saudis.

Yemen is very poor, but it’s not uncommon for third world armies to have Soviet era designed missiles and launcher vehicles. The Yemeni Republican Guard in north certainly has Tochka short range missiles and launcher vehicles – they previously used them in war against south in mid 90’s.They are relatively small launch vehicles, highly mobile in most terrain and can be concealed without great difficulty. Likely they have other medium range missile stocks as well.

Thanks, all you three, much appreciated.

that’s what your wife said ;+)

Djizus! Who let them in, the half-wits?

>>>>”All the comments above are either a miserable joke or a pitiful show of ignorance.”<<<

Well, you are honest….F'ing Idiot….

A lot of Soviet stuff was designed to be manufactured under the worst conditions. They remembered WWII and were preparing for war with NATO. They didn’t expect the infrastructure to be properly functioning under those conditions, but wanted to still be able to produce armaments. They had, essentially, two lines of production: the high-end, high tech stuff, designed to show off what they could do, be intimidating, and with which they also hoped to deplete NATO’s best equipment, but which they didn’t expect to replace in wartime, and the low-tech stuff, which is what they exported, and also what they expected to be producing themselves once the Cold War went hot and factories and transport infrastructure were getting vaporised. In WWII, they started with a lot of advanced equipment items and/or designs which they couldn’t reliably produce in wartime, and this inspired the production philosophy.