A seven-year-old girl-blogger from Syria has called to ‘punish’ the Russian and Syrian Presidents. Bana Alabed, a ‘seven-year-old girl-blogger’ from Syria, was happy at the US missile strike on a Syrian airbase and called to ‘punish’ the Russian President Vladimir Putin and his Syrian counterpart Bashar al-Assad.

Bana Alabed welcomed the US President Donald Trump’s decision to attack the Syrian airbase, located near Homs, with cruise missiles. She also accused Putin and Assad of war crimes.

I am a Syrian child who suffered under Bashar al Asad & Putin. I welcome Donald Trump action against the killers of my people.

Bana Alabed achieved prominence as she kept a microblog on Twitter in English during the fighting in eastern Aleppo in the autumn of 2016, spreading a pro-militant propaganda about the situation in the Syrian city. She also had repeatedly called on the international community to put pressure on Russia and the Syrian government. In early 2017, Bana’s family moved from Aleppo to Turkey.

Many users and media expressed doubts that the popular microblog on Twitter was operated by Bana herself. All the messages were written in very good English that was enough doubtfully for a seven-year-old child from Syria. At the same time, sometimes, up to 120 posts per day were published on the blog from areas in which there was neither the Internet nor electricity. Later, in Turkey, local journalists found out that the girl did not really speak English, and her microblog was operated by her mother.

You can find more information about Bana Alabed and her microblog here.

This sick and disgusting misuse of Syrian children (including that boy from Aleppo and those Nikki Haley’s photos of dead children) is probably the lowest of the low, the dirtiest propaganda in human history.

I am agree with you. You are absolutely right. I am American. Before conclusion of who was perpetrator of CW then UN should take action not USP Trump. So now I will say that USP DT emerged another scum like ExUSPB. American Zionist organization like war and suffering of innocent civilians. No body have attacked America when they killed millions of innocent civilians in Hiroshima and Nagasaki. Now they became policeman of the world.

(CIA/NATO) Murder Inc is policeman of the world? It is more like a mafia criminal mob/syndicate of thieving, mass murdering, war racketeering thugs.

As old Smedley Butler used to say, to Hell With War! 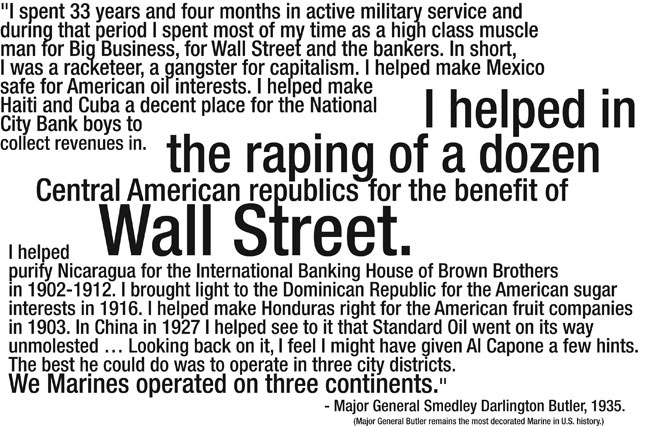 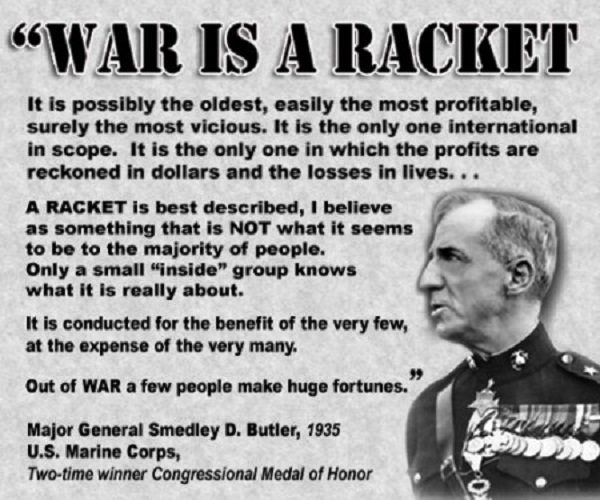 Murder Inc can use whatever propaganda devices it wishes. They still are not going to save it. Murder Inc is going down in a big way.

And not your Syrian army who is doing much more to fight the terrorists? This girl is probably a CIA asset and thats sad

U.S rules the world. We’re stronger than all of your peasant countries. Just test us, mother fuckers.

Don’t tell us, your shrink says you have a bad case of penis envy. Don’t fret, ask your mom if she will give you hers.

I would love to carpet bomb you and the people that gave birth to you.

Undoubtedly, but all you can do is wank off into your filthy mouth,
as your mother disposed of you into a trashcan as a respite from her
grief that she had not swallowed you 9 months before.

Mr. Pervert? Whoa, how old are you, twelve? Lmfao. You’re probably a grown man, meanwhile I’m 17. Come up with a better insult, better yet, come up with a valid argument. America owns you, you sick pedo.

Isn’t this the same blogger from a couple of years ago who happened to be an adult female working for the US/UK and terrorist proxies? According to the photo she hasn’t aged.

It is frightening to see how this ridicules attempts to manipulate public opinion repeatedly have achieved a positive and empathic echo Europe in particular. Stupidity does not die! How pathetic, how pathetic….

Pure propaganda, Reichsminister Dr. Goebbels would be really proud. It would be funny if this girl really didn’t exist or was a schoolgirl on a movie set in Hollywood.

How sad is that.? What she will say when she will grow knowing that she was happy that missiles kill and destroy,The country which really fight against terrorists , she doesn’t understand what’s happening, she’s manipulated buy Satanic Islamist goat FUCKERS. So sadly.

I suppose the US needs to employ a 7 year old girl to project their fantasy propaganda because she will more easily connect with the 50% with the infantile US voters and the 99% of retarded infantile minds in the US government and MSM etc. 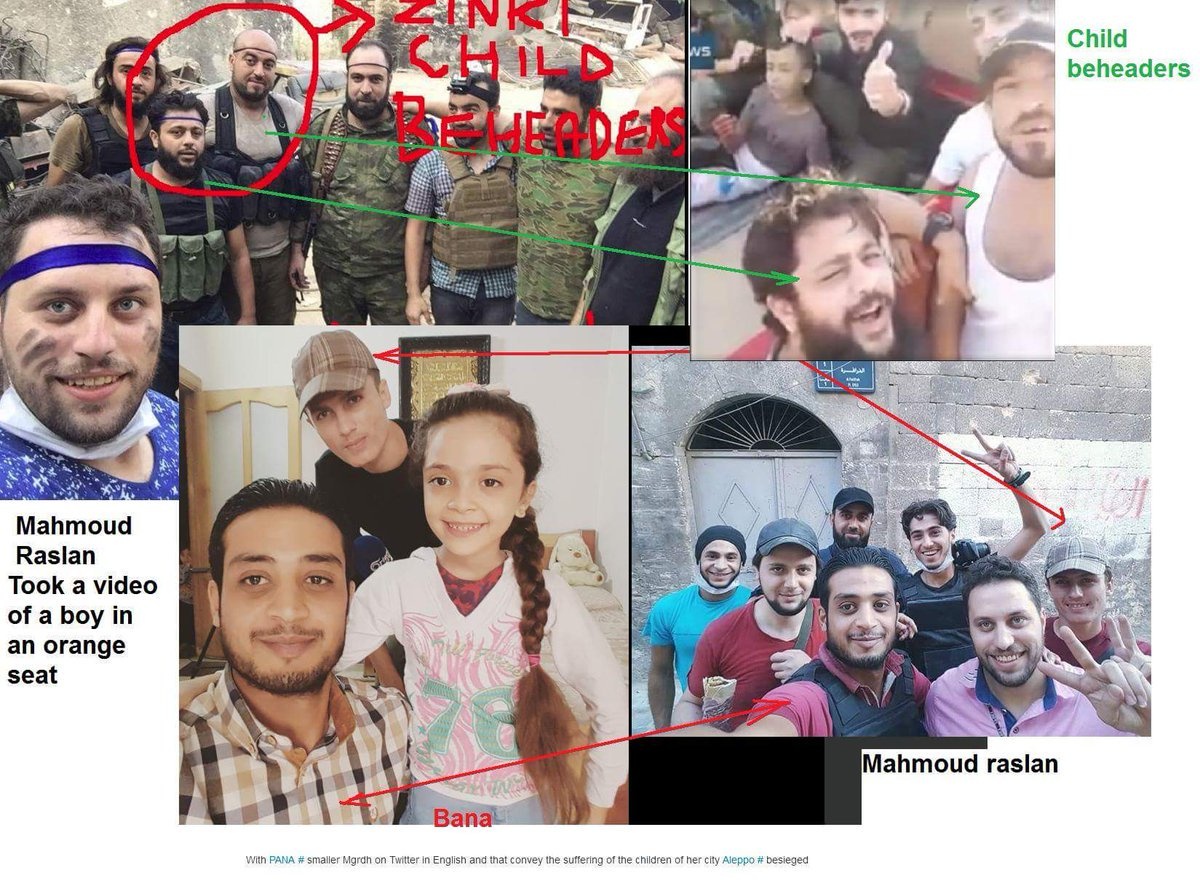 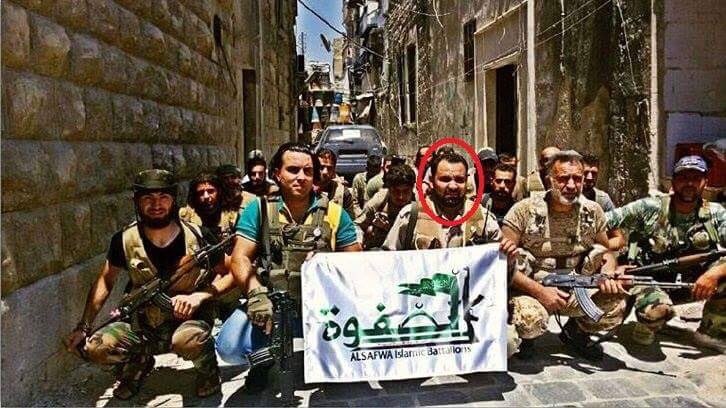 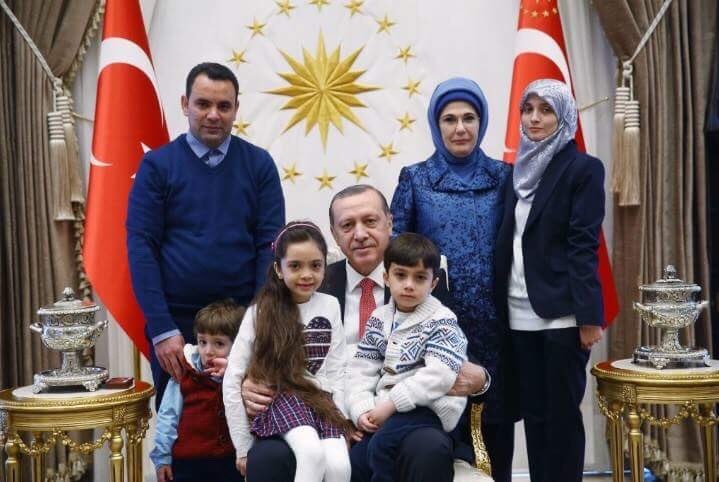 It brings to mind the Kuwaiti ambassador’s daughter posing as a nurse at the start of the first Gulf War.

She ought to be deeply indebted to the President Bashar Hafez al-Assad for providing her with such excellent education and training in the English language and the humanities, as children of her age just learn to read and write in my country.

Anyway, I would not be surprised if she eventually turned out to be lesbian, bearded, 40 years old, writing from somewhere like Edinburgh in Scotland