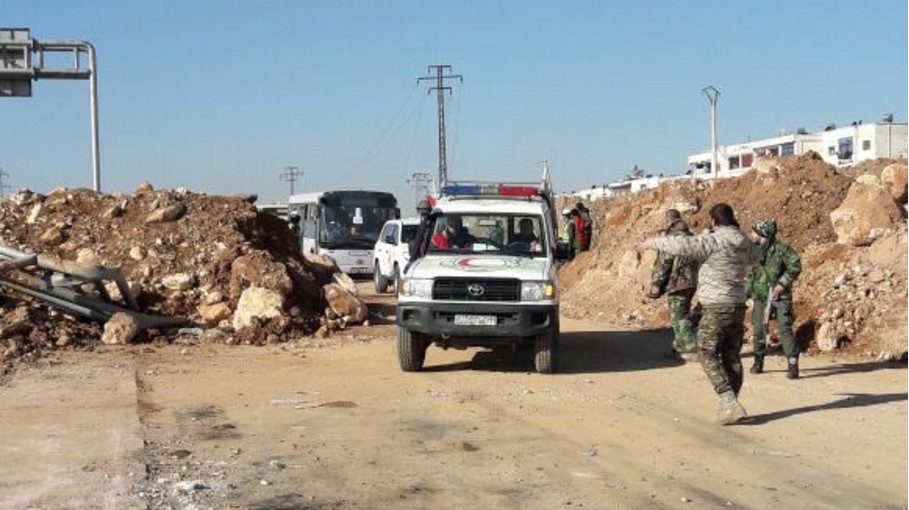 About 750 civilians, including a high number of children and injured people, have been evacuated from the towns of Fua’a and Kafraya besieged by militants in the Syrian province of Idlib.

On December 19, civilains reached the southern countryside of Aleppo city. 14 buses with civilians with some vehicles of the Syrian Arab Red Crescent reached the al-Ramouseh neighborhood of Aleppo. 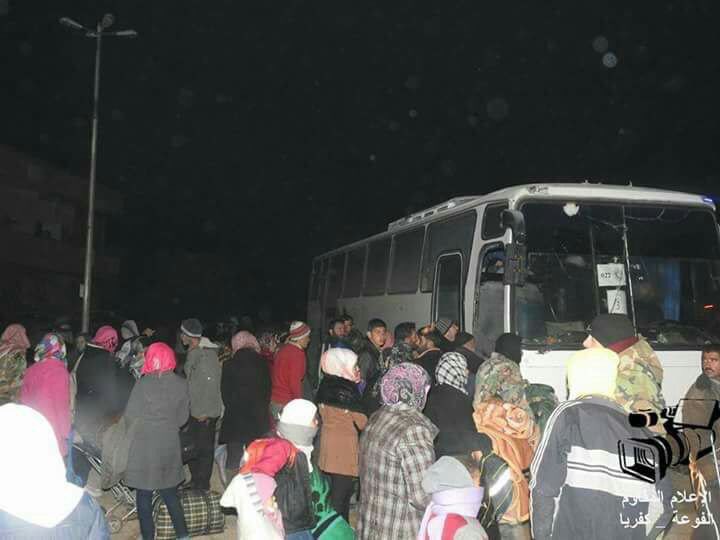 According to reports, in total some 2,500 civilians of Idlib were set to leave Fua’a and Kafraya in return for evacuation of militants from the eastern part of Aleppo city.

On December 18, the so-called “moderate opposition” sabotaged the first evacuation attempt from Fua’a and Kafraya and burned a number of buses sent for this.