3 in 4 of the Dutch voters opposed to the ratification of the EU’s association agreement with Kiev. These are results of a survey conducted in the Netherlands. 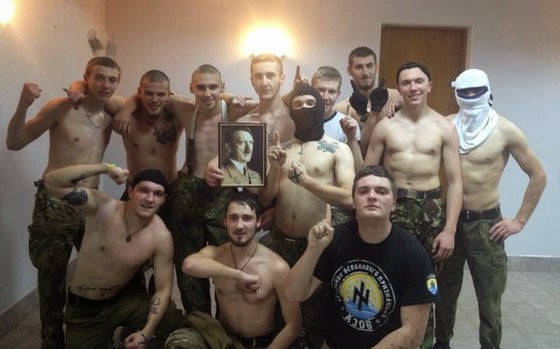 The Dutch television EenVandaag released the results from the poll on Saturday. The survey comes ahead of a public referendum on the issue on April 6, triggered by a petition signed by 450,000 people, which forces the government to put the issue on a referendum.

It turns out that the majority of the Dutch population are strongly against this agreement- over 50 percent said they would ‘definitely’ vote against the agreement, and another 25 percent said that they were ‘likely’ to reject it. The results also report that over 50 percent will go to the poll and another 17 percent will most likely go to express their right to vote.

European Commission President Jean-Claude Juncker expressed an opinion and urging the Dutch people ‘’not to say ‘no’’’. He hopes on this turn out “for reasons that have nothing to do with the treaty itself,” expressing hope that is will not turn “into a referendum on Europe.”

“I have no criticism of the political system in the Netherlands, or on this opportunity to speak out, but I am saying: watch out, this could change the balance in Europe,” Juncker said. “So the Dutch voter must act on April 6 as a European strategist.”

“The Netherlands is an important country, and if people in the Netherlands are voting against a thing like this, then it doesn’t suggest that after all the years we’ve been hearing about how important Ukraine is, the people in western Europe are really supportive of Ukraine at all,” legal expert and international affairs editor for Russia Insider, Alexander Mercouris told RT.

In order for the agreement to become permanent, it needs to be ratified by all of the 28 member states of the European Union. The agreement with the block provisionally came into effect on January 1.

The agreement aims for free trading between Ukraine and the EU, with both sides agreeing to open their markets and remove tariffs on goods. The deal also considers enhances cooperation in the areas of foreign security policy.

“My guess is that people in the Netherlands are opposed more to the EU expansion, which leads to more immigration into Western Europe from Eastern Europe. And they don’t want thousands upon thousands of people coming from Ukraine… One of the reasons why people in Ukraine have wanted it [the agreement], is precisely because that’s exactly what they want to do,” Mercouris said.

While Ukraine’s President Petro Poroshenko has called the agreement “a first step towards EU membership,” it is not mentioned in the deal. The introduction of a visa-free travel regime is also not specified in the document, and the freedom of employment which is only available to full EU member states is also off the table.

Meanwhile, Ukraine is already having troubles with the free trade zone agreement with Moscow since Vladimir Putin put a food embargo as an counteract against its sanctions. Additionally, he signed a decree to protect Russian markets from uncontrolled re-exports of European goods via Ukraine.

RUSSIA is acting as a BULLY-BOY again and in the dead of winter, this action is savage and worthy of UN intervention.

Not really. The loons in kiev can trade with their new friends in the EU and Washington. Why would russia want to trade with a nation that does not pay its bills and is headed racist bigots.

Thanks for the input, troll.

Dutch voters are hardly interested in this vote and referendum.

There is a general feeling that the latest additions to the EU were a mistake and that the EU should be reorganized. No new members until everything has settled down and is either integrated or let go.

Furthermore, people have had it with immigration, from anybody.

Of course, this agreement isn’t about membership in the EU for Ukraine. But the average dumbass in the street is too lazy to figure that out for himself, apparently.

I am not sure the photo is genuine and not staged. There are too many dirty things are done here in Ukraine by politics and secret services after the war was brought to our country from its neighbour. Ukraine suffers more than Russia, and people want truth and peace.

Oh, I can guarantee you it is a fake. Those guys in the picture are Russians. Mark it down.

Prove that or f*ck off. These guys are from ukraine (and ukraine is a dump full of nazis) and it’s been proved numerous times. Those who are not lazy can do that on their own. Besides, one of them douchebags in the photo is wearing the Azov batallion symbolics. Azov is a nazi squad.

In practical terms, if the Dutch vote “No” it really won’t make much difference. The association agreement has already gone into effect with all the other member states of the EU and the Netherlands’ legislature can simply vote to implement the provisions of the agreement piecemeal if they want.

If they don’t, then the business and trade opportunities that would have gone to Dutch companies will simply go to companies located in other EU countries. Furthermore, the visa-free regime between Ukraine and the EU is coming soon whether the referendum passes or not.

But a “No” vote will hand a significant propaganda victory to Putin, the man who is responsible for the murder of over 200 Dutch citizens and who continues to piss on their graves by refusing to admit that Russia had anything to do with it.

How any Dutch citizen, knowing this, could still vote “No” tomorrow is beyond me.