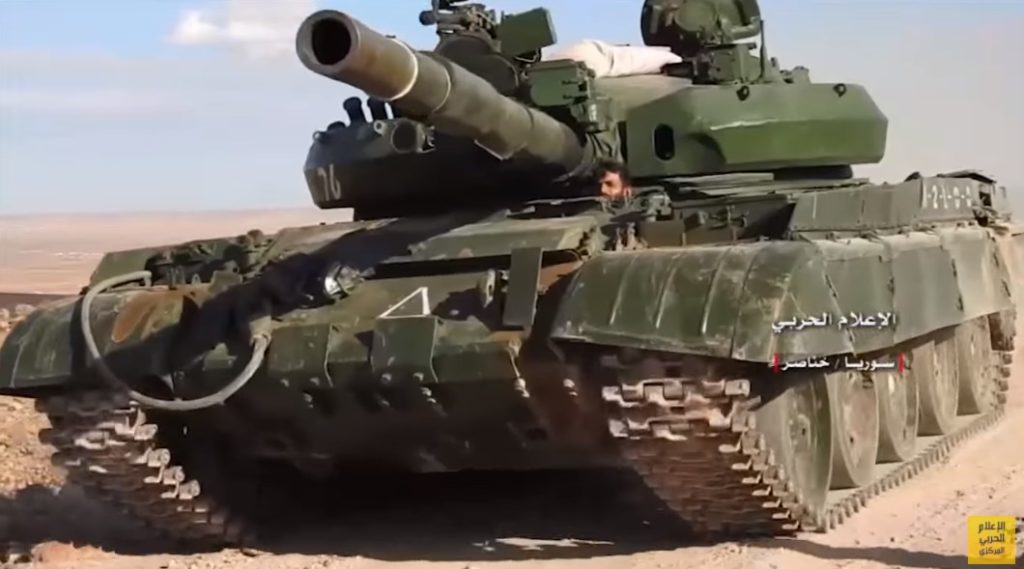 The Hezbollah media wing in Syria has released a 7 minute-long video showing clashes between pro-government forces and Hayat Tahrir al-Sham in the southern Aleppo countryside.

The main clashes are taking place in the villages of al-Rashadiya and al-Hajara near the government-held town of Khanasser. The main goal of the advancing government forces is to expand the buffer zone along the Ithriyah-Khanasser-Aleppo highway. This will allow to shorten the frontline in the area and to secure supplies to the strategic government-held city of Aleppo. 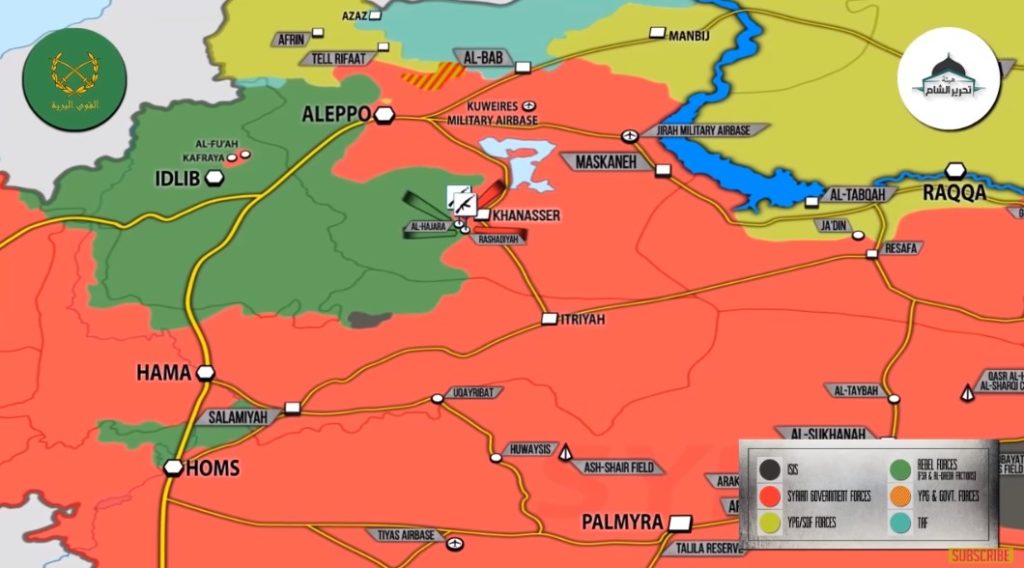 kudos to those who sacrifice everything for peace on earth

Now that Zion’s ISIS has been eradicated from the left bank of the Euphrates – mob up operation will continue for some weeks to come – thousands of SAA & allies personnel will be freed up for the great battle against Zion asset Hayat Tahrir al-Sham & consorts in greater Idlibistan.