On February 16, the Egyptian military announced that 7 ISIS militants had been eliminated in the recent clashes. It added that 15 military personnel were killed or injured. In turn, the ISIS-linked news agency Amaq claimed that 20 personnel had been killed in the attack. 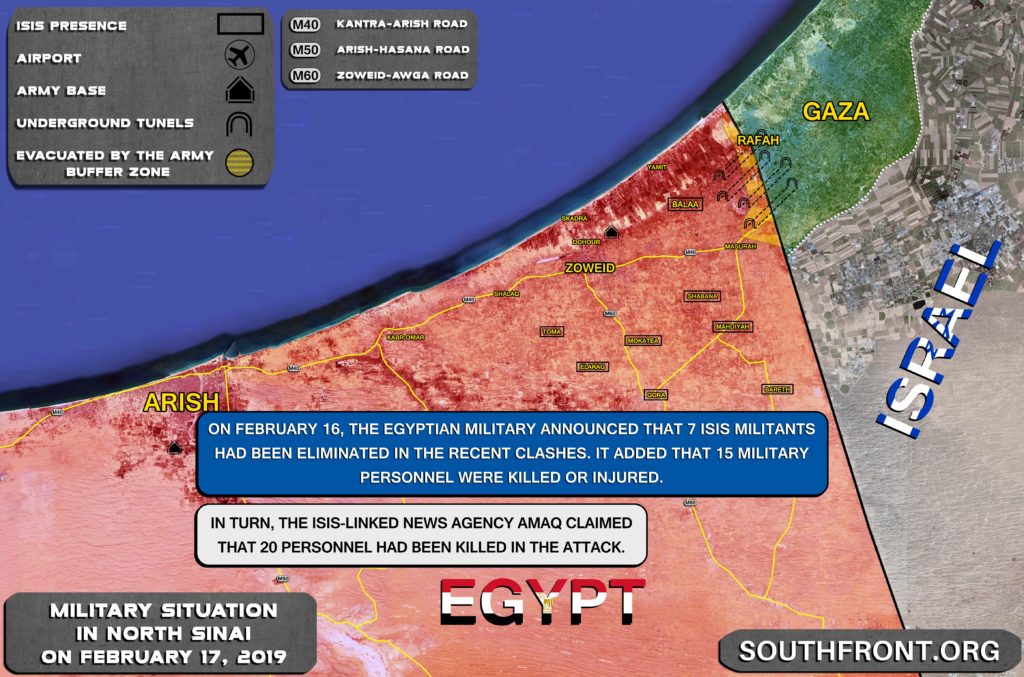