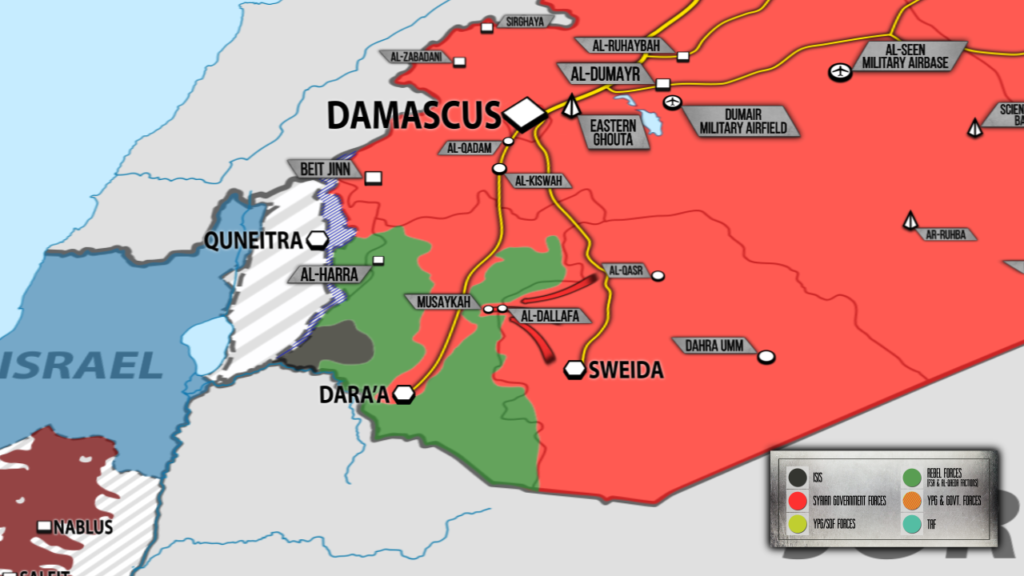 Militant groups and alliances in southern Syria have declared an establishment of the Central Operations Room in order to  plan and carry out military actions against the Syrian Arab Army (SAA) and its allies. The establishment of the alliance was announced late on June 20 by the Southern Front of the Free Syrian Army (FSA). 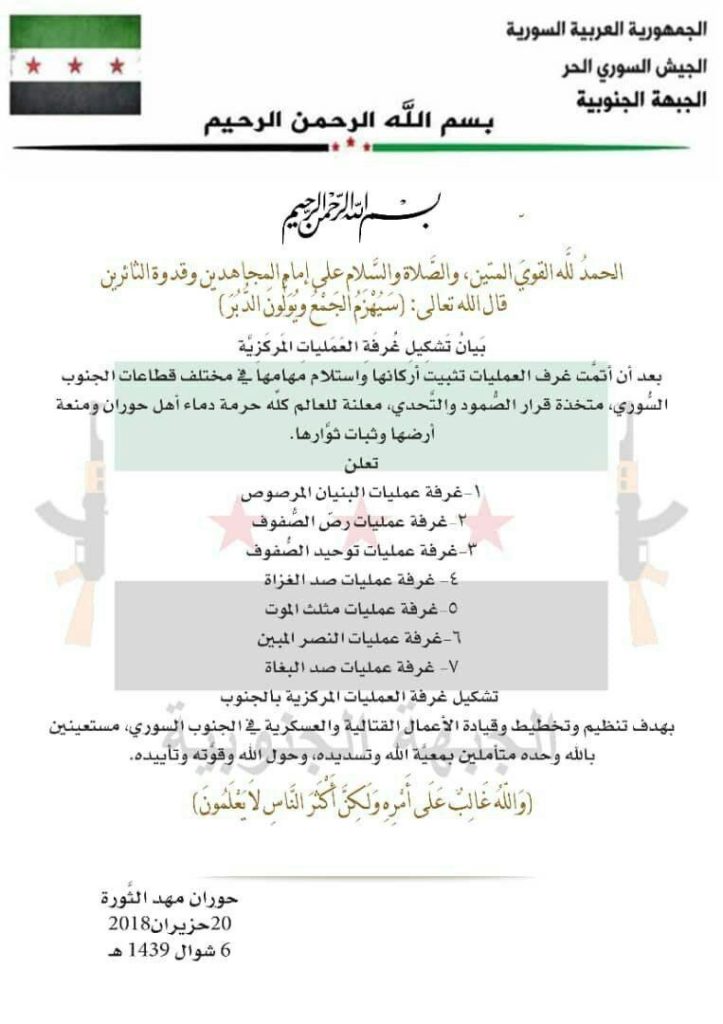 On June 20, the SAA and the Tiger Forces captured the villages of Musaykah and al-Dallafa northeast of the city of Daraa. Thus, they cut off the only supply line to the militant-held area – the district of al-Lajat – north of these two villages.

The Syrian military had deployed a significant force, including assault units and battle tanks, in the province of Daraa. Thus, it’s able to create advantage in fierpower and manpower over militant groups on important parts of the frontline. The northeastern Daraa pocket is likely the first target of such efforts.

Good News. Militias in Syria now starting to DIRECTLY threaten, U.S. Troops and who do the U.S. troops work for -ZIONIST Israel. could Israel be next ?:

Not way, all of them will be totally destroyed, mercenaries and traitors to their country.

Gettin’ Desperate..?!! You were always ONE ALLIANCE of USraeli-FUCKTARDS! Don’t pretend that it is somethin’ NEW….it’s just another COAT for American-Terrorists… U.S.A: Biggest Sponsor of TERRORISM…

this time no fcking and joking, Israel Army, Free Syrian Army and USA Air Force are on the same job, Iranians and Assadist will be burnt like pigs, stupid shiite soldiers are listening crazy mullahs ih Tehran but they no listening threats by Israel and USA, shiite soldiers decided to be baked in boiling, so let it be, Israel will fcuk everbody against him

Fuck off Hasbara-Cockroach…Go suck your Master Satanyahoo…if you swallow he’ll tip you some extra $hekelsss…Satanyahoo will fuck you ALL… because he will jump on his Private-Jet to New Zealand when the Shit Hits the Fan… and Leave you and your Brothers behind….just think about that…

Your only mistake- suggesting that they “think about that”

Thinking is not one of their skills, so they are doomed – yipee:-)

The slowness of the formation of this alliance shows severe internal difficulties with the Rebels.

The militants are feeling the heat now. They are losing with no sign of respite. Done.

UN Sec-Gen Guterres says he’s concerned about fighting in SW Syria which he says, has displaced Thousands & poses a threat to regional security BUT Are Syrian Army Not Entitled to Remove ISIS & HTS Jihadist “Opposition” in S Syria? And Should We Not Thank Them?? Have we in the “West” completely lost our minds?