It is not clear yet who is behind the attack. 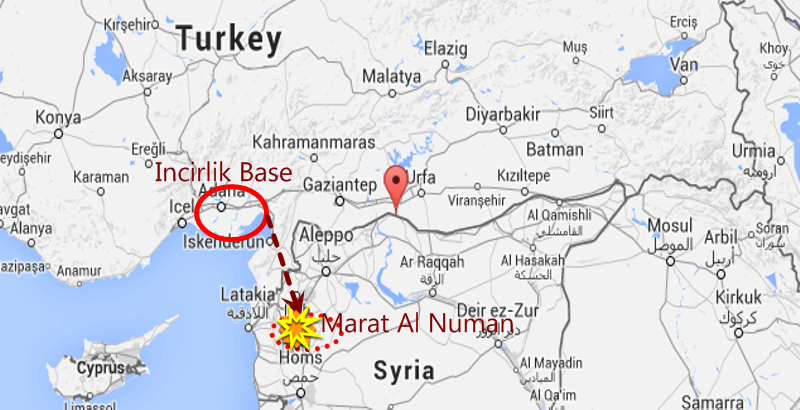 On Monday, the Medecins Sans Frontiers (MSF) said that four rockets hit a MSF affiliated hospital in the northwestern Syrian city of Maarat Numan, in the Idlib province. Although MSF did not name out any possible suspect of the deadly attack that killed at least 7 people.

A member of the Russian upper house’s Committee on International Policy claimed on Tuesday that those airstrikes were carried out by aircraft departing the US Incirlik Airbase in Turkey. 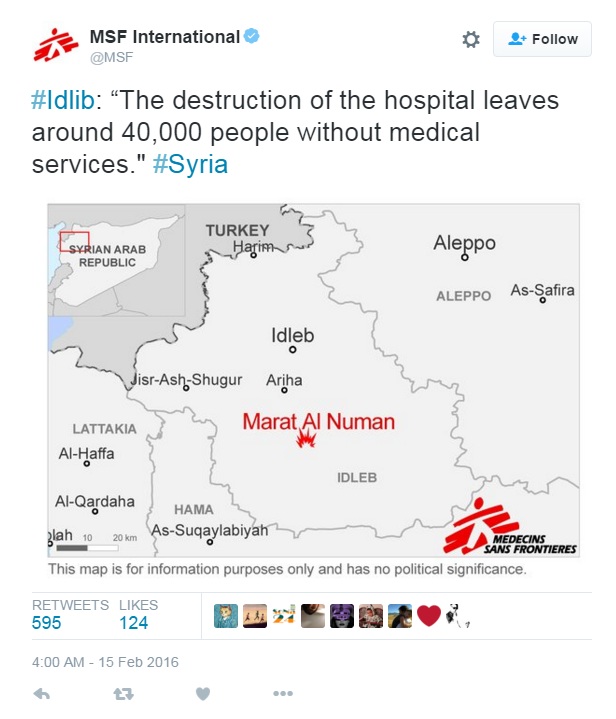 “Reconnaissance data shows that the planes carrying out the strikes on these civilian facilities took to the skies from the US base in Turkey’s Incirlik where US-led coalition and Turkish airplanes are based,” Senator Igor Morozov told a Russian News Agency.

On Monday, Turkish Prime Minister Ahmet Davutoglu claimed at a press conference that the hospital had been struck by a ballistic missile launched by a Russian warship deployed in the Caspian Sea.

On the other hand, in an interview with the Rossiya 24 television, Syrian Ambassador to Moscow Riad Haddad accused US for the airstrike in that hospital.

“Actually, US Air Forces have destroyed it, and Russia Aerospace Forces have no connection to it. Intelligence information proves it,” Haddad said in an interview with.

And where where the S400 then?

They’ll only shoot down Turkish or possibly Saudi aircraft. Neither Russia nor the US would risk directly shooting at each other.

simply waiting for the right target…..

Are we sure it was Americans? I know they have a proven track record of bombing MSF hospitals, but ever since the Saudi terrorist regime parked their warplanes in Incirlik, somebody’s been going on a hospital bombing spree…

are the saudi F-15’s really there, any confirmation……?

Just google it, every major outlet is reporting it.

anyone really believe a S400 would be expended on a MSF hospital??? really????

It has been reported that no Russian planes were in the area & that Syrian forces saw two US A-10 fighters undertake the raid. This is yet Another MSF hospital destroyed by the US!!! After the one in Kunduz, Afghanistan.