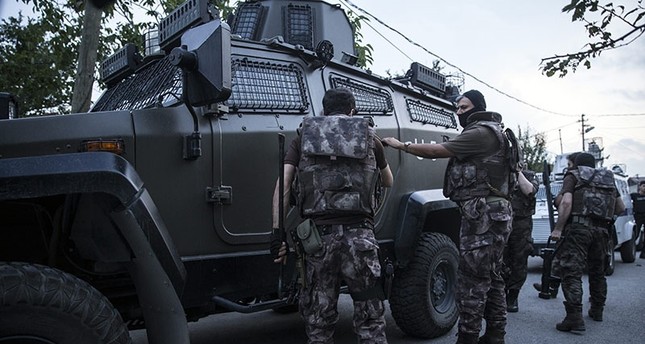 On May 15, 54 suspects were detained by the Istanbul Police Department’s Counter-Terrorism Unit teams, which had conducted a major operation against ISIS, Turkish newspaper Hürriyet reported.

The raids of 19 locations in 13 districts in Istanbul resulted in the massive arrest of persons allegedly affiliated to ISIS.

From the beginning of 2018 a series of detentions has been carried out in Turkey.

On February 2, Turkish police arrested 82 ISIS suspects during an operation in Istanbul. The supposed members of ISIS were preparing a terrorist act in the city.

On March 5, 16 ISIS suspects were detained in Ankara.

On March 7, 13 ISIS suspects were arrested by Turkish security forces in Adana. 12 of the detained were Syrian nationals.

On March 23, 14 suspects were arrested in Istanbul over alleged links to ISIS.

On April 16, Turkish counter-terrorism police detained 4 foreign nationals as part of an operation against ISIS in the western province of Sakarya.

On April 27, an associate to ISIS leader Abu Bakr al-Baghdadi and 3 other ISIS suspects, were caught in the western Turkish province of İzmir in a cooperation of the police and national intelligence organization. Furthermore, 14 people were detained in an anti-ISIS operation in the southeastern province of Gaziantep. The arrested persons were accused of spreading ISIS propaganda in social media.

On April 30, security forces jailed 6 suspected ISIS members in Ankara and the southern province of Adana.

On May 1, police arrested 9 ISIS suspects during an anti-terror operation in the Central Anatolian province of Konya as they had been accused of making propaganda for ISIS on social media.

On May 3, police arrested 6 ISIS suspects in the southern province of Adana and the Central Anatolian province of Kayseri.

According to the state-run Turkish Anadolu Agency, 1,447 people, including foreigners, were detained in 2017 in Istanbul for their suspected links to ISIS. The Istanbul Police Department’s Counter-Terrorism Unit teams conducted 58 operations against the terrorist group in 2017.

You mean that Ankara is calling any PKK member an ISIS affiliate? Probably, but this would also be a way for Ankara to get rid of their internal enemies. And they’re are most likely a few ISIS terror cells in Turkey, but yes I agree the ISIS label is definitely being misused.

exactly thats what i mean…..isis is a label for every ‘terrorist’ they arrest…..Kurd, Turks belonging to the left etc. The ISIS cells that you say that exist in Turkey were fully welcomed in the past. All terrorists received health care,safe hideouts etc as long as they fought Assad. Recently even representatives of Chinese ethnic minorities were attending meeting and gave public appearances ….radicals that were there to make clear that if they get support from Turkey they will take arms against the Chinese government….. Uyghurs that is……Turkey is taking seriously the example of Saudis , Qatar etc …all the terrorists sponsoring states….

The Farney Fontenoy
Reply to  Smaug

The ISIS label is not being mis-used, the PKK/YPG are well-known to be allies of ISIS, they have been from the start, any conflict is purely at the behest of Washington.

South Front hints that they doubt that these were really ISIS members. There is reason for this, remember how Turkey arrested protesting college students for ‘terrorism?’ It is very possible that Ankara is equating any sort of anti-government activity with ISIS in order to suppress dissidents. The truth is more likely to be in the middle, though: that is Ankara is using the fight against ISIS to dispose of their internal enemies.