So-called Russian aggression is a standard NATO propaganda which blaims Russia only to cover the truth about reality. On the infographics below you can see the US and NATO military moves near Russian border. Guess what the US will do if Russia praсtice the same on US borders? As we know US, it will immediately declare Russia an enemy of the world and try to use nuclear weapons against Russia. 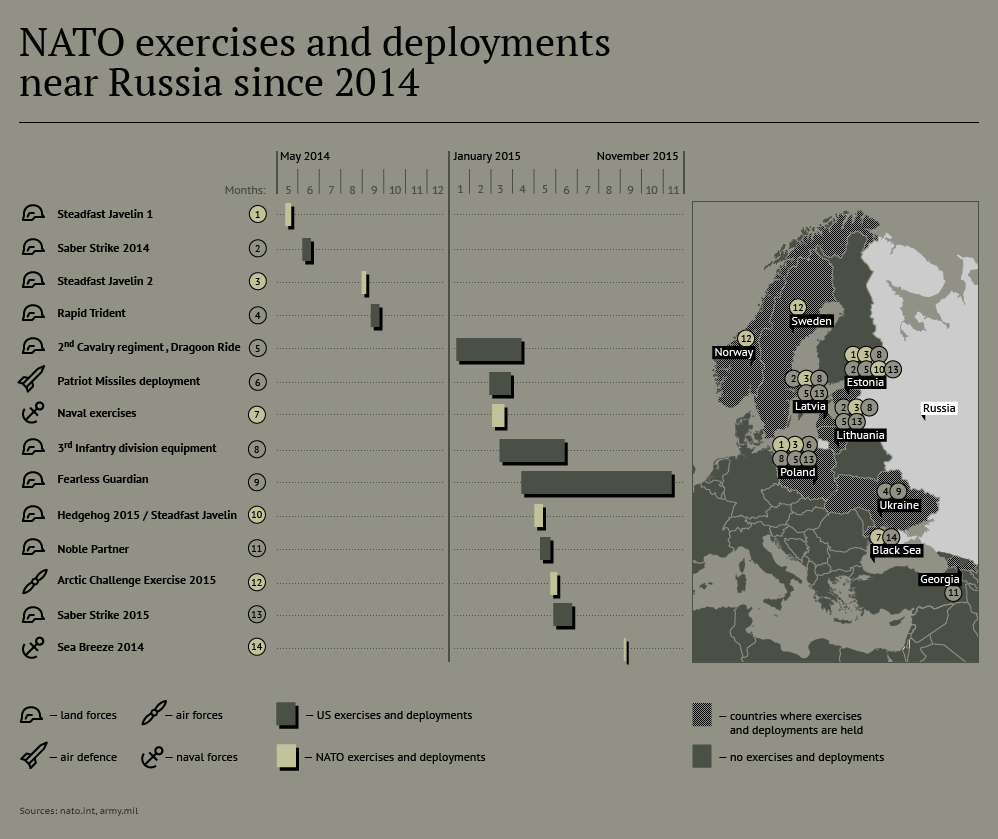