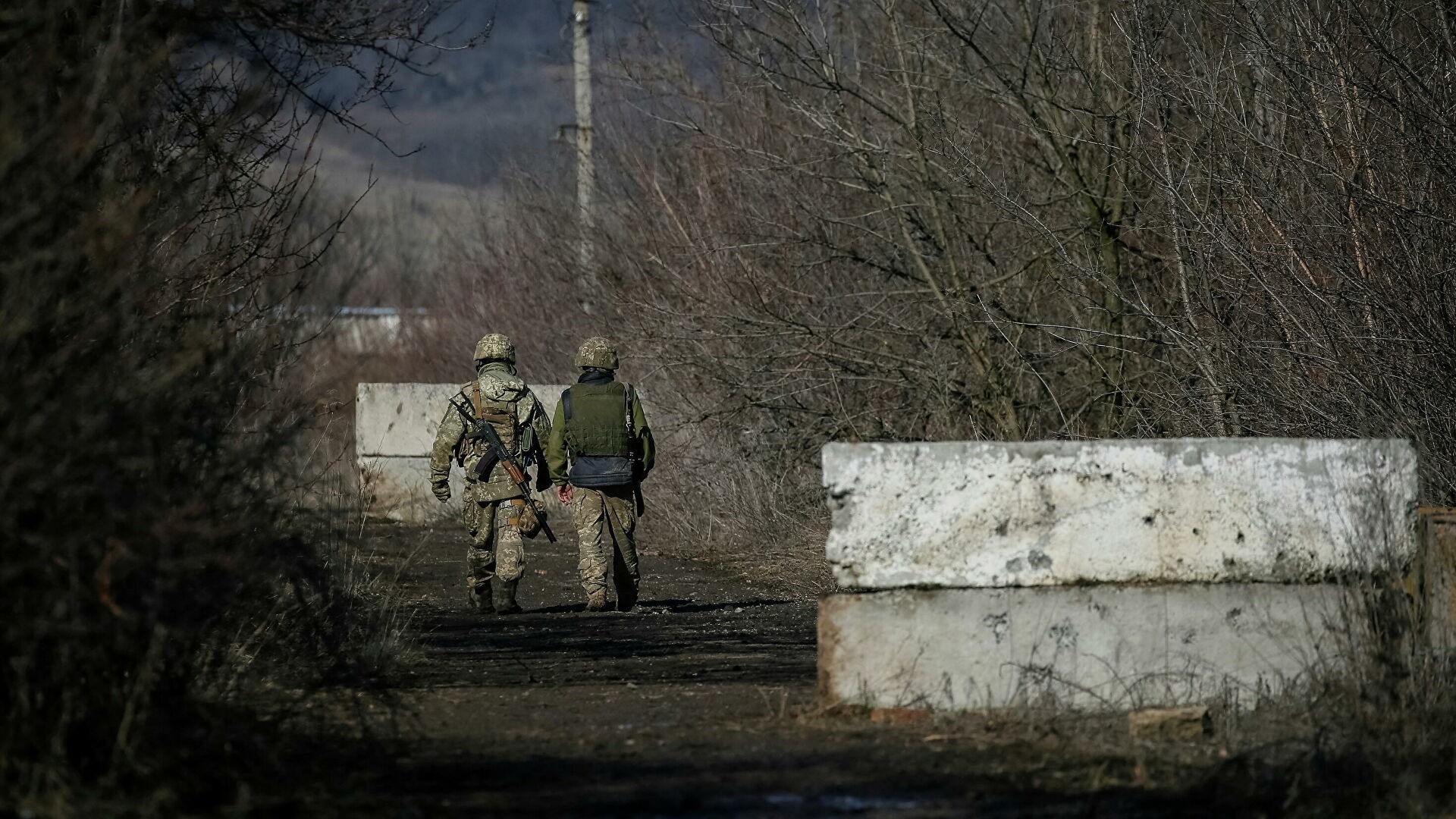 The press service of the Southern Military District of the Russian Federation reported that the subdivision of the Russian armed forces, alongside with a border guard of the FSB, destroyed a Ukrainian sabotage group that penetrated into Russian territory .

On February 21 at about 6 am in the area of the settlement Mityakinskaya, Rostov region on the section of the state border of the Russian Federation with Ukraine, border guards discovered an intrusion by a group of saboteurs.

A detachment of border troops of the FSB requested support from a unit of the Russian armed forces to detain violators,.

Two infantry fighting vehicles of the Armed Forces of Ukraine crossed the state border from the Russian Federation during the combat clash for the emergency evacuation of the sabotage group from the territory of Russia.

Both infantry fighting vehicles of the Armed Forces of Ukraine were destroyed with anti-tank weapons by a unit of the Russian armed forces that immediately arrived at the conflict site.

As a result of the clash, 5 violators of the border of the Russian Federation from the sabotage and reconnaissance group were destroyed. There are no casualties among the Russian military.

A sabotage group of the Armed Forces of Ukraine broke through, which also tried to reach the border with Russia in the Novoazovsky district of the DPR on 21 february, 2022.

According to the People’s Militia of the DPR, later the Ukrainian saboteurs were blocked on the territory of the republic. A battle is now going on.

Please have some respect and dignity to terminally ill people with massive head trauma.

Lance Ripplinger
Reply to  the end

There is concrete evidence now that the US/UK backed Ukranian forces or mercenaries were the ones who attacked the territory of the Russian Federation.

This is a de facto declaration of war on Russia by the Ukranian forces and Russia has the Ukrainian dead bodies of the sabotage group, plus the 2 destroyed Ukrainian armoured personnel carriers and dead crew members who attempted to exfiltrate the Ukrainian sabotage group.

I agree with you Florian.

You didn’t just sip the Kool Ade, you drank a gallon, but then, you help make it, don’t you?

Nice work by the Russian Army. Two less BMP-2 infantry fighting vehicles for those stupid, reckless, Ukro puppet morons. I wonder what that slack jawed, mealy mouth Kosher chicken hawk “John Smith” (remember his recent opinion piece on this website) has to say about the capabilities of the Russian Army. For the military illiterates in Washington, DC, London, Brussels, Ottawa and those criminal scumbags with the really disgusting, laughable English-language accent in Canberra, the Russian Army has a lot more anti-tank missiles of the Fagot, Konkurs, Metis and Kornet types.

Can anyone who is knowledgeable identify the vehicles? Brand? Maker?

BMP-2 infantry fighting vehicle that first entered service in the early 1980s. Armed with one 30 mm. gun, one 7.62 mm. PKT machineghun, one AGS-30 30 mm. grenade launcher and a launcher for the Kornet anti-tank missile. It is produced by Kurganmashzavod Ordnance Factory Medad.

The US ,UK needs to send armor to Ukraine to test de anti-tank weapons of Russian soldiers…

They have,don’t you watch the news?

All the while the chosenite elites have left the country with all their stolen loot. The poor dumb bastards, dying for Americ*nt and Israhelli scum!!!

Israel has nothing to do with this.