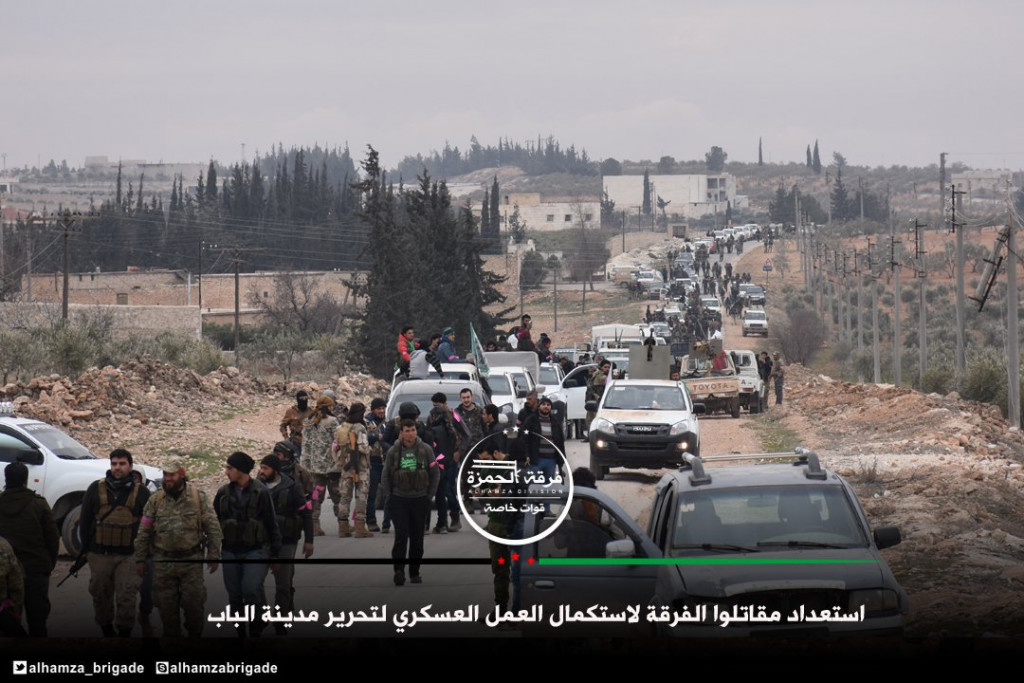 Pro-Turkish fores are heading to Al-Bab

Today, 5 more Turkish soldiers have been killed in clashes against ISIS terrorists in the area of al-Bab in the Syrian province of Aleppo, according to Turkish sources.

The bodies of the killed soldiers have been taken to Kilis State Hospital in Turkiey, media reported.

Some pro-militant sources speculated that at least two Turksih soldiers of four were killed as a result of an air strike by the Syrian Air Force. However, these claims have not been confirmed.

At least they died fighting against ISIS.