The USS Coronado (LCS-4) combat ship has started to have problems with its engine system, the vessel is currently returning to the Pearl Harbor base. 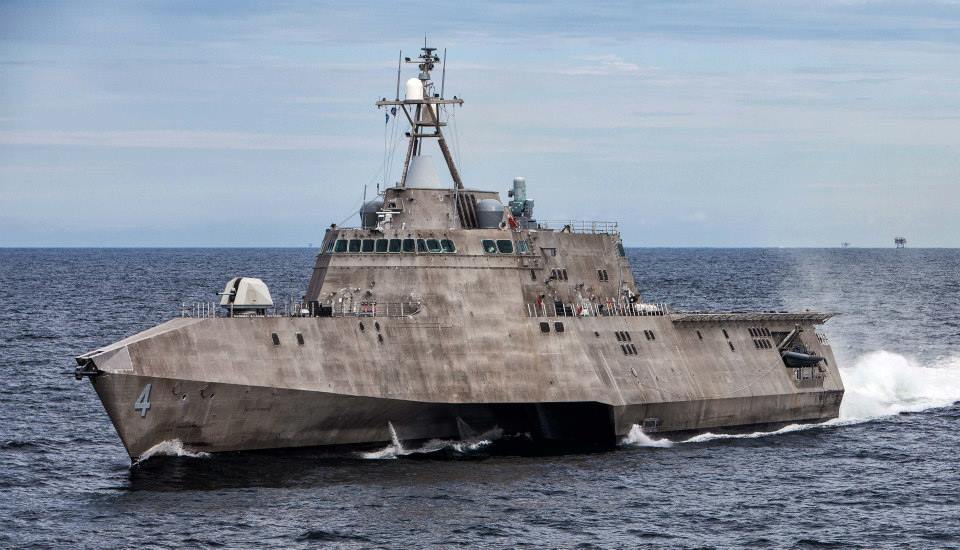 The USS Coronado (LCS-4) combat ship are returning at low speed to the Pearl Harbor naval base due to problems in the engine system of the vessel, which has begun when it was in the central Pacific, the Defense News information website reported, citing a source in the US Navy.

According to the source, the ship had to return to the base in Hawaii, located at about 1,500 km away, in connection with the damage. The vessel is moving at a low speed 18.5 kph.

Seventy seamen are serving on the board of the USS Coronado, which is still in the path. On Friday, the ship has left the base and gone to Singapore. The vessel’s cost is estimated at $360 million.

The USS Coronado has become the fourth damaged ship of the US Navy’s coastal zone in the past nine months. In July, the Freedom combat ship was put out of commission due to the ingress of seawater into its motor system.

In January, the USS Fort Worth (LCS-3) combat ship became unserviceable due to technical problems in the port of Singapore. And, in December last year, a defect was found in the engine of the USS Milwaukee (LCS-5) combat ship, when it was heading to its home port of San Diego (California State).

US armed branches are getting junk for the exhorbitant sums they are paying for these “new generation weapons”.

One thing that has become prevalent in the American culture, especially with work ethic, a lot of people do not do what they are supposed to do, and they get away with it because of the politically correct culture that is prevalent. Reliance on technology has dumbed the human skills that are necessary to employ technology effectively. Human intelligence controls the application of the technology, instead of technology taking over human intelligence.

I dare you to go to a Naval Ship yard and run your mouth.

Actually his book “the Bible” can be found all over the Navel Ship Yard and in the chapel and in officers rooms. Read who you are talking to lol. I dare you to write the worlds best seller. haha

I reckon a lot of old hands would tell you its a load of crap.

You need to do some research, because you are wrong.

What research you want me to do? A 2000 + ton ship armed with a 57 mm cannon? A world war 2 destroyer armed with 5′ guns would sink it from 15 miles away. What is the range of a 57 mm gun? On the other hand a Russian corvette Buyan type displaces 1000 tons, has a 100mm gun, 2-30mm CIWS, 8 Oniks/Kalibr surface to surface missile, a retractable Grad launcher and an assortment of MAN PADS. It costs approx. 60 million dollars. Please tell me, who is using their defense budget intelligently? The Russian corvette costs a 1/6 less and packs a powerful punch, capable of engaging carriers from a 1000 miles away.