At least 36 terrorists have been killed by the Pakistani security forces in various parts of the country after a major terrorist attack in Sehwan-Sharif. 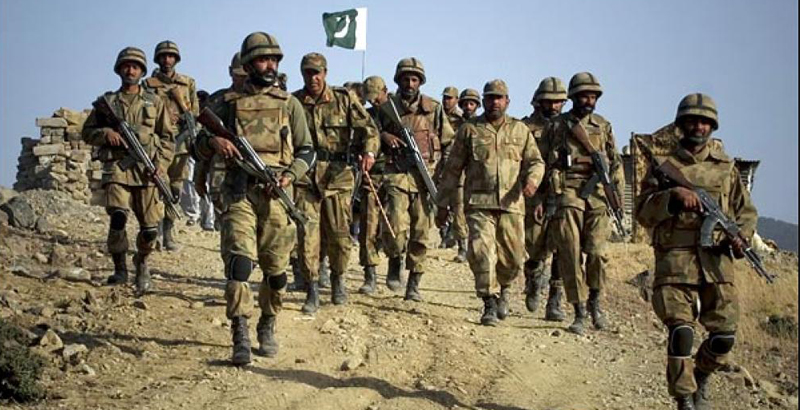 The Pakistani security forces have eliminated 36 terrorists in raids and clashes in various parts of the country after a major terrorist attack in Sehwan-Sharif that killed more than 70 people, the Dunya News TV-channel reported.

According to the TV-channel, militants attacked a patrol of rangers in Mangopir district, located in Karachi, Sindh province. The security forces opened retaliatory fire and killed six attackers. After this, an operation for search for their accomplices was launched. During the operation, there was another clash between Pakistani servicemen and terrorists. As a result, five of them were killed. In another populated locality, Sindh Katori, rangers managed to kill other seven militants.

Another clash between terrorists and border guards took place on the border with Afghanistan, in the tribal areas in the north of the country. Three terrorists were eliminated, while two Pakistani soldiers were injured.

Meanwhile, in the city of Peshawar, located in Khyber Pakhtunkhwa province, the security forces stopped a vehicle for inspection, militants, who were inside, opened fire on them. As a result, three terrorists were killed. Other 12 militants were killed in other parts of the country.

Earlier, official representative of the country’s army, Major General Asif Ghafoor, said that the Pakistani Army believes that the recent series of terrorist attacks in the country was organized by an order of the “hostile forces” from the territory of Afghanistan, and Islamabad is going to retaliate. In his turn, Chief of the Pakistani Army Staff, General Qamar Javed Bajwa, said that “every drop of blood of the nation will be avenged and avenged instantly, no one will hold back any longer.”

Pakistan should keep its powder dry……many more such terrorist attacks are on the way. As you sow…..

retaliate pfffffff…….they better close the gates of ISI and there wont be any terror attack in the region.