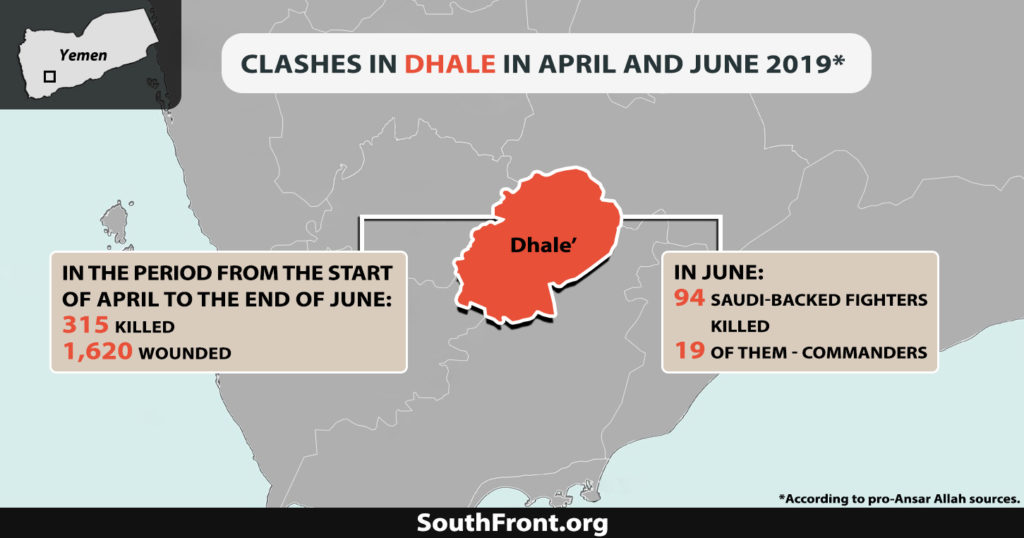 The media wing of the Houthis (Ansar Allah) has released a new report on the sitaution in the Yemeni province of Dhale in April and June. According to the report, at least 315 Saudi-backed fighters were killed and 1,620 were wounded in clashes with Houthi forces. 94 of these fihters were killed in June. This indicated that the intensity of clashes in central Yemen recently decreased.

At the same time, the situation escalated along the Yemeni-Saudi border where Houthi units continue their successful operations against Saudi-led forces. 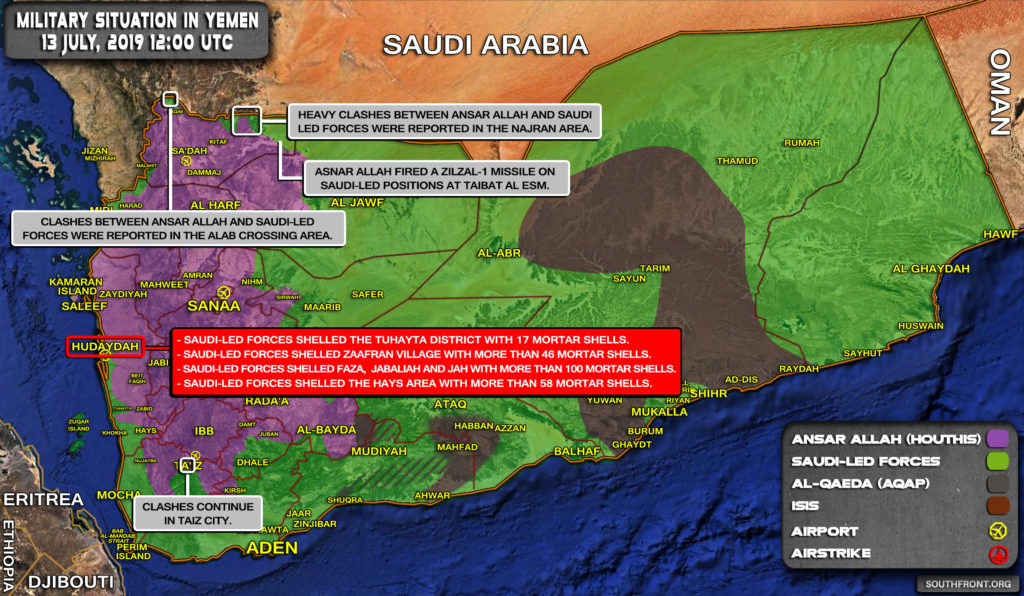 MORE ON THE FUTURE: