French police has arrested three radicalized women, who were planning a bomb attack on the Paris Gare de Lyon railway station and the Essonne railway station. 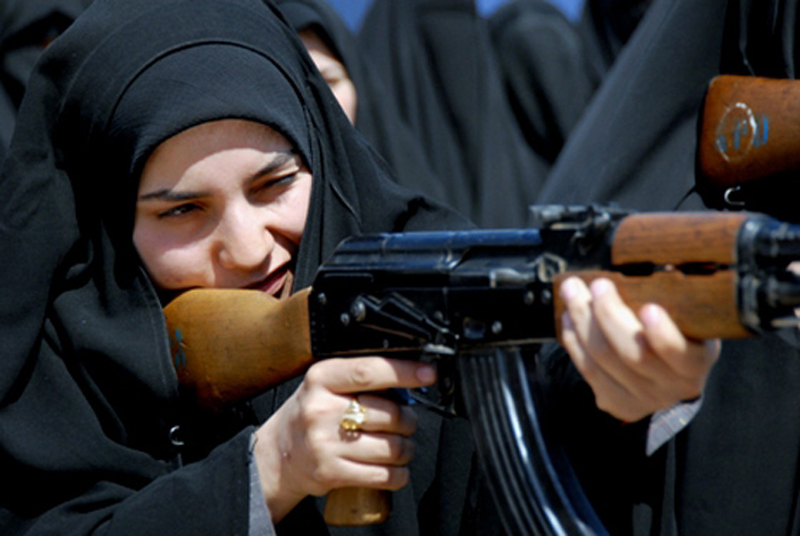 Three radicalized women, who were planning a bomb attack on the populous Paris Gare de Lyon railway station, have been arrested by French police, French Interior Minister Bernard Cazeneuve said. Reportedly, in such a way, the women were going to avenge the death of top Islamic State (IS) leader Abu Muhammed al-Adnani, who was killed in an airstrike, carried out by a Russian Su-34 bomber on August 30. The women were also planning to strike the Essonne railway station, RTL reported, citing police sources.

The women’s detention was carried out in the Boussy-Saint-Antoine commune of the Essonne department in northern France on September 8. The commune is located some 20 kilometers from Paris.

“These young women, aged 39, 23 and 19, [are] radicalized fanatics, presumably preparing new violent and imminent actions [in France],” Cazeneuve said during a press conference.

According to the Interior Minister, one of the women wounded a police officer from the General Directorate for Internal Security (DGSI) during the raid.

The officer “was injured with a knife in a shoulder [by one of the suspects] during the operation. He is currently in hospital, but his health is not in danger… One of three women arrested was injured during this operation,” Cazeneuve said.

As the Minister noted, a trail of the women was found in a recent incident, when at least seven gas cans were discovered by police in an abandoned car, Peugeot 607, parked near Notre Dame Cathedral in the French capital on Sunday morning. One empty canister was sitting on the passenger seat, but no detonators were found. According to sources of the AFP news agency, one of the women, who turned out to be the daughter of the car’s owner, was reportedly shot by police. When confronted, “one young woman pulled out a knife and stabbed a police officer at stomach level,” AFP quoted the words of local resident Joachim Fortes Sanchez. “It all happened very fast.” Later, RTL TV reported that the women were planning to set the canisters on fire, but something reportedly went wrong, and they had to hurriedly leave the place.

According to French media, one of the detained women, a 19-year-old Ines Madani, had swore allegiance to the IS terrorist group. Reportedly, Madani was on the “Fiche S” list of people, considered to be a threat to national security of France and supposed to be constantly monitored by the authorities. According to Belgian RTBF TV-channel, Belgian intelligence services also knew Madani. Reportedly, she has maintained a close link with would-be jihadists in Belgium, who were planning to travel to Syria to join terrorists.

According to RTL, before the police raid, Madani wrote a farewell letter to her mother, as well as another letter, in which she pledged allegiance to the IS.

Reportedly, the women also were linked with Hayat Boumeddiene, a suspected accomplice of Amedy Coulibaly, who killed four hostages in a kosher store and a police woman in Paris in January of 2015.

According to RTBF, Madani also was familiar with Rachid Kassim, one of the extremists suspected of being connected to the murder of Father Jacques Hamel in northern Saint-Etienne-du-Rouvray in July.

Later on September 8, the boyfriend of one of the women was arrested by police, AFP reported, citing police sources. The man was suspected of having links with extremists, as well as he has a brother who is currently in prison for having connections with Larossi Abballa, an IS terrorist, who killed a policeman and his partner in June of this year.