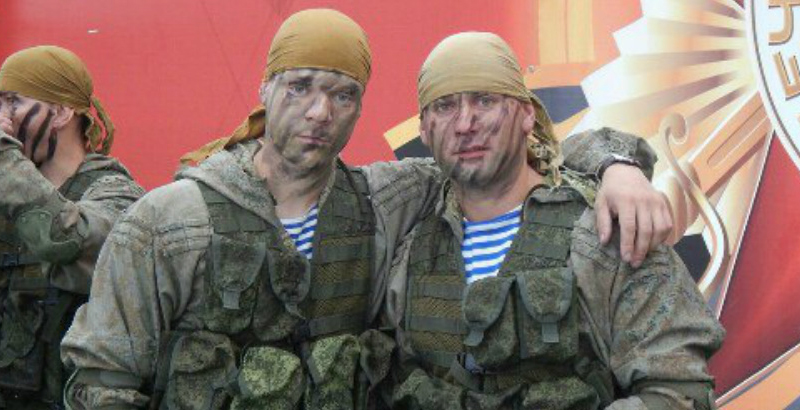 The Russian Defense Ministry officially confirmed that Artem Gorbunov, a Russian soldier under contract, lost his life during the liberation of the Syrian city of Palmyra from terrorists.

Earlier, the Conflict Intelligence Team research center reported about the death of the soldier, citing words of the Russian serviceman’s wife. Commenting a video, published online on the Vkontakte social network and showing fighting for Palmyra, she wrote that her husband was killed during the storming of the city on March 2.

According to the Russian Defense Ministry, the incident also took place on March 2, when a group of terrorists of the Islamic State (IS) tried to break through to positions of Syrian troops. At that time, Russian military advisors also were there. Gorbunov was among their guards. The 24-year-old soldier went into combat with the terrorists and was killed by their bullets.

A statement of the Russian Defense Ministry reads that the Command posthumously put forward the courageous serviceman for a state decoration.

According to the Dozhd TV-channel, Gorbunov served in the 96th separate intelligence brigade, based in Nizhny Novgorod. This fact is confirmed by a photo, published online by his friend in November 2016. The photo shows Gorbunov on a parade ground of the military unit.

On Monday, a number of Russian media also reported that another Russian soldier, 23-year-old Ivan Slyshkin, lost his life in Syria. His funeral took place in the town of Ozersk, Chelyabinsk region, on March 2.

However, Slyshkin was not officially included in the list of Russian servicemen, serving in Syria. The Russian Defense Ministry also did not confirm the fact of his death in Syria. According to the Russian military department, Slyshkin served in the Armed Forces, but in 2013 he was transferred to the reserve. As the RBC news website reported, Slyshkin was in Syria as a member of the so-called Vagner Private Military Company.

On Tuesday, the so-called Conflict Intelligence Team also reported about the death of another Russian serviceman in Syria, Vasily Yurlin from Tolyatti city. The Yurlin’s father confirmed his death to RBC.

According to the report, Yurlin was killed on February 20. The Conflict Intelligence Team claims that the serviceman served in the Russian airborne forces. however, the research center could not find any evidence of his military service in the Russian Army in the recent years. “All this suggests that Vasily Yurlin was probably a fighter of the so-called Vagner Group private military company, like Ivan Slyshkin, who was killed on February 12,” the center concluded. The researchers also noted that the Russian Defense Ministry probably also will not confirm the death of Yurlin.

The death’s Circumstances of the soldier are unknown. According to the Conflict Intelligence Team, his funeral will take place in Tolyatti on March 8.

Those are good deaths, they didn’t die watching TV, or drunk after a car accident. They died helping people at a foreign country!

RIP for doing good things against evils and his collaborators.