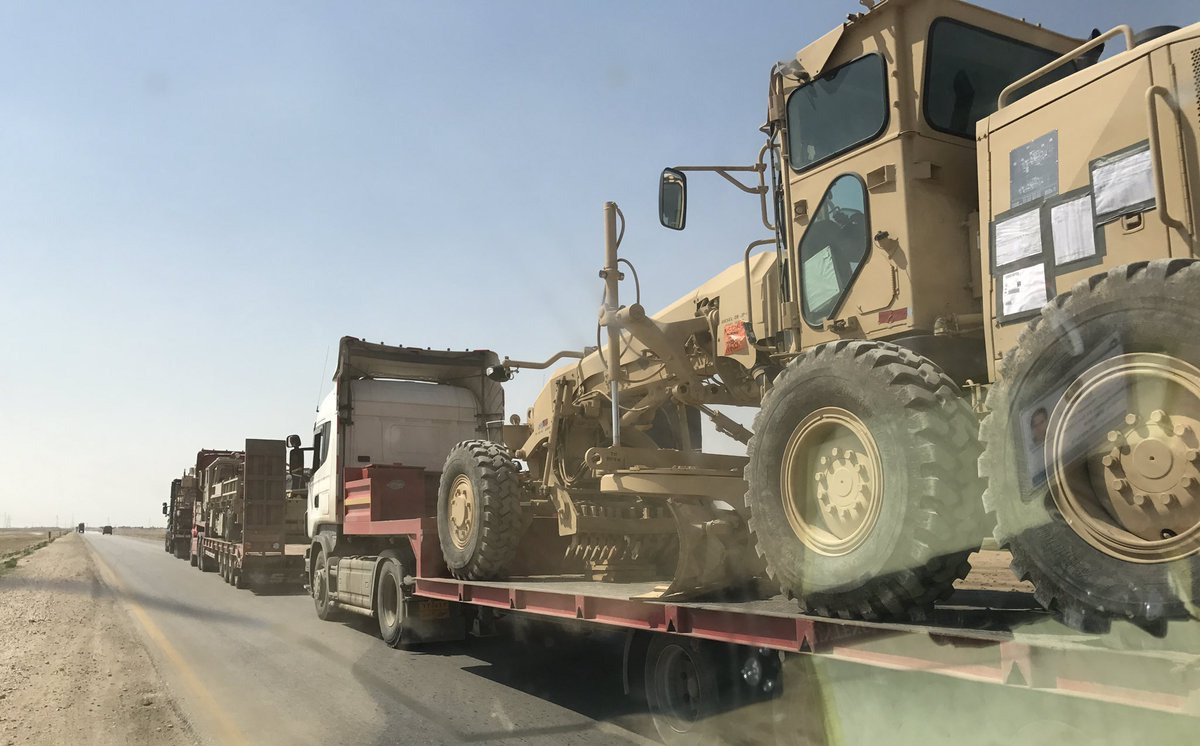 A large convoy of some 270 trucks working for the US-led coalition left Syria’s northeastern region to the Iraqi Kurdistan Region between November 5 and 7, according to the Syrian Arab News Agency.

“A convoy consisting of 150 cargo trucks and 120 covered flatbed carriers carrying vehicles of the American occupation left a military base at Kharab al-Jeer Airport between midnight yesterday and today’s morning … and headed to northern Iraq through the illegal al-Waleed crossing,” a source with knowledge on the matter told the state-run agency.

According to the source, the convoy was guarded by US armored vehicles and armed pickups of the US-backed Syrian Democratic Forces (SDF).

The large convoy was reportedly spotted by a Syrian drone as it was heading towards the al-Waleed crossing on the border with Iraq.

A giant convoy of US illegal occupation loaded with stolen Syrian oil was located in Kurd-controlled territory. It stretched for several kilometers. The Syrians in Qamishli used a drone to photograph a long line of oil tankers heading for Iraq.https://t.co/W8jRB9ENzr pic.twitter.com/9fBVtNBebY

The US-led coalition is not likely withdrawing troops from northeaster Syria. Earlier this year, US sources and officials in the SDF revealed that Washington is not planning to leave the region any time soon.

The convoy may have been carrying US military equipment and materials meant to be sold on the black market in the Kurdistan Region, such as oil and grains.

It is worth noting that the Kurdish-led SDF is currently preparing for a possible attack by the Turkish military and its proxies on its areas in northern and northeastern Syria.

One Turk nailed like Christ to the back of each truck would leave plenty of room for more.

Apparently there was a typo in the title.

Been lots and lots of talk but not much happening. The Yanks are supposed to be supporting the Kurds but will they protect them against a NATO ally and if they don’t will the Kurds then realise they can’t trust the Yanks. So many groups with their own ideas of how things should be so in the end who is fighting who and for what.

The Yanks want to redraw borders. They want both Turkey and Syria to break apart into many states.

YPG are SYRIANS. Turkish Kurds/Zazas fight on the side of the sultan.