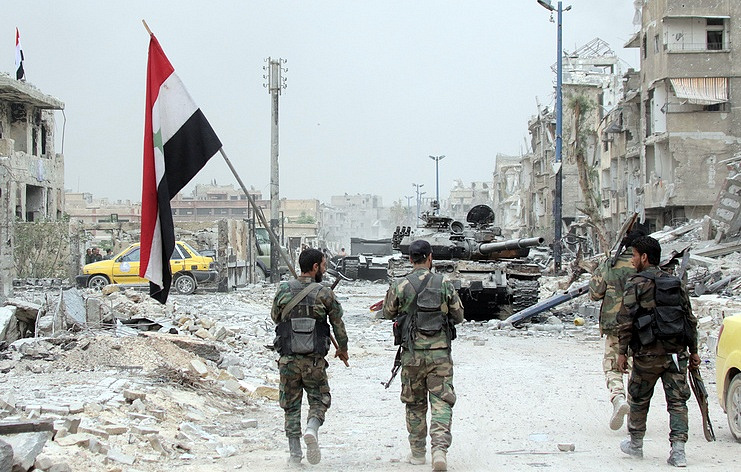 27 settlements in southern Syrian have returned to the government control over the past week, a spokesman for the Russian Center for Reconciliation of the Opposing Parties in Syria said on July 3.

“Thanks to negotiations held by officers of the Russian Center for Reconciliation of the Opposing Parties in Syria, as many as 27 settlements in the Southern de-escalation zone in the provinces of al-Quneitra, al-Suwayda and Daraa voluntarily joined the ceasefire and came over to the Syrian government’s side throughout the past week,” the spokesman said, according to TASS.

“Special attention is paid to efforts to create conditions to accommodate refugees returning from territories in the Southern de-escalation zone that are still controlled by terrorist groups, as well as from other Syrian regions and neighboring countries.”

In late June, the Syrian Arab Army and its allies launched a military operation in southern Syria in order to defeat Hayat Tahrir al-Sham (formerly Jabhat al-Nusra, the Syrian branch of al-Qaeda) and affilated militant groups and to restore control over the border area with Jordan.

According to pro-government sources, since then, government forces have liberated over 70 settlements in the eastern and southeastern parts of the province of Daraa.

Little by little, but in the right direction

Nutandyahooo,is freaking out,he will end up in a straight jacket because his greater israhell plan,through his 911 inside job with the help of saudi and the duel citizen traitors,is going up in smoke.lol.

Well so is the UNSC as they didn’t expect most SF groups to surrender and reconcile. The only ones fleeing are ISIS/Al Qaeda /Allies FSA families means thousands of foreigners.