On July 26 in the morning, a large explosion rocked the Turkish-occupied town of Ras al-Ain in the northern countryside of Syria’s al-Hasakah.

The explosion, which was caused by a booby-trapped motorcycle, targeted a local market in the town. The market was crowded when the explosion occurred, resulting in a high number of casualties.

Abdullah Al-Jashm, a journalist at the Ras Al-Ain Local Council, told Enab Baladi that eight civilians, including a 13-year old boy, were killed. At least 19 others were injured, four of them are in a critical condition. 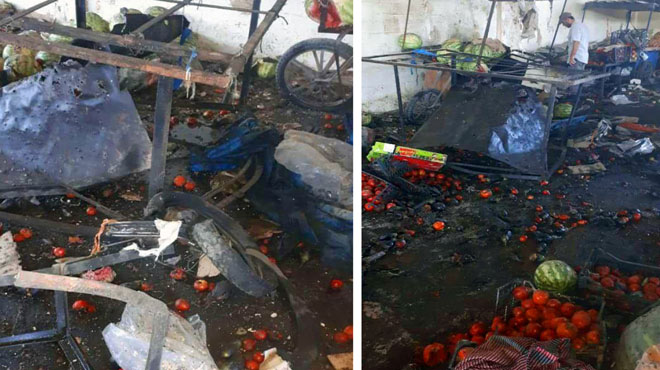 This was the second explosion in Ras al-Ain this week. Three days ago, a car bomb blew up in the town killing four people and injuring at least ten others. No group has claimed responsibility for the attack, thus far.

As usual, the Turkish Ministry of National Defense held Kurdish forces responsible for the new bombing in Ras al-Ain. The ministry didn’t present any evidence. These accusations may be politically motivated.

Where is the outrage in US Mass Media that Turkey is Killing Babies in Syria and Turkey must be Missile Striked for this international atrocity failing to Keep The Pheace in Syria? – Babies! They are killing Babies!

terrorist like you killing babies ….morek the terrorist pisss offf

I partly support that. Its no improvement. Mullasshould not be allowed to take over like that.

The main mistake is You take an article about it as if their media only say something like that. Its: You too do that and a fact.

Danes remember Erdogan well blaming Our Goverment not to control the press.

I dont see Turks trying to keep any kind of peace in Syria at all. Fx there also was peace in Afriin and many refugees until Turks made most of them refugees and many second time.

You try to make a safezone for the Turks-Turks only and dont care, what happens in the middle.

I will remind You, that Turkey not even has mass media themselves anymore. The most important thing in parlementarisme is “parle abput things”. Thats not even allowed in Turkey. You are as kept parrots in that and more then one Govermental opoinion is forbidden.

About 14 daysago You fx even jailed several members of Amnesty because they didnt act like ususal parrots of Your kind.

WE and they dont understand Haggia Sofia at all. Thats another important symbol replaced with a highly religios one. I am sure less Tourists will come there too.

You are experts in making minus in all of Your relations. Haggia now is a bad world heritage again.