This is the largest “encroachment” ever by Beijing. At least from what is known when Taiwan began revealing the PLA warplane movement in 2020.

“[Taiwan’s] air force sent its air patrol force to shadow them, issued radio warnings and deployed missiles to monitor their movements,” the ministry said in a statement.

The latest flights came a day after US Secretary of State Antony Blinken warned Beijing against “invading” Taiwan.

“What we’ve seen, and what is of real concern to us, is increasingly aggressive actions by the government in Beijing directed at Taiwan, raising tensions in the straits,” Blinken said.

Blinken stressed that Washington has a long-standing commitment under the Taiwan Relations Act to ensure that the island “has the ability to defend itself” and to assure that the US sustains peace and security in the Western Pacific.

“We stand behind those commitments,” he added.

On March 26th, 20 PLA warplanes flew into the zone shortly after Taipei and Washington signed their first agreement under the Biden administration for coastguard cooperation. That followed Beijing’s enactment of a new law permitting its coastguard to fire on foreign ships.

In 2020, Taiwan counted 380 “incursions” by Chinese jets into its air defence zone, according to Taipei authorities.

Earlier, on April 7th, State Department spokesman Ned Price expressed “great concern” at what he called pattern of Chinese efforts to intimidate others in the region, including Taiwan.

“The United States maintains the capacity to resist any resort to force or any other forms of coercion that would jeopardize the security or the social or economic system of the people on Taiwan,” Price said.

This accumulation of concerns meshes with the administration’s view that China is a frontline challenge for the United States and that more must be done soon — militarily, diplomatically and by other means — to deter Beijing as it seeks to supplant the United States as the predominant power in Asia. Some American military leaders see Taiwan as potentially the most immediate flashpoint.

On the same day, Taiwanese Foreign Minister Joseph Wu said the military threat against his country is increasing, and while he said it was not yet “particularly alarming,” the Chinese military in the last couple of years has been conducting what he called “real combat-type” exercises closer to the island.

china isnt scared one bit of US

verner
Reply to  Assad must stay

of course not! just minor european shilly shallying countries whose leaders are as bought and paid and corrupt as the lawmakers on the hill in washington dc.

World_Eye
Reply to  Assad must stay

Damn that’s the one thing that China doesn’t have thowards shity US, China today in 2021 have so much troops and weaponry to level 500 times that 7th stupid fleet. What will the US do, collect some 100k or 200k and go to war with China, damn US you went with 250k troops in Iraq in 2003 for God sake, in disbanded country, you fought against people with Ak-47s in their hands, you destroy their homes, no Air Defense from Iraq, no Tanks in thousands, no ICBM, no Nuclear Weapons I mean its pointless to talk. The point is if China wants to really mobilize itself can gather 1million troops and more and will attack the damn West coast of the US, hah and then watch how the US will fail, they have nothing, no air defense, no costal defense nothing. The US is relaying all on their fleets, take 1 or 2 out you can enter without VISA in the US. Haha, because that’s the way how they were building them selfs in the course of the years, they are saying to themselves we have the fleets we can intercept anything anywhere, THEY never expect no one to attack them on their soil, that’s why that is the best option if you want to level the USA, direct assault on the mainland.

“Air defense identification zone” is not a recognized by international law notion. In fact, it represents an extraterritorial claim and can be viewed as illegal. E.g., calling it an “encroachment” or considering it as a “violation” is definitely ridiculous and an attempt of a tiny entity like Taiwan to torment China.

China will invade/liberate Taiwan in 2021, mark my words

Two seconds after US starts the war in ukraine..

they ought to do so.

I wait that day!

While Chinese die like flies in China, its government continues to expand militarily

Just because you swallow shit all day from your job doesn’t mean you have to come here and spew it out here. What has a coal mining accident got to do with this site NOTHING.. Stick to cleaning your sewers.. 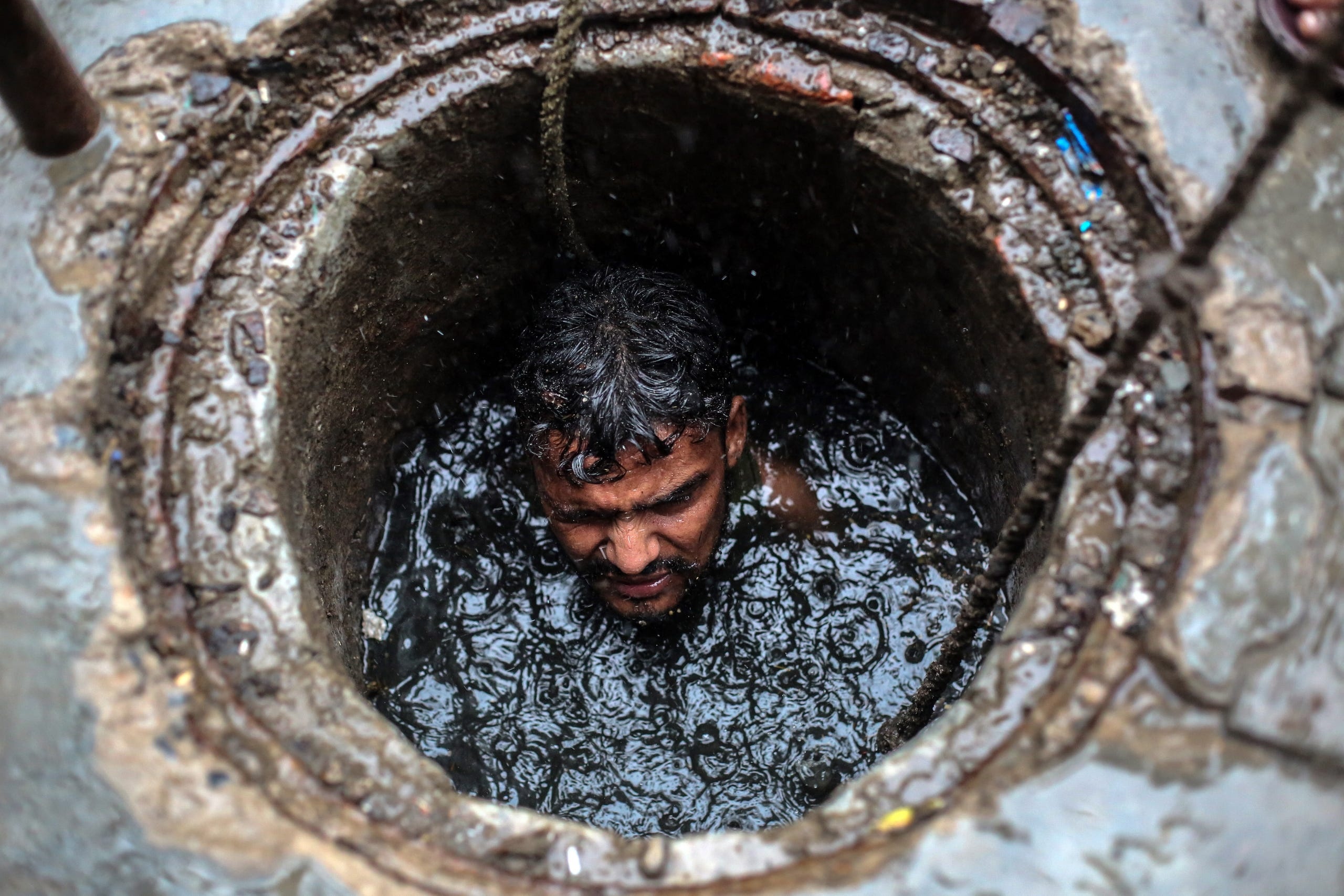 I can feel your salty tears 😁

That’s not tears , its urine..

Tell me your ethnicity b!tch why hiding behind a white name.

How did you get such a clear photo of the elusive hindu? Usually they only expose themselves to out-of-focus areas.

China can freely fly its planes in China, if Taiwan is not part formally from China it is due to Anglo-American support to fascists around the world in the aftermath of WWII, not one of the jap war criminals was executed, came all hired for wars against Korea, Vietnam, and precisely China preventing its reunification, continuity between fascisms and liberalism has created these unresolved problems, the attitude of the empire of evil is always identical everywhere, it has always been.

there is nothing more evil than communism .

Scroll Down
Reply to  Alberto Garza

The infamous unit 731, a military unit for bacteriological and chemical research that conducted experiments on human guinea pigs, came out unharmed. The scientists who surrendered to American troops were never tried, as General Macarthur secretly guaranteed their immunity in exchange for research on biological weapons, almost all died of old age and well paid. Of the same team some were captured by the Soviets who held the Khabarovsk process, and left them repatriated by ten years later, even there the same type of exchange took place there.
It is true some were sentenced in the Tokyo process and other parallel processes, but as in Nuremberg most of them was saved and was recruited for the cold war against communism

Hahah Taiwan will FIGHT A WAR against CHINA. Damn they are really talking shit when they are too desperate, when have no clue what to do, if 1 billion Chinese jump at same time 1 step ahead will cause earthquake that will level Taiwan. :)

U.S. is going full retard.
According to a RAND corporation wargame in the region the U.S. wouldn’t be able to defend Taiwan, China could easily take it.
Projections are 100% Taiwanese losses, 70-80% U.S. losses, 30-40% Chinese losses.

If Taiwan attack China we are fully behind Taiwan, as we always show support to our Allies when they fight for freedom.

yep georgia is a brilliant example of american bravery.

a quick assault on Taiwan and the problem will be over, the yankee-twats without another party to corrupt and turn against China, like they tried to do in HongKong. it failed and china secured its borders from unwanted meddling by the western world’s nwo-grouping.

you think too highly of china. china has not fought a real war in the last 80 years. they will have massive losses in case of such a large amphibious operation that is needed to secure taiwan.

Do you think that Taiwan will be left alone?? Or probably you don’t know that Taiwan has insane military capability.. You are so wrong to compare Hong-Kong with Taiwan. Taiwan has historically enjoyed military advantages in the context of a cross-strait conflict, such as technological superiority and the inherent geographic advantages of island defence.Taiwanese marines could easily camouflage while armed with anti-tank missiles. A surprise attack would destroy a whole battalion of Chinese light armoured vehicles struggling to navigate a winding mountain road.Is also leveraging this advantage by investing in asymmetric capabilities like Sea mines and Anti-ship missiles.In the event of a Chinese attack, Taiwanese missileers could target ports, airfields and headquarters on the Chinese mainland, exacting a toll on invasion forces before they ever leave China,” warned Axe.

nah you think too highly iof taiwan’s capabilities -prc will squash taiwan when they decide to doso even if the priceis high – no way taiwan can withstand prc when it puts its mind to it. be realistic and not sillily naive!

Everything is impossible until possible. Remember that.

not a single soul will turn up in the defense of taiwan. simple common sense.

When the Chinese carrier strike group sails across their own waters, hopefully that number will be increased to over 50 PLAF and PLANAF.

The only way for Chinese Taipei to survive as an autonomous province of Taiwan, is for it to stop purchasing Western weapons, hand them over to Beijing and replace and buy from it’s own fraternal brothers.

You are day dreaming.

The PRC began this escalated behavior after Biden took office and then continued the Trump tempo of sailing warships near China and violating the One China consensus. The PRC responded by sailing Naval task forces into the Sea of Japan, around Taiwan, and using irregular Naval militia to sit on and occupy a Philipino claimed reef; including using missile boats to chase away a ship bearing a TV crew from the Philippines. If it comes to a conflict the PRC can easily overwhelm Taiwan’s defenses, although actually landing on the island and controlling it would be time consuming and difficult, at least at first. The truth is that the United States, seemingly intent at stirring things up with both China and Russia at the same time, doesn’t have enough forces in the region to intervene for Taiwan in any effective way. It almost seems like the USA wants to sever the world into separate spheres of influence, for whatever purpose.