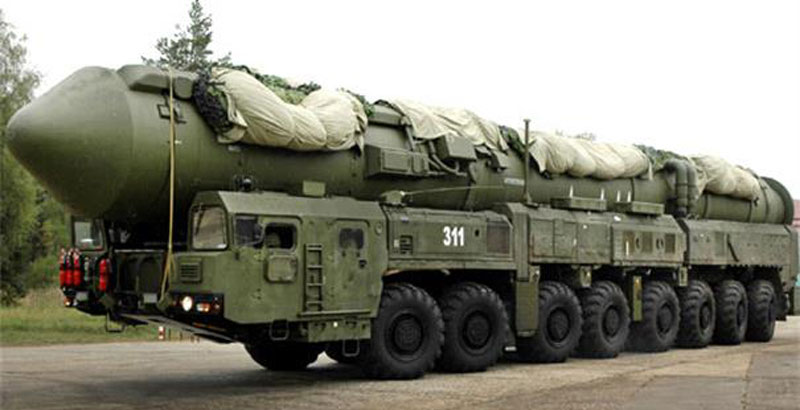 “In accordance with the indicators of the state defense order for 2016, weapons, military and special hardware were purchased for equipping and putting on combat duty 23 Yars missile launchers in steady and mobile variants of deployment. This provided the rearmament of five missile regiments with the Yars missile systems in mobile ground variant in the Yoshkar-Ola, Irkutsk, Novosibirsk and Tagil missile divisions and in steady variant of deployment in the Kozelsk missile division,” Karakayev said.

The Colonel-General noted that long-term state contracts for the Yars missile systems have been signed and are performed in the extent, necessary for the Russian Strategic Missile Forces.

“The rate of the rearmament is planned without so-called ‘leaps’ and ‘recessions’ of production, with optimal annual amount of output. As for missile systems of the heavy class, technical re-equipment of enterprises of the military-industrial complex is conducted within the framework of the relevant federal target program,” Karakayev added.

As the Commander noted, the Russian Yars missiles can evade from anti-missile space-based systems. He also noted that taking into account the development of modern missile defense systems, passing this system and its upgraded versions into service “will strengthen the combat capabilities of shock troops of the Russian Strategic Missile Forces to overcome missile defense systems and reinforce the potential of nuclear deterrence of the Russian Strategic Nuclear Forces.”

The Colonel-General also added that at the turn of 2020-2030, the structure of the group of the Strategic Missile Forces would consist of silo-based and mobile-based missiles. According to Karakayev, the structure would remain two-component, and stationary missile systems, which have power and high combat readiness for immediate usage, would be kept.

“Such approach will allow to provide an adequate response to emerging and forecasting threats with minimum costs and risks,” the Colonel-General pointed out.

Karakayev stressed that the high mobility of the mobile systems gives them much greater survivability, compared with the stationary ones, whose coordinates are well known, but this does not mean that the preference is given to the mobile systems.

He also added that the re-equipping of divisions, armed with mobile ground missile systems of previous generations, has been started mainly due to a number of economic factors. According to Karakayev, the high degree of usage of the existing infrastructure of missile deployment areas of the Strategic Missile Forces, as well as the compatibility with the existing tactical control system, allowed to reduce about twice the cost of the putting of the Yars missile launcher on combat duty.

In this way, by the end of 2016, the Russian Strategic Missile Forces should presumably have 96 Yars missile launchers (conceivably, 78 mobile systems and 18 silo-based ones).