Late on January 23, 11 fighters of the Iraqi Popular Mobilization Units (PMU) were killed and 12 others were injured in a large ISIS attack in the northern province of Saladin.

The attack took place in Jazzerat al-‘Aith in the eastern part of the province. In a statement, the PMU said ISIS terrorists were planning to attack civilians in the region. However, the attack was foiled by its fighters.

“The terrorist attack was targeting the region’s civilians, however the heroes of the PMU were human shields to protect them,” the statement reads. 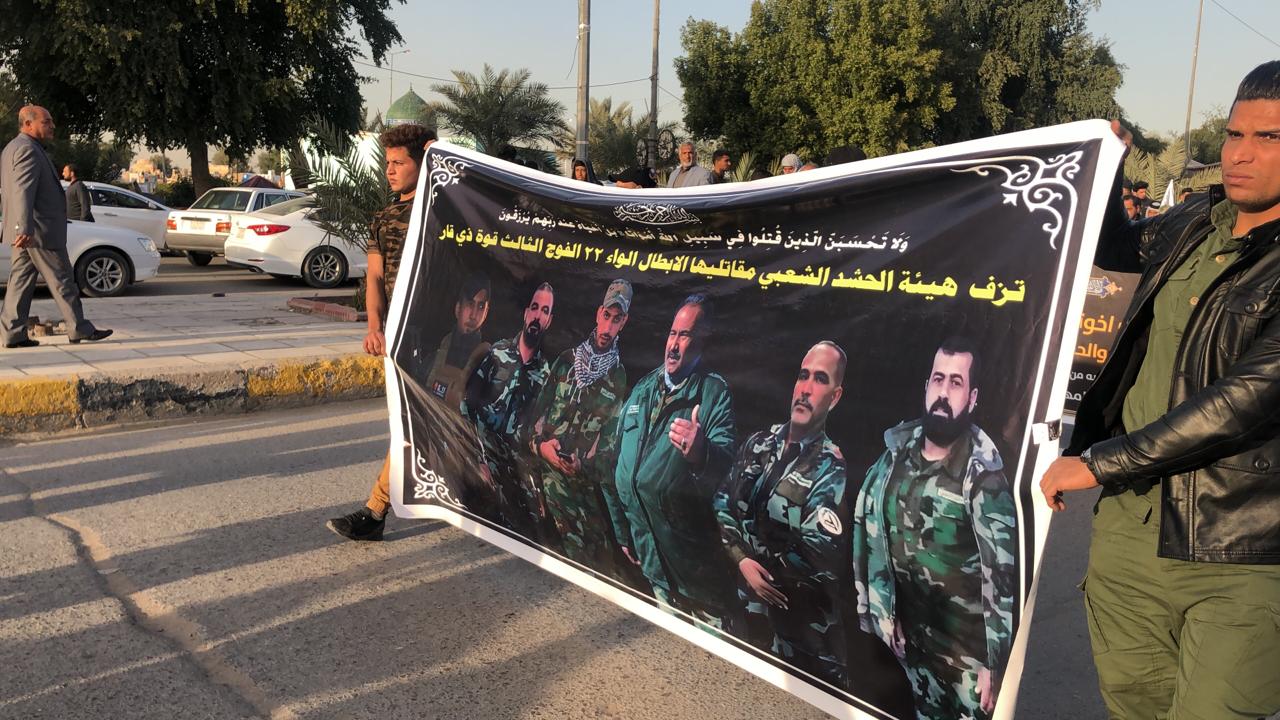 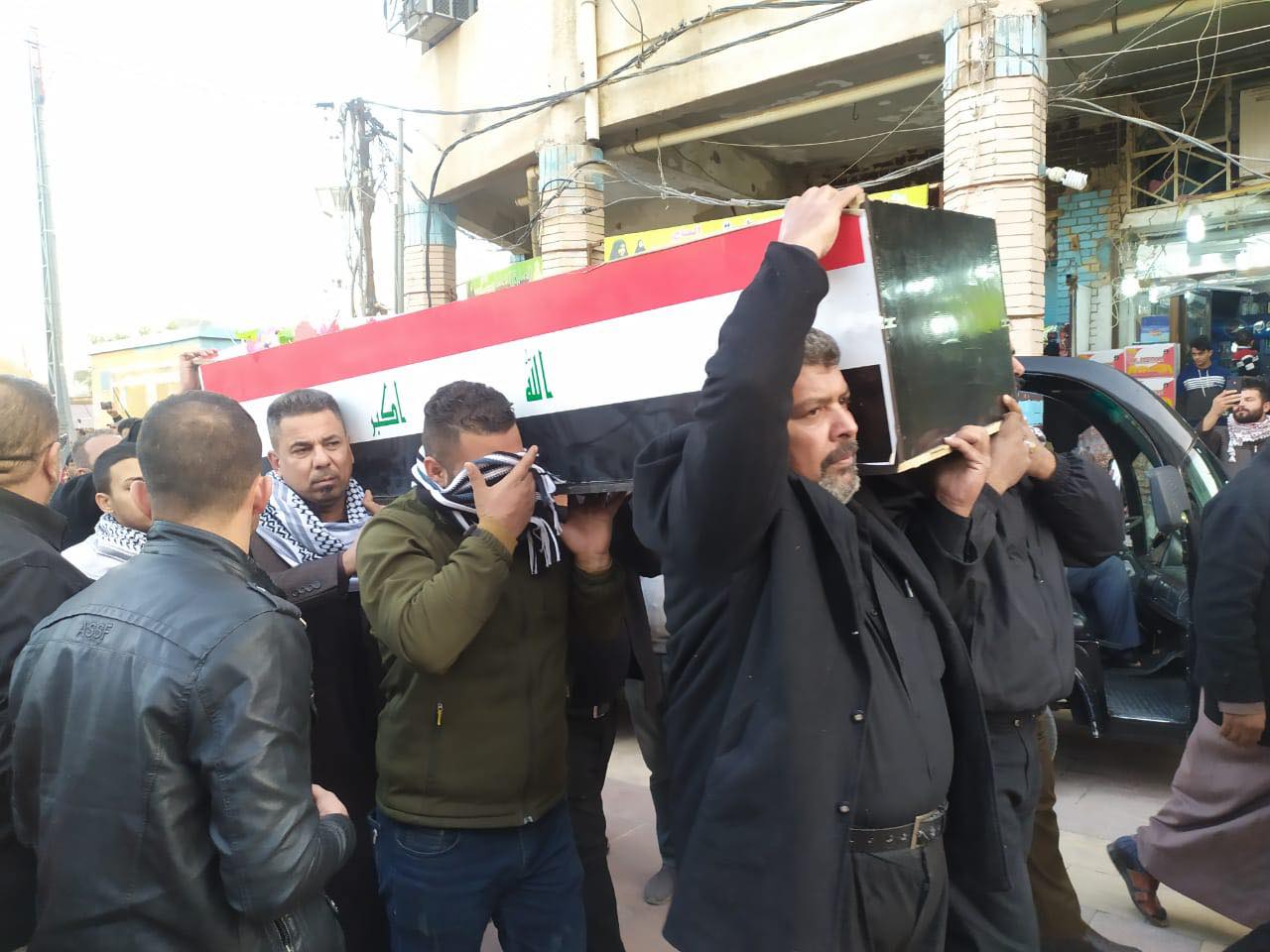 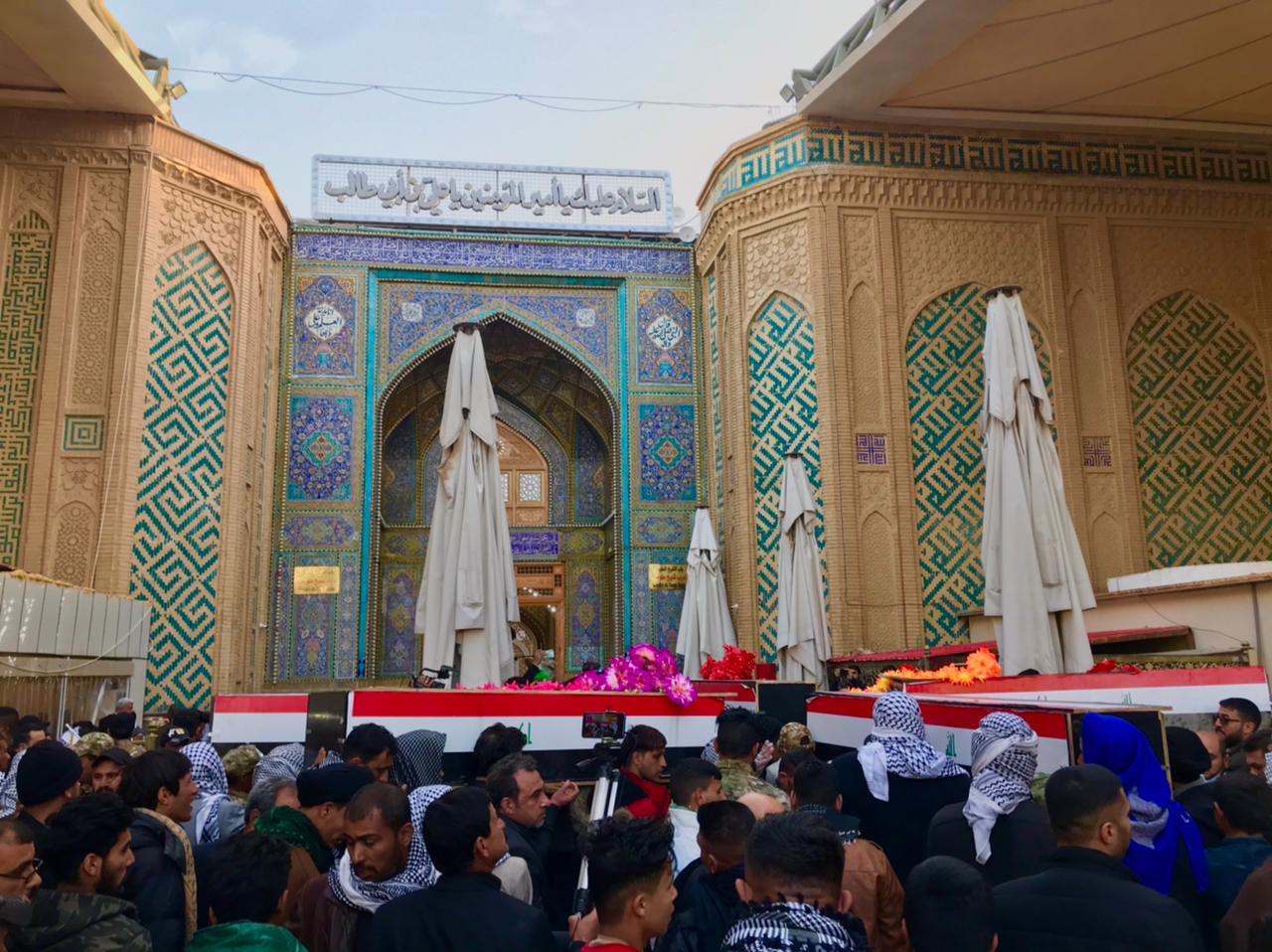 Maj. Gen. Yehia Rasool, a spokesman for the Iraqi Commander-in-Chief, condemned the attack promising that the Iraqi military will respond.

“Let members of the ISIS terrorist gang know that retribution will inevitably come, when this happens remorse will not help them,” Rasool said in a statement.

From its side, ISIS bragged about the attack in a statement shared by its news agency, Amaq. The group claimed that eight vehicles were damaged or destroyed in the attack.

The deadly terrorist attack in Saladin came amid high tensions in Iraq between pro-Iran Shiite factions and the US-led coalition. 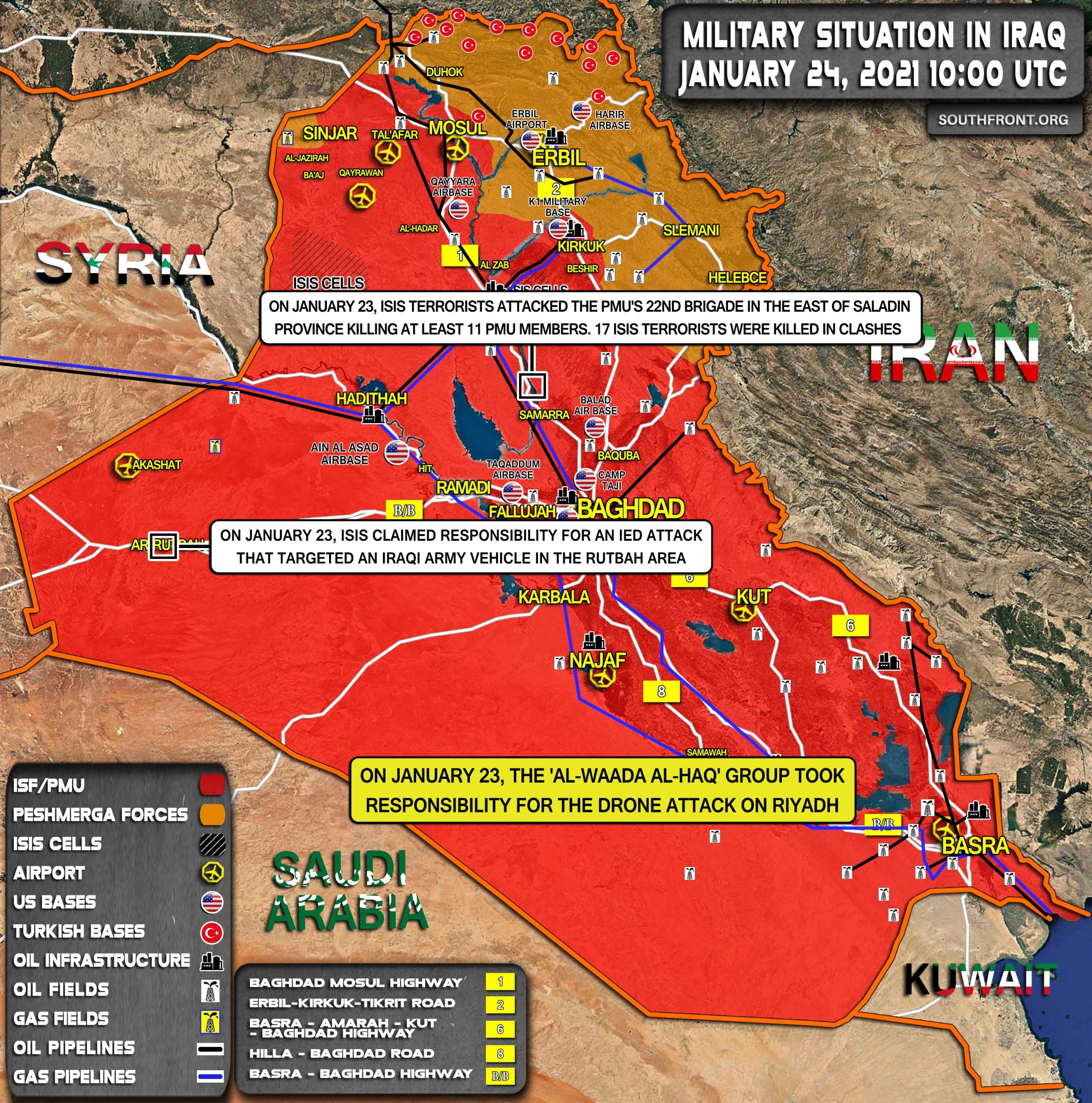 ISIS cells have been taking advantage of the unrest in Iraq to step up their attacks, especially in the country’s northern and western region. The government is yet to address this threat properly.

“[Very] soon, every American will be required to register their biological property in a National system designed to keep track of the people and that will operate under the ancient system of pledging.

By such methodology, we can compel people to submit to our agenda, which will affect our security as a chargeback for our fiat paper currency. Every American will be forced to register or suffer not being able to work and earn a living.

They will be our chattel, and we will hold the security interest over them forever, by operation of the law merchant under the scheme of secured transactions. Americans, by unknowingly or unwittingly delivering the bills of lading to us will be rendered bankrupt and insolvent, forever to remain economic slaves through taxation, secured by their pledges.

They will be stripped of their rights and given a commercial value designed to make us a profit and they will be none the wiser, for not one man in a million could ever figure our plans and, if by accident one or two would figure it out, we have in our arsenal plausible deniability.

After all, this is the only logical way to fund government, by floating liens and debt to the registrants in the form of benefits and privileges. This will inevitably reap to us huge profits beyond our wildest expectations and leave every American a contributor to this fraud which we will call “Social Insurance.”

Without realizing it, every American will insure us for any loss we may incur and in this manner; every American will unknowingly be our servant, however begrudgingly. The people will become helpless and without any hope for their redemption and, we will employ the high office of the President of our dummy corporation to foment this plot against America.”

The next group of people to be bio metrically controlled are “white” males aka domestic terrorists aged 16-65.

Neomorphs(ısıs) will strike again to anyone on sight, devour any prey and growing rapidly and reaching full maturity in a matter of weeks.Poor resistance.

ISIS have no chances!…they cannot retake cities or village…just some terrorist attacks or plant mines….they cannot do a Toyota Pick up parade because Russian&Syria air force in one side…and US& Iraqi air Force in other are waiting them.

Thousands of ısıs fighters are on the way,periodically releasing from Sdf prisons.They cant capture a village,town but they are perfect tools for draining ”so called” resistance resources.Thats the goal.

Nothing special!..everyday hundred of truck cross that road…there are more dead in trafic accidents in Syria than SAA soldiers killed by ISIS attacks.

feel the resistance bro ✌️ …may the force be with mighty resistance..xD

The truth is that ISIS doesn’t want to capture any villages or towns right now. They are better off just doing hit and runs and inflicting serious casualties on the government. They are a serious threat and they are playing a war of attrition trying to wear down the government/pmu and cause them to have low morale. The government needs to do large scale military operations if it wants to keep ISIS at bay

As you can see in the map Isis fertil land is basicly en between american bases. From bagdad to the northwern oil feild, and in the west between falouja and al tanaf in syria. The US should pack their bases up and let shia deal with them for ever.

The government is yet to address this threat properly.

the current leadership are 100% traitors….happy to take saddams place as zionist stooges…….

PMU is stronger…alot stronger…….take over YOUR country and send them US motherfuckers back to biden in body bags……….the more body bags the faster the girly girls leave

With the collapse of discussions about extending the stay of U.S. troops,[36][37] President Obama announced the full withdrawal of troops from Iraq, as previously scheduled, on 21 October 2011.[37] The U.S. retained an embassy in Baghdad[37] with some 17,000 personnel,[38] consulates in Basra, Mosul and Kirkuk, which have been allocated more than 1,000 staff each,[38] and between 4,000 and 5,000 defense contractors.[

Frankly, this is no ISIS, it is the US special forces and CIA embedded with the headchoppers and using Saudi soil as a base to attack Syria, Iraq and Yemen. It is no coincidence that since the senile Jew slave Biden has illegally gained power, terrorism in the region has escalated. The Jew York Times in its editorial openly advocated “Which Muslim countries will the US destroy next?”

US and Turkish terrorism on display.