According to the International Organization for Migration, at least 22 migrants have lost their lives, while some 100 others have been injured in fighting between rival smuggler gangs in Libya. 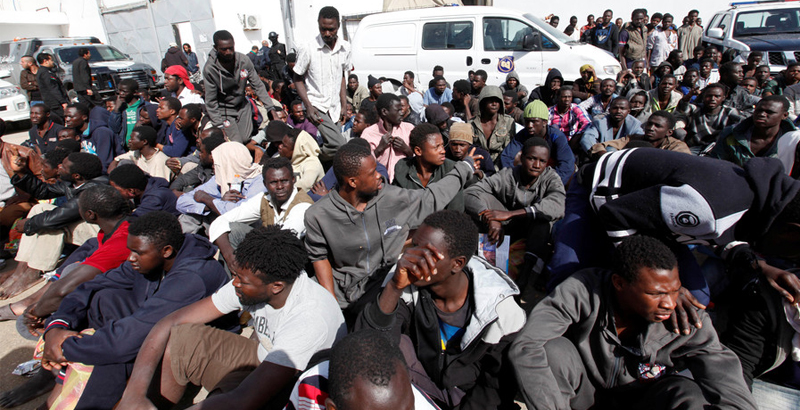 This year, 22 migrants have been killed and about 100 others were wounded in fighting between rival smuggler gangs in Libya, while seaborne migration from Africa to Italy has risen by 50 percent so far, the Reuters news agency reported on Tuesday, citing the International Organization for Migration (IOM), the UN migration agency.

“This is creating all kinds of activity in the smuggling industry, and apparently that activity has reached the level of violent shootouts that left 22 killed in the last couple of days,” the news agency quoted the words of IOM spokesman Joel Millman.

“The dead were thought to be migrants rather than smugglers because they were sub-Saharan Africans,” Millman noted.

In addition, other 140 dead bodies have already been found on Libyan beaches this year.

Libya has become the focal point for migrant crossing from Africa to Europe after the killing of the country’s former leader Muammar Gaddafi in October 2011, after which the state quickly split into two with the Tobruk-based parliament and the unity government (NTC) in Tripoli, vying for control. In addition, various militant groups, including the Islamic State (IS) started to carve out their own fiefdoms in Libya.

According to Frontex, the EU’s border control agency, the Central Mediterranean route from Libya to Italy was illegally crossed more than 181,000 times in 2016.

The US State Department included Libya to a list of countries, which are both a transit and a destination place for human trafficking, with prostitution, child soldiers and forced labor common among the warring factions.

Recently, Italian Interior Minister Marco Minniti and mayors of 10 towns, located in Libya’s southern desert held a meeting, during which the Italian official tried to persuade them to jointly prevent human trafficking through Libyan territory into Europe.

Libya is epicenter of major criminal, African people smuggling, syndicates. When NATO destroyed the Libyan state it created a free for all, faction ridden, failed state with zero border control. It was inevitable that large scale profitable criminal activity would spring up in that environment, without functioning state security or stable economy. Armed factions and crime syndicates work together to control the smuggling business – and the EU policy of sending ships to intercept illegal immigrants in Mediterranean Sea, and transport them to Greece and Italy simply does half the criminals activity for them in greater safety. NATO created this mess but has taken no responsibility for consequences.

I agree with your opinion .Hope you share many things.