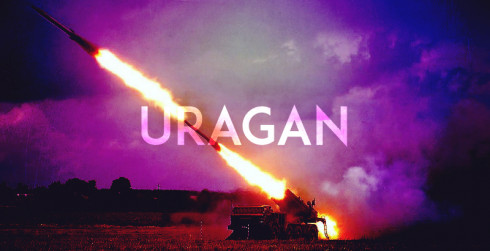 On June 9, the Armed Forces of Ukraine (AFU) carried out about 20 strikes on the residential areas in the town of Stakhanov in the Luhansk People’s Republic. The fire was conducted from the AFU military positions in Bakhmut (Artemovsk).

On June 10, the death toll reached 22 civilians according to the reports by the local Ministry of Emergency Situations.

“22 people were killed, 4 people were injured, damaged and destroyed: residential facilities at 9 addresses and 6 infrastructure facilities in Stakhanov,” the message posted on the agency’s website says.

During the shelling by the Ukrainian armed forces, the city hospital, stadium, dormitory, residential buildings were damaged. The town was shelled by Ukrainian Hurricane (Uragan) rocket with high-explosive missiles.

Earlier, on May 31, the AFU carried out another attack on  the residential areas in the town of Stakhanov. Two pregnant women were killed. 24 other civilians were injured, including eight children.

The AFU have been carrying out senseless terrorist attacks on civilians in the LPR and DPR for years. The residents of Stakhanov are only one of the targets of the Ukrainian military. Civilians in the city of Donetsk and nearby districts are also suffering massive artillery fire of the AFU which is carried out by various types of equipment, including the foreign-made artillery units supplied by NATO countries. As a result, the number of victims among the local civilians grows.

Loras
Reply to  Muhammad your Prophet

Time to start taking your medicine again. Please do not stop to take the prescribed amount.

If they are ‘oblitirating’ them. Then why are they not taking any land back? Killing innocent civilians without taking any territory can be done by any random terrorist. Isn’t that right, Muhammad?

They are taking their land back. Firsrt they took Kiev back. Then they took Kharkiv back. Now they’re taking Kherson back and incinerating the Wagner freaks to death. It’s not my problem you’re so delusional you’re unable to understand it

Putin your Destruction
Reply to  Muhammad your Prophet

They are taking land back they didn’t lose to begin with. WTF? Next thing you will tell me is the Ghost of Kiev taking back Snake Island.

Western MSM already did the U-turn. Time for you to do the same.

Last edited 2 months ago by Putin your Destruction
7
Reply

Deborah
Reply to  Putin your Destruction

I actually have obtained $19700 merely a month just working parttime at home. Just when I lost my previous post, I was so disturbed and eventually I’ve searched this simple online job & in this way I am capable to get thousand USD from my home. Anyone can certainly get this chance and may collect more dollars on-line by going following internet-web site…….. 𝐜𝐚𝐬𝐡𝐬𝐢𝐭𝐞.𝐭𝐤/

Fletch
Reply to  Muhammad your Prophet

You mean the land that was part of Russia and is full of Russians speaking Russian?

JayLindberg
Reply to  Muhammad your Prophet

RAKONI
Reply to  Muhammad your Prophet

You need to suck on a pork penis for a while !!

CARL
Reply to  Muhammad your Prophet

Now that you are deranged and confirmed a lunatic. No one will take your comments seriously anymore !!

Putin your Destruction
Reply to  Muhammad your Prophet

Yamil the pidor embraces the genocide of civillians, projects every crime of the satanist nazi Ukrotards to Russia, ignores facts and logic. When Yamils “Ukraine won” VR glasses will be unglued from his GREASY face, the reality check might just kill him.

Very soon there will come the time where not even yamil will be able to deny Russian decicive victory.

Last edited 2 months ago by Putin your Destruction
5
Reply

The third video is being used by the ukro trolls to show their fairy tail attack on a base of the Wagner group. They say they have killed around 1000 Wagner mercs and only 1 survived.

I don’t even know to enumerate how bull is this thing. From the fact that such a base wouldn’t have had powerful AA systems, to the 1000 killed and just 1 survivor!! They look like ghost of Kiev numbers.

They just make up total bullshit.

It is ok. A few days before the Chechens entered Ukraine. All the Ukrainian media wrote that they were defeated together with Kadyrov and other nonsense

Actually except for a small minority in the Republican Party, they are all in on it.

As an American it’s hard to argue with your take. In truth, Americans, by and large, are sheep; ignorant, provincial, and with a settler’s mean streak. We are oblivious to our hypocrisies. It’s my home…

No. A different one.

Trump got what he deserved,he was always a protected specie of cias,yet Q is nazi too, either way you dare not take on nwo libby lgbtq/trannys,forget it. How the west got lost!

Your statement show me you are a troll little boy. Who going to get the shock of your life. When the real truth of all things finally come out to all people worldwide and you will do nothing but go run, cry and hide like the loser you are. Go away and leave the comments section to men. You are nothing here. Same as “Yankee go home”. WWG1WGA

Well said dude. I am from The Netherlands and feel the same way about our government. The press over here makes the world think that all of our citizens fully support the way our governments chose side. There is no real opposition (allowed) or space for different thinking. We used to have democracy. It’s pathetic nowadays!

I’ve noticed a great hostility, a going out their way to be hostile to Russia coming from NL especially since the civilian plane was shot down. Totally unwarranted. My son is married to a Dutch citizen and my 2 yo granddaughter speaks Dutch at home as her first language. I’m careful not to bring up the conflict between Russia and the NL haters with them, not sure of their perspective. Gotta keep the peace in the family…

Trumpler lost, get over it, RepubliKKKlan scum!

It sounds like the Russians need to push them out of artillery and rocket range. You do that by actually advancing, not talking about advancing.

They don’t want to be sucked into a ploy. However, this level of crap can’t continue. It’s time for thermobaric missiles. It’s also time to go after upper echelon afu including in Kiev.

Given that the Severodonetsk-Kramatorsk-Slavyansk strongold is an uphill slog hemmed in by mountains which are themselves hemmed in by river/marsh/floodplain, the topographical and geographical realities prevent quick and easy advance. That’s why they chose to fortify there.

Come on Putin, take out the government buildings in the centre of Kiev, and do it now !!!

I am sure that will be on the Russians ‘to-do list’.

Look, if there were no military units in that town, this is pure war crime. The commanders of the units and their superiors should be identified, captured and shot.

No well thought out strategic attacks on military targets of your opponent. Instead only causing destruction of civilian areas. Shortly those responsible for these cowardish attacks will pay the price. Go for it Russia!

Time to take out the decision makers in Kiev……

Anytime Donetsk gets hit like this Lvov should be hit in the same manner. Western Ukraine lacks motivation to stop killing civilians.

Kiev must be sprinkled!

On a good day UkrInian NAZIS are racists. On a bad day they are death squads. These attacks are the acts of death squads. As far as I am concerned, the citizens are responsible for the conduct of their government. THE RESPONSE TO NAZIS TAGRETING CIVILIANS SHOULD BE RUSSIANS TARGETING KIEV.

they can not win, sothat they become terrorists

Ukropi animals… Those who don’t support the bandera nazis get killed in their own homes… simply CRIMINAL.

Go Russia. Destroy this vile regime down to the very last Orc.

Kiev like London needs to cut out hard drugs,seens they are all not mentally tough enough to adapt!

So when’s Bellingcat going to do a huge damning expose on Ukraine?

RIP, please Russia, so attack the cells in Bakmut now

Muslims killing each other. Interesting.