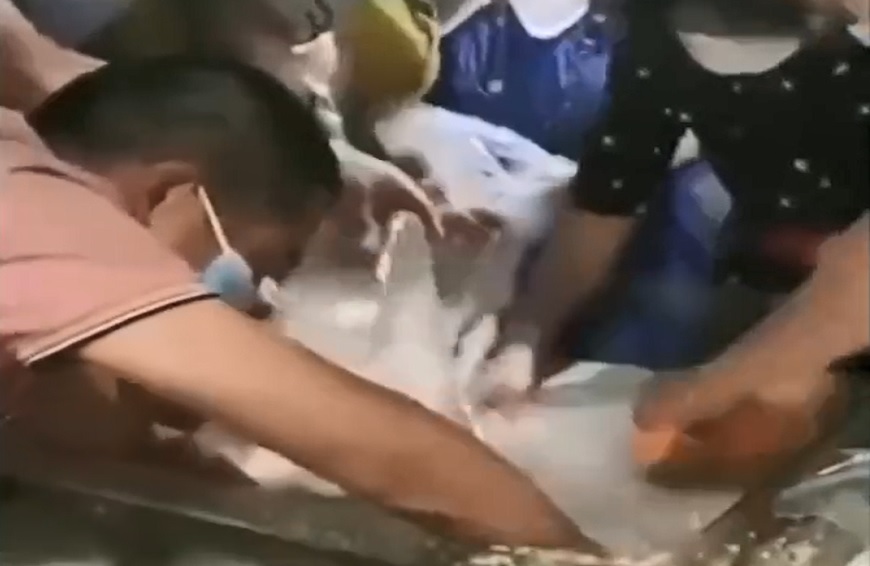 During the Covid-19 epidemic, the Chinese authorities have developed effective quarantine mechanisms. Beijing appears to believe that rapid localised lockdowns are the most effective one. The Chengdu city sanitary epidemiological service decided today to impose a stringent quarantine in a matter of hours. Only one member of the family may leave the house to get groceries.

However, the 21 million population of the region was not informed in time. This led to chaos in the streets, markets and shops.

Chinese Center for Disease Control and Prevention and another sanitary epidemiological bodies have been given enormous powers which allow them to act often without reference to other public authorities. In some cases, it helps to act quickly and effectively, but it often leads to the simplest methods of solving the problem being chosen.

Israel is a Terrorist Colony

China should give up this policy of zero COVID. It is effectively slowing the Chinese economy and has killed tourism. It’s time to learn to live with COVID and open all the borders.

Roger
Reply to  Israel is a Terrorist Colony

To advise the government of 1.2 billions souls how to manage and contain the covid virus is somewhat presumptous.

Marwsley
Reply to  Israel is a Terrorist Colony

Vanya
Reply to  Israel is a Terrorist Colony

Its China’s way of imposing sanctions on the West.

thoughtful
Reply to  Israel is a Terrorist Colony

China is convinced that the US is sending biological weapons that target their specific genome and ethnicity. Look at the numerous biolabs and the ones in Ukraine. They believe the US sent the swine flu their way too. The UK US have been experimenting with biological and chemical weapons on their people for over half a century. Sell your house, live in it til you die and hey presto, do Raytheon come over with spraying aircraft to specifically target you, especially when a lot of houses in the locality are sold as live in til you die?

“During the Covid-19 epidemic” THAT NEVER WAS, IS AND NEVER WILL BE WITHOUT A VIRUS!!!

There is a fair bit of it around here {PEI Canada} but it’s no big deal, I’m 66, no vaxes, work in trades and I only missed 2 days. It’s a cold, not the worst flue I’ve ever had by a long stretch, no one wears masks any more and life is more or less normal. The idiot Government is pushing the ineffective vaccines as usual but even the stupid people are starting to realize they don’t work. CDC even even says so! Much fuss over nothing!

Chinese… the dumbest uman animals on the Planet.

Your dead grandma is a animal

“For the greater good, comrade”!

From maskless rave parties for new years to bullshit fakedemic lockdowns a few months later, China is a basketcase of idiotic Maoist polices. This is the model Klaus ‘Tranny-Tinkerbell’ Schwab wants to emulate? Why should anyone follow the WEF’s assisted suicide advice and policies?

No revolt TO THE DEATH, YET. Those people are not willing to die for their dignity so they will die in shame. DEATH TO POLICE! HANG THE POLITICIANS!