On February 27, the Turkish Armed Forces’ General Staff announced that 2,083 ‘terrorists’ had been neutralized since the start of Operation Olive Branch in the Syrian area of Afrin.

Operation Olive Branch was launched on January 20. It involved units of the Turkish Armed Forces (TAF) and the Turkish-backed Free Syrian Army. The goal of the effort is to purge the Afrin area from the Kurdish People’s Protection Units (YPG) and other Kurdish militias.

On February 26, Turkey deployed additional units of the Gendarmerie Special Operations (JOH) for further operations against the YPG. The JOH will reportedly be involved in urban warfare against Kurdish forces.

The TAF and its proxies are developing their operation against the YPG despite the recent UN resolution introducing a ceasefire across Syria. God, do I miss Solomon. His trolling really looks of epic intelligent proportions compared to this juvenile drivel.

Solomon was recently spotted on vacation in Costa Rica :) 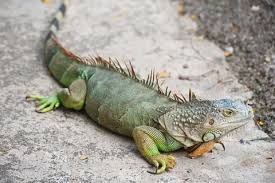 And how much percent of Afrin does Erdogan now have? 21% ?

Turkey will win this.

The Kurds would rather die than co-operate with Assad. Turkey agrees with their choice.

You can call me Al
Reply to  John Trudgian

F it, the Syrians can kill them all in my book.

US, UK and Israel preparing air strike on Syria to stop Syrian led coalition advance in the Damascus capital area.

Turkeys claims remain as laughable as ever. Daily lossess of invaders are mounting to 30 to 40 a day, every day two to three or more tanks etc destroyed.

Soon turkish special “police” forces will be largely killed, before they can even assault Afrin city itself.