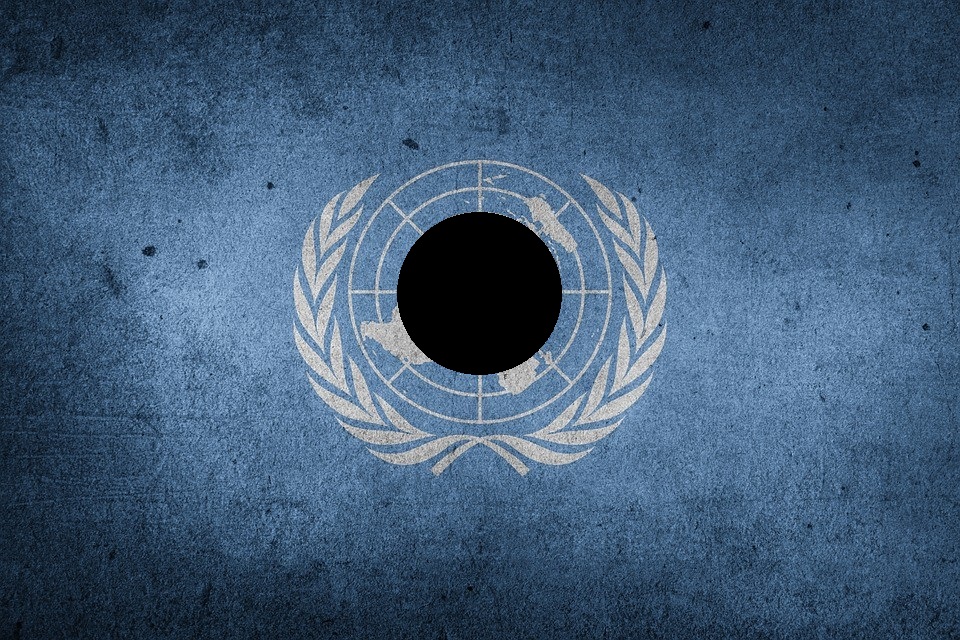 Russian Foreign Ministry spokesperson Maria Zakharova said that the UN could not ensure the arrival of a Russian delegation headed by Sergey Lavrov at a meeting of the UN disarmament committee and the Human Rights Council in Geneva.

The UN Secretary General referred to the fact that EU countries bordering Russia had already closed their skies to Russian aircraft.

Meanwhile, the UN is still formally the main international organization in the world and is obliged by its legal documents to ensure the arrival of a delegation of the founding country to the office of the UN headquarters in Geneva. Especially at this time of crisis.

The current situation is an expected consequence of recent trends in the UN. In recent years, the UN administrative and political staff residing in the U.S. and Western European countries has been under the complete control of the Washington and Brussels bureaucracies.

The UN Secretary General has turned from a “neutral arbiter of international crises” into a junior White House speaker, at the level of Ms. Psaki’s assistant.

Apparently, Russia’s opponents are simply afraid of Foreign Minister Lavrov speaking at the UN and making Russia’s point of view known to the world public.

The Russian media is blocked in the EU and the USA, Facebook gives out only Ukrainian flags when asked about the war in Ukraine, everything is happening clearly in line with the script of the genius Orwell, who foresaw this kind of thing decades ago.

The insistence by the western toilet paper media that anybody who is critical of any aspect of US/UK/EU policy is a supporter of Putin is not helping.

so creepy it is, to you and me at least history really does repeat itself

Speaking of toilet paper, is the ruble smooth?

I knew it was coming, it just took me by surprise because it happened so fast.

I think the UN needs an overhaul anyway and this needs to be largely led by China, or perhaps a seperate organisation entirely. Relocate it AWAY from US soil.

The UN, IMF, World Bank, WEF, and Western Central Banks are ALL OWNED by the Globalists. They are desperate now because their empire is falling at warp speed. Covid scamdemic is becoming a huge failure now as vaxxed deaths are becoming increasingly noticeable.

The meeting was in Geneva – check your map. US has not blocked Russian flights (yet) and due to hosting UN has made exceptions for those representatives visiting NY to attend the UN when they have.

Incidentally, aside from the gas dividend, US will reap profits from the fact EU airlines cannot fly over Russia. US airlines will clean house. More EU shooting themselves in the foot to serve their masters in the UK.

They won’t let the Russians fly over EU terrirtory regardless.

Fewer people will be able to fly. If they want more money they’ll print it at the expense of the commoners.

china and the us can both eat dicks

Didn’t surprise me none – this has been cooking in the pot for 10+ years – since they started demonising Putin on a personal level – as if Russia is run by solely one short dude with a black belt in judo.

RT/Sputnik are still available online in US, not sure about cable but I’ve heard nothing about it being blocked and that would make the news. Just EU is doing so, they don’t have a “First Amendment” to protect free speech.

As to Facebook and Twitter, I pointed out years ago it’s utterly stupid for any nation not already in the Evil Empire not to block those sites and set up alternatives for their populations, which would be quite easy to do, I could program those sites’ interface in a few months with a small team (not the data mining and AI manipulation, but IMO those are a bug, not a feature). You simply do not hand that much control over your population to a foreign power – Evil Empire for sure would never do it.

Not true. RT is blocked in US.

RT works for me. My ISP is T-Mobile

We don’t need no stinking UN.

Please do end the UN one world government! We might be witnessing the spin off into a bipolarized world between the absolutely rotten to the core Western “democrazies” (controlled by the zionists) and the BRICS. I am not a fan of any government, but the more they are divided against each other, the better. F one world government!

Apparently, any discussion about “the jewish holocaust” if verboten. Where is your integrity Southfront? Were you bribed / threatened / blackmailed?

They’re literally based in Moscow, what do you think? The “crowdfunding” is just a front.

Can you prove it or are you a hasbara troll?

If you are unwilling to allow honest and free discussion about sensitive but important topics, why are you allowing the obvious Hasbara trolls free run? Inquiring minds want to know.

Because we can handle the truth, and adept at exposing your lies. You being here gives us legitimacy, otherwise people could think we are the propagandists if there were no variety of opinion.

– “Hearing now that NATO’s Very High Readiness Joint Task Force (VJTF) has been activated. Excellent news,” tweeted former US Ambassador to Russia and arch-warmonger Michael McFaul…… In the United States, Congressman Adam Kinzinger demanded that the United States take this [No-Fly Zone] measure. “Declare a #NoFlyZone over Ukraine,” Kinzinger tweeted….. The claim that the United States “own(s) the skies” in Eastern Europe is false. Russia operates what is arguably the world’s most advanced Anti-Access and Area Denial (A2/AD) system, which would inflict significant losses on NATO aircraft that sought to engage Russian air forces. If Moscow’s aircraft were to come under attack from sites within NATO territory, Russia could respond with cruise missile strikes on the batteries, triggering NATO Article 5 and starting a world war. This insane demand won support on both sides of the aisle, with Democratic Party operative Jon Cooper demanding, “The U.S. must declare a no-fly zone in Ukraine—NOW!!” In an exchange on BBC’s Radio 4 Today, UK Defense Secretary Ben Wallace said that the imposition of a no-fly zone would be an act of war against Russia. “To do a no-fly zone I would have to put British fighter jets against Russian; NATO would have to declare war on Russia.” This would “trigger a European war,” he said….. That then begins the cascading effect of the end of times [Military analyst James Marks].” (NATO mobilizes troops as UK MPs, US congressmen call for air war against Russia, WSWS, Andre Damon, 26/02/2022)

As direct kinetic stages of conflict between the US-NATO-allied bloc and Russia (and similarly China) are approaching with the hybrid warfare domain intensifying (involving economic warfare, proxy warfare, cyber warfare, etc.), it would be prudent for the military commands of Russia and China to prepare coordinated plans (including for worst-case scenarios).

Note: The recent Western bloc escalation of economic warfare transitions the conflict into a new (more dangerous) stage. Efforts to ‘cripple’ the Russian economy (their ‘sanctions’ conforming to acts of war) will logically see corresponding retaliatory actions. Indeed, it is only reasonable for Russia to target the economies of hostile nations/blocs (US, EU, UK, Canada, Australia, etc.) that target its economy.

As cyber warfare is also an active domain, cyber warfare responses are also legitimate. In a broader conflagration scenario, Russian (and Chinese) targeting of all offensive platforms is logically required (including non-regional platforms such as US-Australian military architecture).

U.S. thinks this is WWII and can repeat throwing Ru and EU under the bus. They are miscalculating themselves. D.C. will be the first city to be hit. Than London and Brussels. After thar Ru will probably offer to end the war. If not totally annihilation will follow.

Hahahaha here’s a Ruble for you. (I spent more rubles posting this comment)

Come again, didn’t understand any of what you rambled on about.

If they continue this way these assholes are really going to provoke Russia into nuclear war….

That is probable. But the straw that breaks the camel’s back is the unwillingness to do business with Russia. However there are also sanctioned countries which did not escalate and attacked their enemies. So here we are with the prospect of nuclear blackmail. lol

It clarifies the Western bloc belief they can (with the cheerleading of Western bloc MSM) engage in successive wars of aggression (and subsequent permanent military occupations [when not expelled]) while a Russian RESPONSE to intensifying US-NATO supported Ukrainian war against the Russian speaking LDNR is not only condemned but results in a significant escalation of economic warfare against Russia (intended to ‘cripple’ the Russian economy, an act of war that will in time have greater consequences for the Western bloc). The lack of awareness of the hypocrisy, double standards, racism and exceptionalist (supremacist) beliefs of this bloc is remarkable.

Note: Importantly, Russia has shown its current willingness to respond the Western bloc escalations (limits of restraint having been exceeded). Western bloc hostility and escalations will continue to see retaliatory actions. The Western bloc is not prepared for the consequences of its escalations. Nonetheless, it shall in time experience them.

Let’s not forget the Turks saying they are going to block Russia’s access to the straits. NEVER trust a Turk at your back. Perhaps Russia can do the world a favor and turn Turkey to glass and help rid the world of this nest of vipers once and for all.

They said they would restrict. Not the same. That means Ru ships can still sail through and dock at their homeport in Sevastopol Crimea. The question is will they allow to sail out again.

Already said it wont allow them to come out again. So making them targets.

If and when Russia wins ,needs to take out Erdo and his family, just them is enough. He is an ingrate who has not appreciated being saved by Russia and Iran in the coup against him.

Good..destroy the blue hat rapists and killers. They would be gnashing their teeth missing out on the opportunity to rape and pillage.

I read multiple articles about WW3 starting by Israel and nato attacking Iran and trying to take them out for greater Israel and installing the one government world in Israel. Usually those articles are right, but I guess those articles won’t be right this time most likely.

The very existence of the UN is precisely to enforce dictatorship. In times of war there is nothing you can do and the founders understand this very well. Its ultimate goal is to push for total obliteration of national sovereignty and free speech. Have you heard about the IMF? how it enslaves entire countries? well the UN serves the same purpose. It is not a conspiracy theory anymore.

Lord Ismay in the late 1940s said exactly that .

the UN and NATO can eat a dick. when the dog is pushed into the corner the dog bites

The UN died in Kosovo, nothing but a tool of the Empire. At least everyone else can see the UN is naked now. If China and Russia are true to their word, the third version may get us closer to true international law.

If they don’t allow the Russians to speak with words then they will speak with deeds.

Stick a fork in it.

Maria Zakharova is right we are approaching WW3 very quickly, For Russia there is no other way than go all the way. The west was looking for war for long time, now they will have and only citizens will pay the price. In this case Russia benefits will be use hard hammer tactic in Ukrainian.

No one will question winner. Therefore, Russia can’t be soft in Ukrainian, because Russia need to prepare for war with the West. Therefore, need finish quick in Ukrainian

The UN was Planned Obsolescence