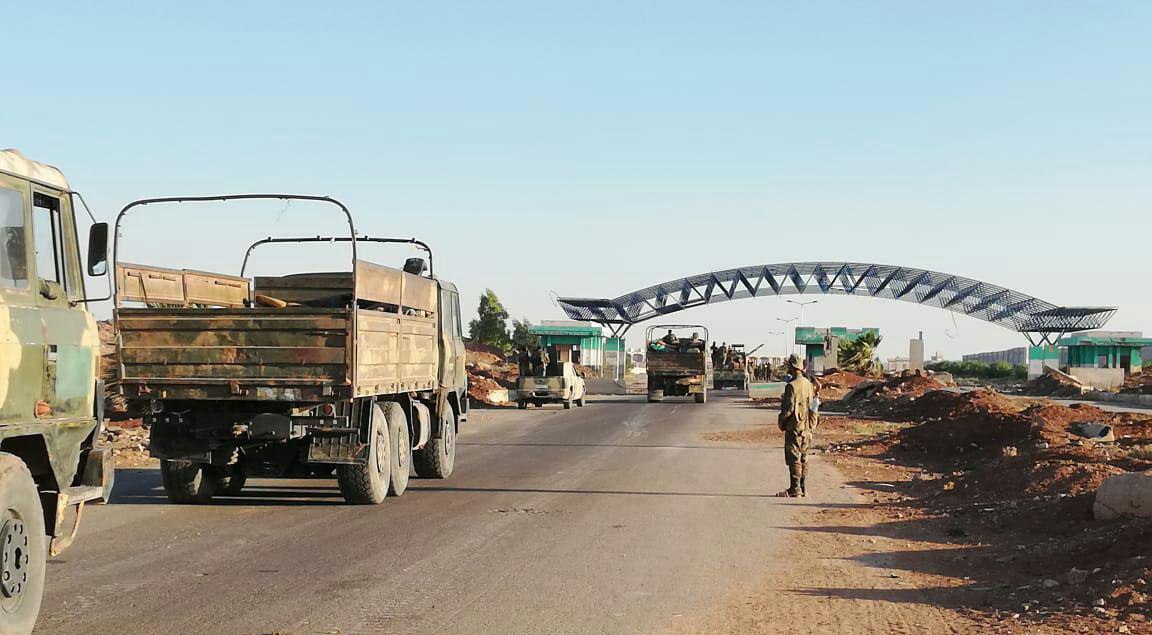 More than 20,000 displaced civilians returned to their homes in the eastern Daraa countryside as a result of the southern Syria agreement, which was reached a day earlier by Russia and the US-backed Free Syrian Army (FSA), the Syrian Observatory for Human Rights (SOHR) reported on July 7.

However, another part of the displaced civilians is refusing to return to their homes in the villages of Busra al-Harir, al-Harak, Saida, al-Surah, Nahitah and Kahil, according to the SOHR. This part will likely be allowed to leave towards the opposition-held areas in northern Syria.

Under the agreement, the Russian Military Police will be deployed in southern Syria in order to facilitate the return of more than 100,000 civilians who were displaced as result of the recent battles there. Later, the Syrian Police and security forces will be deployed there, while the Syrian Arab Army (SAA) will be deployed along the border with Jordan and in its former bases.

The agreement is yet to be official announced by the FSA, as many commanders in the western Daraa countryside and the southern governorate of al-Quneitra are standing against it. This issue will likely be solved soon peacefully or militarily.

return at the peace and securited!!

Jordanian nation will be happy that Syrian brothers returned to their homes finally. Now the motorways and railways have opened between Damascus and Amman for goods and people transportation.

The few refusing to reconcile are fools, only delaying the inevitable, they will either fight to the death in Dara’a or Idlib or Afrin, wherever they go the army will catch up to them!

Many are Foreigners so what do you expect , the Jordanians thought close to 40k and numbers by Syria well over 20,000. The Foreign FSA/HTS are headed to Idlib no returning to Jordan for them.

More Good News. Another BIG nail in the coffin of the Yanki Warmongers

Oh Solomon kupec your jihadi friends are throwing in the towel, go back to what you Israelis do best, murdering unarmed Palestinian men, women, and children. Oh and speaking of them how many millions of Palestinian refugees have you kazarian parasites allowed to return. Yeah thought so solomon kupec now fuck off.

“…However, another part of the displaced civilians is refusing to return to their homes in the villages of Busra al-Harir, al-Harak, Saida, al-Surah, Nahitah and Kahil, according to the SOHR….”

Those are not necessarily their homes and the ‘civilians’ may not even be Syrian citizens. There are many foreign jihadis and families that simply moved in to abandoned houses of pro-regime residents that fled a few years ago (or were killed) when al Nusra and/or the FSA took over. The Russians are there helping the legitimate SYRIAN residents return to their villages, not just anyone in the crowds if refugees at the border.

Interesting to watch how this develops. The Russians did not offer the green bus option this time. They didn’t need to – the head-choppers are finished. Plus, too many people to move and many not even Syrian. The conditions were surrender to the government or we’ll continue blowing the hell out of you until you change your mind. That’s it. The foreign head-choppers and families are the ones whining about not being offered green buses now that they know can’t flee into Jordan or the Golan – that’s why they’re refusing to surrender. I suppose there’s a few FSA fanatics that are actually from Daraa but would rather go to the promised head-chopper land of Idlib rather than live under Assad’s rule. Screw them – they can walk.