UPDATE: According to Iranian media, the death toll gew to 41 people, including civilians.

On February 13, 20 service members of the Islamic Revolutionary Guard Corps (IRGC) were killed and 10 others were injured in a suicide bombing in the Chanali area in the southeastern Iranian province of Baluchestan, according to Iranian media.

The explosion reportedly targeted a bus carrying IRGC forces on a road between the cities of Zahedan and Khash, close to the Pakistan border.

Jaish al-Adl (the Army of Justice), a Sunni militant group operating in this part of the country, has claimed responsibility for the attack.

Lets see how hard Iran hits back…last time around its was a good show.

There are 20,000 Wahhabi, MEK and Zionist trained terrorists paid for by the CIA, Saudis and Emiratis operating from Pakistani occupied Baluchistan. Iranian military is stretched and simply does not have modern weapons to hit back. The only rational option for a weak state is to secure its borders by building a wall and flooding the region with troops and build fortifications every 2 kms to back each other up as India and Morocco have successfully done. The Saudis are paying the corrupt Paki cowards to commit terrorist acts in Iran and this is just the beginning.

masterminded from tel aviv most certainly. pakistan is on speaking terms with iran and a pipeline for gas is or will be built to pakistan and paid for by china – another possibility is that it’s donny’s son in law kushner that has arranged the violence.

Wahhabi rats were finally able to do a major terrorist attack after literally decades of trying and hundred of millions of dollars spend by their Zionist masters.

the beginning of the last chapter……

Sadly, this is the biggest loss the IRGC has suffered since Saddam’s invasion with 27 confirmed dead and 10 wounded and this was expected as the Saudi pig MBS is in the begging bowl of Pakistan and the corrupt CIA controlled ISI had to show something for the $9 billion charity the Paki scum got from the Saudi masters. This terrorist attack has also the hallmarks of ISI, MOSSAD and CIA trained Wahhabi madrassa terrorists operating from Pakistani occupied Baluchistan. It is also an indictment of Iran’s weak domestic and foreign intelligence services that have never been re-constituted since the 1979 revolution on a professional basis. As I have been posting it is very easy to seal off the Paki terrorist border as india has done and Morocco which is far less prosperous country has done in Western Sahara. The border from Taftan to Chah-Bahar is flat sandy rocky desert and a electrified wall, sensors and forts are very easy and cheap to construct. However, you need educated people to think strategically, which the corrupt mullahs lack. Americunts and Zionists have detected a weakness in Sistan and will exploit it to the full. The CIA and Saudi/Emirati scum have allocated $3 billion to destablize Iran’s eastern borders and they are now training 20,000 Wahhabi and MEK terrorists at Chaman and Ziarat in Pakistan to commit these terrorist attacks. Unless Iran floods the region with troops backed by helicopters this terror war is about to get worse. 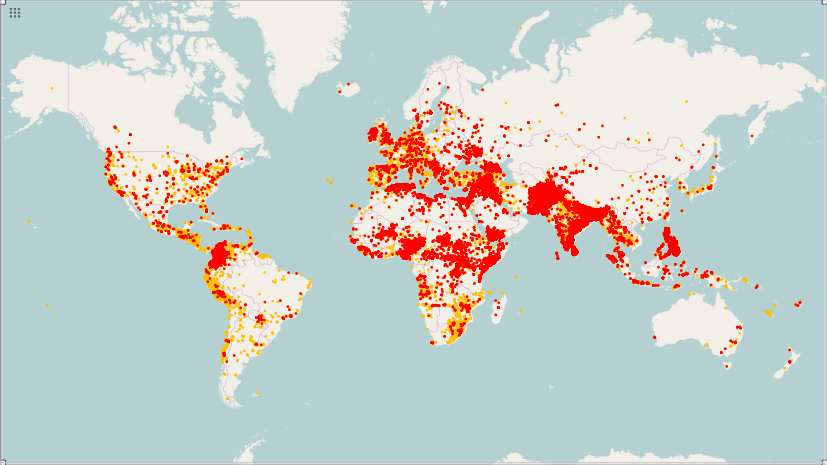 India and Pakistan are ranked 7th and 5th in the number of terrorist incidents in the world while Iran is one of the safest countries in world; safer than the US, the UK, France, Russia, China and Germany

It doe not a genius to know that Pakistan’s ISI is arming terrorists in Paki occupied Baluchistan and this will get worse as the Saudi pig MBS is in begging bowl Pakistan to fund terrorism. This was Paki thank you attack to please their Saudi masters. Iran needs to seal off the Paki border like India has successfully done and all attacks have stopped in Punjab and Kashmir. The Paki pig Raheel Sharif who is mercenary in Saudi Arabia is organizing these terrorist attacks from occupied Baluchistan. Iran and India need to cooperate and start arming the BLA (Baluchistan Liberation Army) that since 1970’s is fighting to get independence from Paki scum. The first step any logical government would do is to close the Paki terrorist border completely and build forts and berms to stop infiltration. Sadly, the mullah regime has no professional intelligence service and the poor IRGC is losing lives because of lack of leadership. In the Shah’s days a single terrorist incident happened in Baluchistan in 1973, and Iran sent a whole special forces brigade backed by Ah-1J Cobra and Chinook CH-47 to wipe out the terrorists inside Paki occupied Baluchistan. The Shah did the same in Oman. Iran back then was the regional superpower with a first rate foreign intelligence service that kept tabs on all the neighboring states. Now the illiterate mullahs have gutted the educated class and the tragic results will get worse.

I dont understand these people, never will.
Sunni suicides blowing up for shekel/dólares innocent public, which only cause sorrow for the killed´s families. Life cannot be more absurd.

smells of tel aviv most certainly, directly or indirectly

a three point schedule to finish off the criminal squatters now.

a) any country that at one stage recognized israel is free to de-recognize israel since the first step, ‘the recognition’ was given on the understanding that israel should become a law abiding country respecting human values as expressed in the United Nations declaration and abide by the Balfour declaration, viz ” it being clearly understood that nothing shall be done which may prejudice the civil and religious rights of existing non-Jewish communities in Palestine,”and since the squatters are in breach of every aspect of the United Nation’s charter on human rights/values as well as the Balfour declaration, it is an obligation of any country that once recognized israel to now de-recognize it and thus remove the legal justification for its existence.

A country that wantingly shoots and kills stone throwing kids and operates a concentration camp a la hitler’s dachau and where forced starvation is part of the camp’s prominent feature of ethnic cleansing and where land thievery is a daily routine deserve no respect and must for that reason, after 100 years of breaching every law in sight, be discontinued. the squatters have forfeited every right a sovereign country holds.