A research, conducted by the Russian state owned polling agency VTSIOM shows that the majority of the Russian citizens believe that Crimea’s annexation has been a right and beneficial decision for both sides. 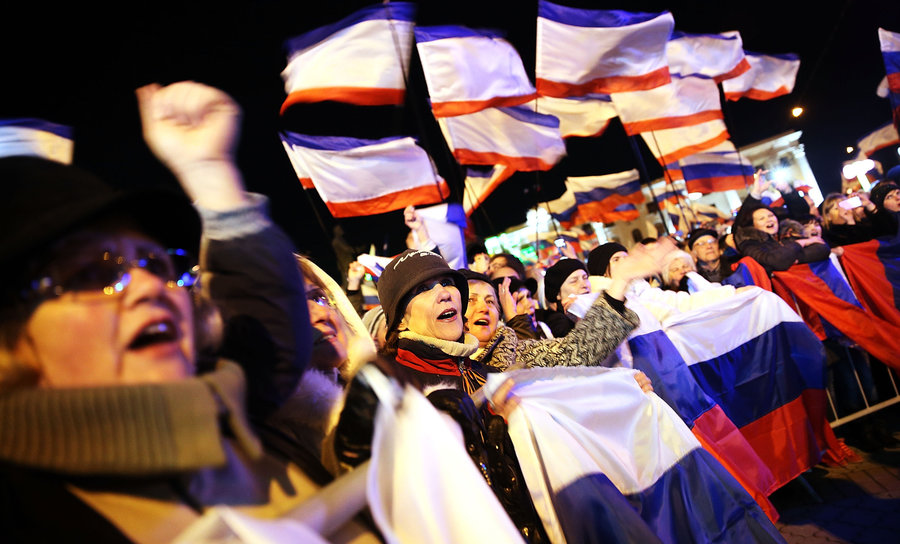 When asked what is their attitude towards the reunification with Crimea the overwhelming majority of 95 per cent of the Russians answered that they feel positive about it. Among with this fact, people also believe that this change has had positive impact on the Crimean population as well. VTISOM research shows that three per cent of the asked people expressed negative attitude towards the accession, and two per cent reserved their judgement.

VTISOM said that when comparing this research to a data released by them, 2 years ago, it shows that the share of Russians who felt positive about the historian step was slightly lower than 86 per cent.

The research also asks the respondents about their opinion on the anti-Russian sanctions that were imposed following the Crimea’s accession into the Russian Federation. According to the published data, three quarters of the asked said that Crimea was only an excuse for the Western countries to impose the sanctions and they would have done it anyway.

20 per cent thought that Russia was not going to be sanctioned if it hadn’t added Crimea to its territory, while 5 per cent reserved their judgement.

VTSIOM’s General Director Valery Fyodorov expressed an opinion in a recent press conference that the results were showing the rightness of the taken decision 2 years ago.

“The rightness of the historical choice made in March 2014 is being fully confirmed by the results of our polls. Russia is with Crimea and Crimea is with Russia, and this will be so for a very long time if not forever. The difficulties of the transition period haven’t forced the people to hesitate over the correctness of the decisions made two years ago,’’

The numbers among European citizens are not that positive. According to separate researched, conducted by the English Populus and the French Iflop private companies one third of the Europeans and one quarter of the Americans believe that Crimea belongs to the Russian Federation.

Among the asked people in the European countries, the data shows that 39% of the Italians, 37% of the aske Germans and 33% of the UK responders feel positive about the accession of Crimea. In the United States 26% said that Crimea was part of Russia, and 42% of the respondents said that they are not familiar with the Crimean issue.