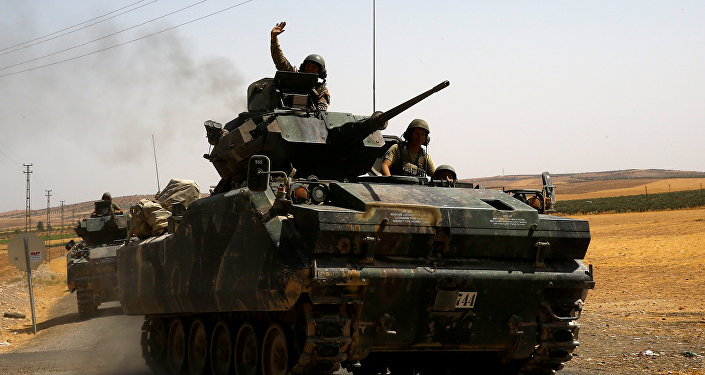 Two Turkish soldiers were killed and 15 others “slightly” injured in clashes with ISIS militants in the Syrian city of al-Bab on Wednesday, the Turkish military said in a statement.

The statement added that 58 ISIS terrorists were “neutralized” in northern Syria in the last 24 hours by Turkish forces.

Heavy clashes are now ongoing in the western outskirts of al-Bab where the Turkish army and pro-Turkish militants are attempting to advance against ISIS terrorists holding the important town.

Big deal.. Al-Bab has been promised to the Turks anyway, courtesy of Putin-Erdogan newfound friendship..

I always wonder why never ever any civilians die when NATO bombs the hell out of a city.